WordPress plugins are typically used by two groups of people: WordPress web site owners, and developers. It’s important to meet the needs of both sets of users.

Developers may be people with a basic level of WordPress / PHP knowledge, who want to tinker with your plugin. They may also be experienced WordPress developers who want to use your plugin to provide specific functionality to a client’s web site.

If you’d like an introduction to plugin development for WordPress, Tim Smith’s article WordPress Plugin Development is worth a read. 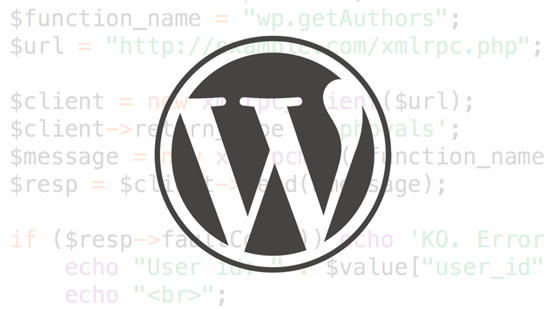 The main reason is you’ll help prevent developers from having to edit core plugin files to achieve the functionality they require.

In turn, this reduces the number of support requests and potential frustration from developers who make changes, only to find their changes are reverted in a plugin update.

Developer-friendly plugins also mean you’re more likely to get valuable feedback from more experienced developers, who may have extended your plugin’s functionality and are happy to provide their code enhancements. This allows your plugin to naturally grow, and become more stable, secure and useful to a larger audience.

There are several ways to make your WordPress plugins developer friendly, and today we’ll cover using WordPress’ Actions and Filters.

Actions and Filters: A Primer

One of the core features of WordPress is its Plugin API. Specifically, this provides Filters and Actions, also known as hooks, which ‘hook’ into WordPress’ core at specific places.

Actions allow us to run a specific function at a specific time. For example, if we wanted to send an email when somebody attempts to retrieve their password, we can use (or ‘hook’ on to) the retrieve_password action:

Therefore, our code would be updated to include a function that does something when the retrieve_password action is executed:

Filters work in a similar way to Actions, except they allow us to modify the data that’s being returned, output or passed in a routine. For example, if we wanted to always prevent users from requesting a password reset email, we can hook on to the allow_password_reset filter, by registering our filter:

This returns false to the main variable in WordPress, which determines whether password reset requests can be executed.

Adding Actions and Filters in Your Plugin

There are two main ways of determining where to run Actions and Filters:

This allows developers and end users to get the functionality they require, without making large changes to your plugin’s core. It’s also a useful model to test drive new features as plugins, before merging them into your core plugin.

This one is a bit trickier. Developers tend to build solutions to short term, immediate problems. Good developers will also look to ensure extensibility, so that these solutions can be reused, scaled or extended in the future.

Wherever you see the potential for this to happen, but you don’t have a specific use case just yet, it’s time to insert an action or filter call.

WordPress to Buffer Pro is a WordPress plugin which I’ve developed over the past few years. I received more and more requests to add or remove functionality – specifically, some developers wanted fewer scheduling options for their end users of the plugin, and some wanted more.

To meet the needs of all developers, and their end users, I built the following function:

The key code here is the final line, where we return the result of the apply_filters call. By introducing apply_filters, WordPress will check for any registered filters in the WordPress theme or other plugins, which have been registered using add_filter.

If any filters are found, they’ll be executed at that point.

Therefore, whilst the array of schedule options are defaulted to 4, a developer can now build their own function, register it via add_filter and choose to only return 2 options:

The add_filter call has two numeric arguments at the end:

Actions work in a similar way; simply add do_action() calls to your plugin’s code where you’d like developers to optionally hook their own actions into:

Developers can hook into this action using:

We’ve discovered how WordPress allows developers to hook into key actions and amend variables within the WordPress core, without making code changes to core code. From this, we’ve then extended the principles of Actions and Filters into our own plugin, to demonstrate how we can allow developers to modify and extend our plugin code, without making changes to our core plugin.

Next time, we’ll look at how to document Actions and Filters, as well as how to provide more developer-friendly documentation.

Making Your Web Design Mobile-Friendly in Minutes With FoundationThomas Bassetto