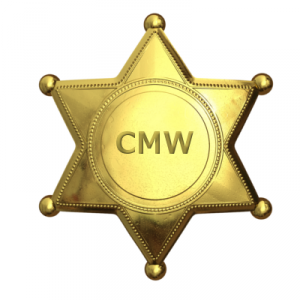 Every week a group of Ruby Enthusiasts get together in a Virtual Roundtable and explore/discuss/argue some aspect of the Ruby language or the Ruby community. They allow the rest of us to listen in on their discussion by way of the Ruby Rogues podcast. The podcast can be accessed on iTunes or on the website and offers a ‘fly on the wall’ view of a great bunch of technology savvy people sharing their ideas and opinions.

In this series of articles I will share the results of my interviews with the members of this special group.

We begin with the Leader and Founder of ‘The Rogues’, Charles Max Wood.
He describes a little about himself, his background and unlikely inspiration that led to The Ruby Rogues through TeachMeToCode.

“Tell us a little about yourself, Chuck”

Thom: You are the leader of the extremely popular Podcast, Ruby Rogues.
For now, pretend that this is a podcast and you are a guest. “So Chuck, tell us a little bit about yourself“.

Charles: All right, well, I was born and raised in Utah. I’ve worked for a handful of companies in Utah. I actually started out doing Tech Support and moved from there into Ruby programming. I have a degree from Brigham Young University in Computer Engineering, which is more hardware oriented than software.

Thom: So when and how did you discover Ruby? I would bet it is the story that everybody seems to tell: Rails brought you to Ruby.

Charles: Yes and no. Mostly yes, I would have to say. I was working Tech Support for a company called Mozy. They do online backup. I’d been working in Tech Support at Brigham Young University while I was going to school for four or five years. So I got this job in Tech Support, it was a real easy transition, because I was pretty familiar with Windows and Linux and everything.

I was answering customer emails about how to use Mozy (Mozy at that time was Windows only) but I made the transition and after I’d been there for about four months, the product was featured in The Wall Street Journal, Walt Mossberg actually reviewed Mozy. So all of a sudden our support load went way up because we had a whole bunch of new people signing up for the service to get their computers backed up.

There was only two of us answering these emails and we just got totally slammed. We were under pressure to keep up and Walt Mossberg was slightly unhappy that some of the Tech Support requests were taking longer than he would’ve liked to get answered, and so we decided that we would write a program that would basically queue our emails, so that we could just answer one, and it would immediately pull up another one.

Charles: Since I had taken the programming classes and had a degree in a related field, programming wasn’t that big a deal for me. So it just worked out.

So we started building the system to queue all of the emails and it kind of grew from there into a full-on Tech Support system.

Charles: Right. We hired more Tech Support people and we didn’t have a QA department at the time, and so part of the things that I picked up was writing automated tests, where I could, for testing the product, so that it would go out with fewer bugs and thereby lighten our Tech Support load.

By the time I actually looked up and realized where things had gone, the guy that was senior to me in Tech Support had moved over to the sales department to help them with their technical needs, and I was running a 30-person department in this start-up, and I was like 25.

Charles: It was crazy, and a lot of the success was due to the fact that I was willing to just pick up the keyboard and write some code.

Well, the company got acquired by EMC Corporation and there were some other political things going on, I decided I really didn’t want to manage all those people, I just wanted to write code — which was a total shock for me because in my computer science classes, I was like, “All right, so these guys get paid to write these toy programs and there’s no fulfillment in this for me, so I really don’t want to be a programmer.”

Well, by the time I got done at Mozy, I was like, “I want to be a programmer. This is where I want to be.”

So I moved to QA, I did QA for six months and then during that six months, the guy I was working with, he looked right at me and said, “You’re worth more than this, go get an offer, bring it back, they’ll probably match it and keep you.” So I went out, I got an offer, they didn’t match it and I went and took my first programming job!

I worked for a consulting firm and then after that, I worked for a Lead Gen firm, I hated those guys, so I left and I went and worked for a company, I don’t know if they’re still around, CrimeReports.com, I was there for about six months. They were a great company, they hired the wrong marketing manager, things started to go south as far as their ability to afford the number of employees they had, so I got laid off, decided that I wanted to do freelance, and I’ve been a freelance web developer for about two-and-a-half years now.

Why begin a Podcast?

Thom: How did the idea for the podcast come about?

Charles: So I’ve kind of set the context for that. When I was in QA at Mozy, I was working with another guy, his name’s Don, and he bought one of these brand new iPods. I thought the iPods were really, really cool. So I checked it out and I really wanted one!

He said, “Yeah, well, the best thing about the iPod is that you can listen to these podcasts.”
“Well, I’ve heard of podcasts, but I don’t have an iPod,” I said.
“Yeah, but you’ve got iTunes on that Mac that you’re using right there.”, he said.
So I started listening to podcasts and I realized that it was really kind of a cool thing to be able to listen to people talk about stuff that I cared about.

So I was listening to Rails Envy, with Greg Pollack and Jason Seifer, and I was listening to a few other up and coming podcasters talk about programming and talking about all kinds of other stuff that I was interested in at the time as well. It was really funny because I was like, “Well, it would be kind of cool to start a podcast.” So this was back in 2008.

At the same time, a friend of mine, Eric Berry, started up a website called TeachMeToCode.com, and he was doing video tutorials on different things related to Ruby and Rails. Some of it was actually like, “Here’s how you build a Twitter clone with Rails.” Stuff like that.
So he recruited a bunch of local guys to do videos for him. So the first thing that I did was actually, “Here’s how Rails routing works,” a video for TeachMeToCode, and this was back in August of 2008.

So I sent an email out to Greg Pollack thinking, “Gee, well, he’s a busy guy, probably doesn’t care about some novice programmer out here in Utah.” I basically said, “Hi, Greg, my name’s Chuck, I like your show, I’m a Rails developer and I’m thinking about starting a podcast.” Well, I got an email back the next day, “Holy cow, that’s so awesome! You should totally start a podcast!”
I was like, “Well, I don’t want to do the same thing you’re doing,” and he suggested “Well, you don’t have to. Why don’t you do one of these couple of things?” One of the things that he recommended was that I interview other programmers.

Gregg is a super guy. You can blame Greg for all the stuff that I’ve done since then.

Thom: I will next time I see him. Or, maybe, he will read this!

Charles: Then I wound up meeting him at a conference and he was my first guest.

Charles: So I interviewed him in October of 2008. I started interviewing other people, or I’d just get on and talk about Rails, because I thought it was cool; if I couldn’t line somebody up to talk. Believe it or not, people started listening to what I was putting out there, and I was totally shocked.
I thought, “Well, I’ll just put it out there and a handful of people will listen to it.” No, it really was a hit. People cared.

Then Eric, who was running TeachMeToCode, moved into doing more Groovy on Grails stuff.
He decided that he was going to turn TeachMeToCode over to somebody who was still doing Ruby because most of the videos were Ruby related and he was whole hog into Grails and he didn’t really want to transition the site away from its audience.

So since I was doing the whole podcasting thing and I was having success there, he decided that I was the person to do that. He turned it over to me and I produced videos for TeachMeToCode for probably a year, two years, maybe longer, I don’t remember. It’s been quite a while since I’ve put a video up. I did that for a while and people started to know who I was and at the same time, I was interviewing all of these awesome Rubyists.

So over the course of the years that I did what started as the Rails Coach podcast and later I changed the name to the TeachMeToCode podcast. I interviewed people like James Edward Gray, Dave Thomas. I’d read somebody’s book and invite them on the show, and it was awesome. I met all of these just incredible people, I talked to Corey Haines and so I had all of these contacts out in the Ruby community of people that I had interviewed over the course of those same two or three years.

Come back tomorrow for the conclusion of this interview with Chuck!

A self-proclaimed ParaHacker and avid Logophile, Thom has been writing software since the days when ALL telephones had wires. Leaving Fortran and COBOL behind and having become bored with Java, Thom is currently a Serial Rails Developer living in The Sunshine State. When not working on Open Source projects, developing articles and tutorials for Learnable, or helping to manage the Sitepoint Forums as a Team Leader, Thom is playing Euro-Games. With a reputation for puns and wordplay, Thom calls himself an avid Logophile and Polyphiloprogenitive Programming Polyglot.