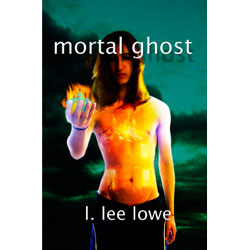 L. Lee Lowe is an American-born novelist living in Germany and working on her second novel. By itself, that’s not very unique, but what caught my attention about Lowe is how she publishes her novels: via blog. Lowe’s first book, young adult fantasy novel titled Mortal Ghost, was serialized via blog last year with great success. The book is still being downloaded at a rate that would make most self-published authors green with envy.

Lowe put up a preview of her second book, Corvus, last summer after the weekly chapter-by-chapter publication of Mortal Ghost had concluded, and plans to publish it in the same manner later this year. Lowe’s blog serialization is an interesting way to get long tail, long form content out to the reading public and start building a base of true fans, which I would venture to to say she has accomplished.

We sat down with Lowe for an interview about the ins and outs of this unique self publishing format.

SitePoint: How did you decide to push out your work this way? Did you look into traditional publishing or query any publishing firms or agents?

L. Lee Lowe: Once upon a time in fantasyland I wrote a novel and then a synopsis, read up on the internet how to do these things, and sent my half-dozen manila envelopes off to publishers and another half-dozen to agents. Within a month or two I had a collection of rejection slips, one potential agent, and one actual one. It seemed too good to be true. And when things seem this way, they usually are.

Good writing is essentially rewriting. It had taken me two years and considerable rewriting and revising to produce the novel which gained me an agent’s contract. Six months and one major agent-prompted rewrite later, it began to dawn on me that I didn’t want to be told how to write — at least not by an agent, no matter how reputable, whose main objective is to produce a saleable manuscript. Perhaps it’s that I’m too old to desire any sort of literary career. More likely, I’m too ornery.

And there was the internet, willing to take me exactly as I am. Or so I thought. Now, three years on, I know better. Everywhere there are gatekeepers and power brokers and commercial interests, and the lit bloggers, many of whom are awfully keen to make the bestseller lists themselves, have little interest in the true indies — the writers like myself who have no interest in an editorial stamp of approval.

So what was your next move?

In July 2006 I began to serialise Mortal Ghost, my first novel, in weekly instalments from a blog. Through the help of a fellow blogger, I also found a drama student, Bill Uden, who was willing to read the podcasts. The sound department of his college – Coleg Sir Gâr, Wales — undertook recording and producing the audiobook as a hands-on student project which eventually involved more than thirty students as well as staff.

Did you consider self publishing, or print on demand (such as Lulu or Amazon CreateSpace)?

Just recently I issued a POD edition of Mortal Ghost, first for family archival purposes, then to comply with a reader’s request. I charge no royalties, only the actual cost of production, since this is merely a reader service. However, I found it useful to have print copies to give as gifts and hence plan to POD my next novel even before serialising it online, to send to my beta readers for critique. Most of them still prefer print for a longer work.

Can you talk a little bit about beta readers? Are these family and friends offering first pass feedback, or are you approaching novel writing more like software development, with a group of qualified “testers?”

Family and friends don’t make for the best critics! I don’t want a pat on the head, but an honest and brutal critique. The beta readers are more like qualified software ‘testers’ in that they are all professionals of one sort or another, and I’ve chosen them to help me most particularly with what I perceive as my weaknesses — plot, for example. One reader is a published children’s author, one a YA librarian with extensive awards committee experience, one a literature professor, and one a mathematician and software engineer. The latter is a real find, because someone needs to scrutinise the science in my science fiction. And I’ve got to know all of them online, and in fact have only met one of them, very briefly, in person.

How successful have your serialized blog novels been? (Can you share any traffic numbers?)

So far I have only serialised one novel, my YA fantasy Mortal Ghost, but after three years of work on Corvus, hope to be able to begin serialisation in autumn.

How do you measure success? If you are talking about the quality of the work, I’m far from satisfied — the flaws in Mortal Ghost make me cringe. Reader feedback has been mixed — some people love the novel, others hate it, and the majority are silent, so it’s difficult to know how representative the commenters are.

As to numbers, it’s a tricky game to play. Hit and download figures work better for blogs and websites than longer works of fiction, since such figures don’t reveal how many people actually read the novel in its entirety, or even more important, how closely. I suppose you could say I’m moderately successful, but nothing like the big names, usually SF writers like the ever-popular Cory Doctorow. On average there are 50-100 downloads of the PDF file of Mortal Ghost per day, plus a fair number of people who read online or from sites whose statistics are inaccessible to me (BitTorrent, for example). The podcasts are particularly popular, and there have been about 250,000 hits to date at the podcast site and about 23,000 downloads of podcast episodes.

You don’t run any ads on your site and sell your POD book at cost. Do you have any plans to make money from your work?

No, not at the moment, and probably not at all. It seems to me that the effort to earn what would be, realistically, a very small amount is better directed, in my case — at my age — towards learning to write better.

How did you get the word out?

Very haphazardly! I’ve registered my novel at all the suitable ebook and podcast sites I could find, joined some writing and discussion forums, and contacted the bloggers who might be interested in my writing, for example those who write about fantasy or YA literature. The social networking sites like MySpace have been largely unproductive. But I’m not very good at publicity, and to do it well takes a great deal of time and effort, which I’d rather channel into my fiction writing.

Have comments and feedback people left on chapters/posts actually influenced the direction of the book? Or, do you write first then blog?

I read all feedback carefully, but am equally careful not to let it influence me very much. Of course I correct typos, and if a suggestion is particularly good, I pay attention, but in fact the comments have had an unexpected result: a sense of independence from popular opinion and confidence in my decision not to seek conventional publication, about which I was ambivalent at first. From comments and feedback I’ve learnt a certain amount about (online) reader expectations — a ‘grab-me’ style, for example, or lots of action. However, mostly I have no intention of fulfilling these expectations. I don’t want collaborators. Writing, like reading, is intensely personal. I don’t write to satisfy someone else, only to challenge myself. Readers will have to look after themselves.

Since you’re planning to serialize your next novel this fall, it sounds like you’ve hit upon a publication format that really works for you. Do you think you’ll ever try the traditional publishing route again?

It’s always risky to predict the future, but the way things look now, I doubt it. And anyone who wants to earn money from my work will have to query me, not the other way round.

Do you have any advice for would-be novel authors out there?

Read and read and read — all genres, not just what you’re planning to write. Include poetry (where language is stretched to its limits), nonfiction, drama, graphic novels, cereal boxes — in short, everything.

Write and write and write: worry most about learning your craft, not about selling it. And be patient with yourself as well as disciplined: I reckon it takes a five-year apprenticeship, full-time, to begin to approach competence; probably, however, closer to ten years.

Remember that a writer also needs lived experience, otherwise how can you know if what you write is authentic? And preferably a wide range of interests to feed your imagination.

SitePoint Podcast #188: The Art of Explanation with Lee LeFeverKarn Broad