HTML 5 has been a subject of great debate, much enthusiasm and a little confusion in the past year. In some corners, HTML 5 is being praised as the savior of web design and maybe it will be. Who knows? As a design nerd, the news I’m interested in is the World-Wide Web Consortium (W3C) recently unveiled a new logo for HTML5.  The logo is not yet the official logo but has been introduced in order to build community interest and spirit. If, as the W3C hopes, the community embraces the logo, W3C will adopt it as its own official logo for HTML5 in the first quarter of 2011.

The logo is a simple shield with two shades of orange used to convey a bend in the shield and a large, stylized number 5 in white. It certainly has a touch of the superhero about it. Why did the design firm choose orange?  “Orange implies excitement, yet with undertones of caution. Orange grabs your attention, but doesn’t scream for it… Sexy with a safety net, organized, powerful and lasting. HTML5, this logo, and orange go quite well together”. 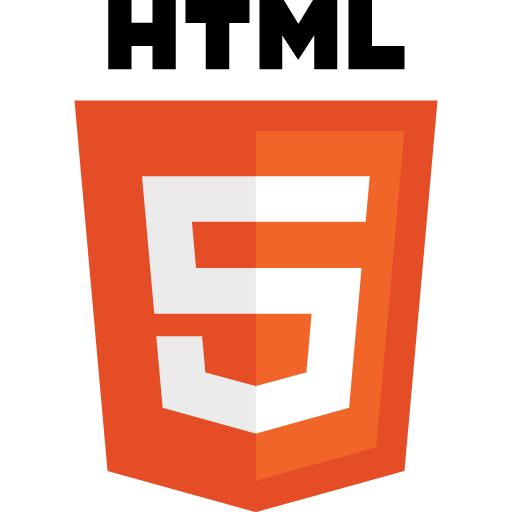 The logo was created by design agency Ocupop. Designer Michael Nieling said in a statement, “The term HTML5 has taken on a life of its own; there has been significant confusion and debate both within the developer community and in the public at large as to what exactly HTML5 is when the term is used outside of simply referring to the spec itself… The standard needs a standard. That is, HTML5 needs a consistent, standardized visual vocabulary to serve as a framework for conversations, presentations, and explanations.”

It stands strong and true, resilient and universal as the markup you write. It shines as bright and as bold as the forward-thinking, dedicated web developers you are. It’s the standard’s standard, a pennant for progress. And it certainly doesn’t use tables for layout. 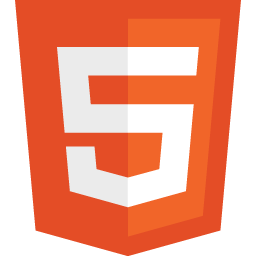 Using the logo on your site or blog does not imply validity or conformance, but rather your support of the concept. The HTML5 logo is licensed under Creative Commons Attribution 3.0. All logos on the site are free to use and “reimagine”, which is a good opportunity to get their hands dirty and play around with it. And if you really love the logo, there are (free) stickers and T-Shirts available too. 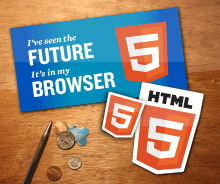 What do you think about the new HTML 5 logo? Is it “sexy with a safety net”?