Mobile applications are all the rage these days. Native apps run on a mobile device’s operating system and must be adapted to run on different devices, whereas Web apps run in a browser context and are accessible to all Web-capable mobile devices.

Native apps currently dominate the mobile app landscape, a fact borne out by the success of Google’s Android and Apple’s iOS platforms. Perhaps Mozilla’s fledgling Firefox OS mobile operating system for running Web apps may erode some of this marketshare.

This article begins a two-part series that shows you how to get started with Firefox OS. I first introduce you to this mobile operating system, and then show you how to set up a development environment based on the Firefox OS simulator.

Firefox OS is a Mozilla-developed open source mobile operating system for smartphones and tablets. It’s based on a Linux kernel, and boots into a Gecko-based runtime engine that lets users run apps written in HTML, JavaScript, and other open Web application APIs.

Firefox OS is implemented as an open Web technologies stack that consists of three major layers:

On July 25, 2011, Dr. Andreas Gal, Director of Research at Mozilla Corporation, announced the Boot to Gecko (B2G) project — Firefox OS was originally known as Boot to Gecko. This project’s goal: build a complete standalone operating system for the open Web.

Why create another, albeit Web-based, mobile operating system? Mozilla created B2G/Firefox OS for the following reasons:

For Firefox OS to be a complete OS, it has to allow Web apps access to all important device capabilities that native apps can access. Firefox OS looks for those gaps that prevent Web apps from being the equal of native apps and provides the needed APIs.

Firefox OS can run on many Android devices, including those from Samsung. It has even been demonstrated on the Raspberry Pi. Also, Geeksphone is providing the first developer preview devices for this OS — see Figure 1.

In February, Mozilla announced plans to globally roll out Firefox OS on inexpensive mobile devices. It has partnered with LG Electronics and other companies to make devices that run this OS, and with mobile network providers such as Telefónica and Deutsche Telekom.

Setting Up a Development Environment

If you’re familiar with HTML, CSS, JavaScript, and other open Web technologies, you already have a head start on developing apps for Firefox OS. However, you first need to set up a development environment. The simplest solution is to use the Firefox OS Simulator.

Point your browser to Mozilla’s Firefox OS Simulator page to obtain this add-on for recent versions of the Firefox browser. Version 3.0.1 is the latest version at time of writing.

Click the Add to Firefox button to download Firefox OS Simulator. On the resulting Software Installation dialog box, click the Install Now button. After a few moments, Firefox OS Simulator is installed and a new entry is added to the add-ons screen.

Select Tools | Add-ons to display the add-ons screen. Because Firefox OS Simulator is initially disabled, you must enable it by clicking this add-on’s Enable button. 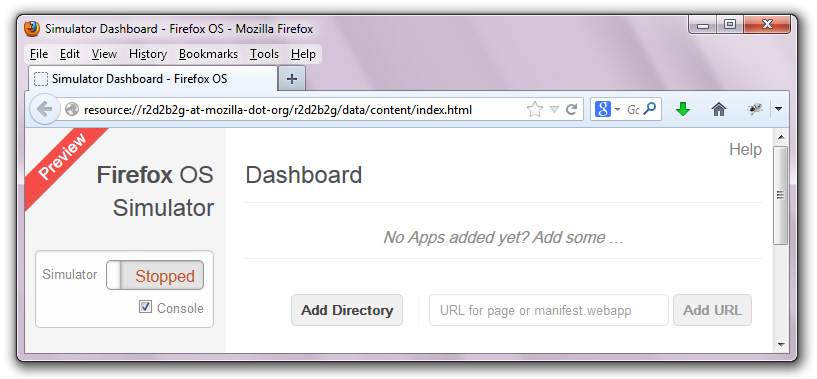 Figure 2: The dashboard lets you start and stop as well as add apps to/remove apps from the simulator.

You can start and stop the simulator, choose whether or not to display a console for viewing messages, and add apps to/remove apps from the simulator. Each added app also appears on the dashboard. 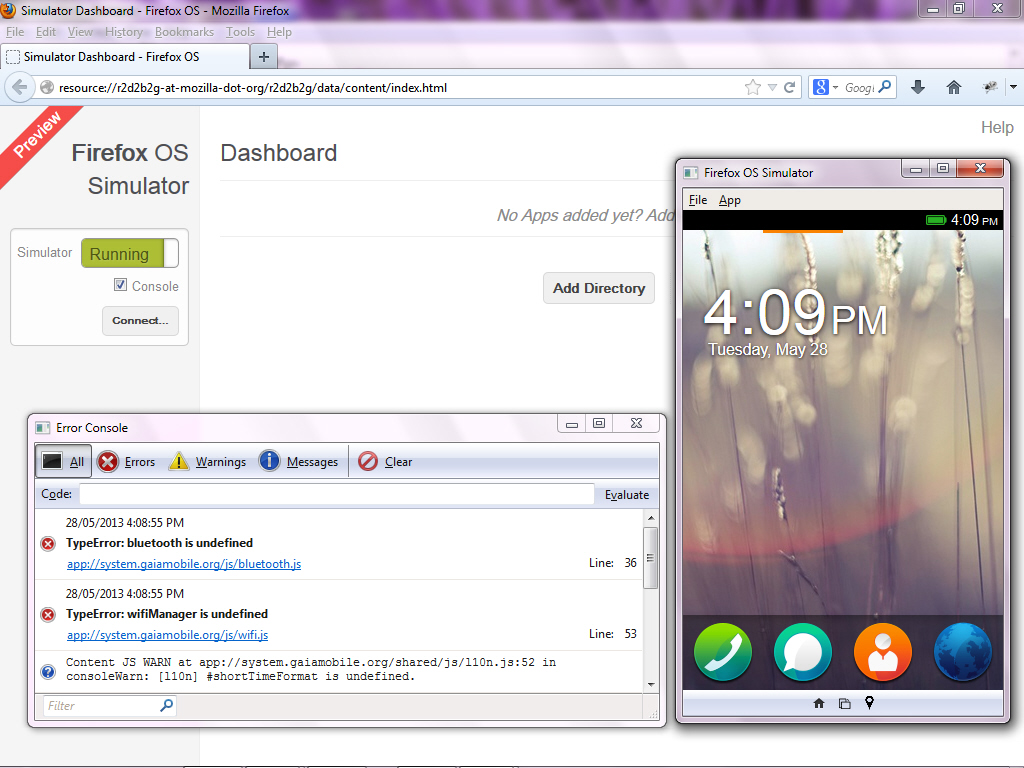 Figure 3: When the simulator is running, a Connect button appears on the dashboard for connecting to a remote device, for debugging purposes.

The simulator presents a home screen with a status area at the top, an area for viewing application icons (drag the mouse to the left/right to view them) below, a toolbar of commonly used icons (e.g., phone) below, and a toolbar with the following iconic buttons at the bottom:

I’ve introduced Firefox OS and shown you how to set up a simple development environment based on the Firefox OS Simulator. In the second part of this series, I’ll introduce you to hosted apps and packaged apps, and show you how to create them.

Getting Started with FuseWern Ancheta

Getting Started With The Particle PhotonPatrick Catanzariti

A Tutorial on Getting Started with HoodieSyed Fazle Rahman

Getting Started with Firefox OS: Hosted and Packaged AppsJeff Friesen