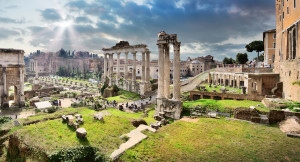 Have you ever wanted to set up a forum for your website? There are tons of solutions out there that you can use for this task. However, what about a forum that is integrated directly into your Rails app? One that can be modified the way you want? A while back, I tried to answer exactly the same question and found that there are only a few forum gems available.

Searching for a Perfect Forum

First of all, there is Altered Beast. It used to be somewhat popular, however it was last updated 5 years ago and it does not support even Rails 3.

Forum Monster seems to be a better option. It provides a handful of features and was last updated in July 2013. However, it is not being actively maintained – there are only three commits in 2013 and no commits in 2014.

I also found Savage Beast (seems like forum developers love monsters) but it was last updated in 2009, so no dice.

The last solution I found was rBoard but its homepage says that the project is no longer maintained as it was transferred to Forem. So,I visited Forem’s page and… EUREKA! Forem appeared to be a full-fledged forum engine with an active (well, not very active community) and a lot of useful features, including:

Forem was created (and is primarily maintained) by Ryan Bigg and (at the time of writing) has more than 1300 commits.

In this article, I will demonstrate how to set up Forem and point out some gotchas.

The working demo can be found at http://sitepoint-forem.herokuapp.com.

Some Gotchas (As Promised)

Well, I hope that you’re excited about the features Forem provides and are eager to start integrating it in your app. However, before we get there, I feel compelled to warn you about the problems you might face.

First of all, understand that Forem has no stable version at the moment. It is being actively
developed, so new features might be added and old features may be removed or altered without notice. There is a Roadmap available, but it is really hard to say when version 1.0 will be out.

Also, Forem has some issues that are not yet resolved (some of them are pretty serious) and you may discover new ones, as well. This probably means that Forem is not an option for beginners (however, I encourage you to give it a try.)

Furthermore, Forem currently provides only a single theme which is based on Bootstrap. This theme is partially broken, so you will surely need to tweak some styles or use your own theme.

However, all of these problems can be coped with and Forem is still a very cool forum engine with a lot of
useful features. Also, at this point, it has no viable alternatives.

I will use Rails 4.1.1 but you can implement the same solution with Rails 3

Okay, enough chatting, let’s dive into the coding. Start by creating a new app without a default testing suite:

Here is the list of the gems that we are going to use for this demo:

We will also need a gem for pagination, you can choose either will_paginate or kaminari, as Forem supports both:

If you’re using Rails 3, specify the rails3 branch like this:

To begin, we need to set up some authentication. The cool thing about Forem is that it allows you to choose any solution or write your own from scratch. For this article we are going to use Devise, a flexible authentication system created by Plataformatec. If you are not familiar with it, check the guides. To get started, you only need a couple of steps.

You may want to adjust some settings in initializers/devise.rb (you will definitely want to do so when working with a real app). For the purposes of this demo, the default settings will be okay. When you finish, run another generator to prepare the model:

Devise ships with a bunch of views for login, register, and other forms that you might want to customize. To do that issue this command:

This copies the default views into your app and you can adjust them the way you like.

At this point, we are ready to install Forem. It comes with a nice generator that will ask you a couple of questions to create an initializer file and migrations:

If you chose Devise and called your model User, you can safely hit “Enter” for both questions. Forem’s migrations will run automatically, so we are done with the command prompt.

Open your routes file (note that there are a couple of routes already present – they were added by Devise and Forem automatically) and add a root route:

Then create PagesController and the corresponding pages/home.html.erb view with no content in it. If you are using Rails 3, do not forget to remove the public/index.html file.

Now it is time to tweak our layout.

Note that instead of just using root_path, I’ve specified main_app.root_path. This is because Forem is a Rails engine and has its own isolated routing system. Otherwise, it might clash with your app’s routes. So to access Forem’s routes, use forem.route_name.

The next step is to add a method to your model file:

The forem_name method is used to display the user’s name next to his/her post. Devise only provides an email column, so we use it instead of the name. In your app you might want to add a name column to the users table and provide your users a way to change their name.

Also, bear in mind that Forem uses Gravatar to display user avatars, using email to find the avatar. If you do not have email on your users table, you can add another method to the model file and tell Forem where the users’ emails are stored:

Open the initializers/forem.rb file. There are a couple of settings that you can change here. For now, add this piece of code:

By default, Forem will use its own layout to display forum pages, but we want to specify our own layout. Please note that the documentation says to use Forem::ApplicationController.layout "application" but I’ve found an issue with this setting. As such, we have to stick with Forem.layout = "application". Hopefully, it will be fixed soon.

Forem also creates a couple of files inside the vendor directory. If your application.js already hooks up jQuery (by default it does), remove the //= require jquery line from vendor/assets/javascripts/forem.coffee.js. Now modify the forem.css.scss file:

This line imports Bootstrap theme for Forem (provided by the forem-bootstrap gem). The final task to do is require these two files:

Also, if you are on Rails 4, add Forem’s assets for precompilation:

Cool, we’ve finished with the basic setup. Now you can launch your server, register a new user, and assign admin rights (to do that open users table and switch forem_admin attribute to true). Try to create some categories, forums, topics – everything should be working. Note that, by default, all created topics are marked as ‘should be moderated’ before they are visible to the users.

What about formatting of the posts? Thanks to the forem-redcarpet gem, it should be working fine – even code highlighting is provided. Currently, highlighting is supported by Redcarpet, but I’ve created a pull request proposing to switch to Coderay – you can check it out here.

There are other formatters available, but (as I’ve found out) some of them have problems with quoting – check this issue if you wish to know the details.

Users may also use smileys in their posts provided by emoji. Unfortunately, I’ve found a problem with them when using Rails 4.1 – you can read about it here.

That is all for today, folks! We’ve successfully set up Forem to work with our app in no time. By the way, you can check the real projects that are using Forem here.

If you are having problems while setting up or using Forem, please do not hesitate to open an issue on GitHub providing all the relevant information. Bug fixes and new features are also very welcome, so you can go ahead and clone the Forem repo to start tweaking it right now!

Happy chatting in your newly created forum and see you soon!

A New SitePoint Forum Experience: Our Move to DiscourseSarah Hawk