iOS and Android will shortly receive more competition when Mozilla release Firefox OS for mobiles. A couple of manufacturers are reported to be launching devices in 2013.

Before you comment “meh, whatever”, Firefox OS opens a few exciting avenues for web developers. The whole OS and all native applications are coded in HTML5, CSS and JavaScript. A few CSS styles can change the look of the operating system and there’s none of that Java or Objective-C nonsense. In addition, Firefox OS applications are based on the Open Web App (OWA) standard; they should run on any desktop or mobile browser. Your app should work on iOS Safari, Android Chrome or anywhere else. In theory. But don’t bet on it just yet.

Admittedly, there’s no guarantee that Firefox OS will be a success, but it has a few benefits in its favor: 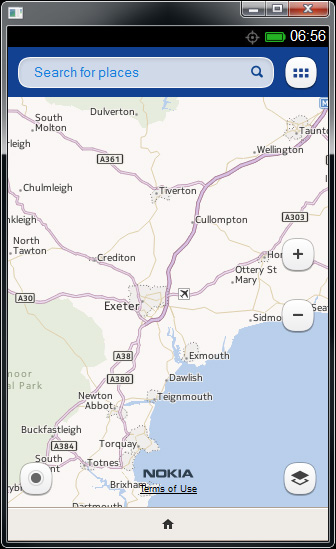 While you can’t buy a Firefox OS phone just yet, Mozilla has released a simulator which can be installed as a Firefox plugin. Head over to http://people.mozilla.com/~myk/r2d2b2g/ and click the appropriate link for your OS. You’ll need to allow the add-on and be aware that it weighs in at almost 70Mb. Once installed, select Firefox OS Simulator from the Web Developer menu and set it running; the OS will open in a pop-up window.

Note the simulator is an experimental release. It’s not stable, it’s not complete, it’s slow and buggy. That said, it’s usable, has a selection of apps and you can install your own. Long term, it should provide a viable tool for Firefox OS developers and anyone interested in testing their site on a mobile device.