The tech industry has a rather bad reputation. Stories of discrimination, disrespect, sexism and outright mistreatment aren’t exactly hard to come by.

More recently, there’s the story of the co-founder of dating app Tinder filing a lawsuit alleging gender discrimination and sexual harassment, after a romantic relationship with her co-worker ended, and the atmosphere at the company became increasingly hostile.

This hostile atmosphere, outlined here, included verbal abuse (including being called “a desperate loser” and a “slut”), having her co-founder title taken away because young female founders made the company “seem like a joke”, and eventually, her ouster from the company.

Those are just two notable examples of an unfortunately prevalent culture. They both happen to involve women, but that’s not where the discrimination stops. In an industry ostensibly aimed at helping everyone to reach their potential, it’s clear that when it comes to issues of equality and respect, the tech world has a long way to go.

Kayla Daniels is one person working to try to change this situation. A North Carolina PHP developer, Kayla is behind The Code Manifesto, a list of values she hopes can be a small step in the right direction.

Here they are in full:

If everyone held these values, the industry in which we work would be a better place, Kayla says. “We would grow better as a community, have higher engagement, and turn away fewer people.”

She first showed off the Manifesto in a lightning talk at Laracon US in May, receiving an overwhelmingly positive response.

She developed the Manifesto as a response to the growing frustration she felt with the community after a few years of being a girl in technology.

“For me, it was little things that built up until I had to make a change. Things like endless hours of justifying my ideas, while watching others fly by without resistance.”

Or, just as bad, being treated with “kid gloves”.

“Walking into a room and immediately being thought of as less capable than my male counterparts. Having simple concepts explained to me over and over again, even though I already more than grasped the point. “

There was also the look of awe and disbelief she witnessed when she told people what she did for a living.

Her original draft of the Manifesto was in the form of actions to either avoid or put into practice, but she has moved away from that proscriptive approach in favor of outlining values people can then base their actions on.

The six points can be broadly split into two main themes – respect and equality, and contributing to the community, which are both vital for the industry to continue to thrive.

“The first because without respect we will continue to lose people, or scare them off before they ever get here. The second because I deeply value the knowledge that I’ve gained from my peers. As they say, I stand on the shoulders of giants.”

The Manifesto is open-source, with the text being translated into Arabic, Dutch, French, German, Italian, Portuguese and Spanish by the community. The language of some of the values has also been changed to better represent the community, she says.

There are a lot of ways you can show your support for the Manifesto.

You can pledge your support on the website, which will then list your name as well as any other information you choose to provide. You can follow @CodeManifesto on Twitter, and you can also contact Kayla with any ideas for additional things the Manifesto can do to help achieve the goal of creating a more equal, more empowering atmosphere.

But the most important thing you can do is live by these values, Kayla says.

“I believe that the kind of hatred-driven discrimination we read about in articles is a small subset of our culture. There is another kind of bias that lives inside all of us, or at least most of us. We’ve been conditioned by it, and a lot of times, we mean no harm.”

“It’s important to be conscious of those things, and when they are brought to our attention to correct accordingly. So, supporting the Manifesto also means keeping these values top of mind.”

A manifesto is no good on its own, it needs all of us to live up to the ideals it represents. 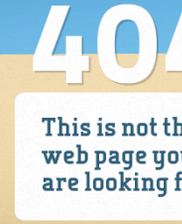