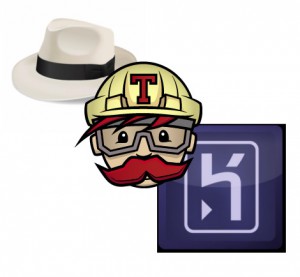 This post was inspired by this brilliant video, where Konstantin Haase, the maintainer of Sinatra builds a fully working app and deploys it on Heroku with tests on Travis (where he works).

I decided to do a similar example that walks through each step of building an API service that demonstrates a typical Sinatra development cycle workflow – write your tests, write your code, push the code to GitHub, and check it works when deployed to Heroku with continuous integration on Travis.

The post will go from start to finish and cover the following:

The application I want to build is called Number Cruncher. It will return information about numbers, such as its factors, whether it is odd or even, and if it’s prime.

The first thing I want to do is monkey-patch the Integer class to add a method that returns the factors of a number as an array. I also want to add a prime? method to test if a number is prime. Once I’ve done this, I’ll use Sinatra to provide an API that will return information about a number in JSON format.

Before we write any code, we should write some tests that cover the description above. First of all, create a file called ‘number_cruncher.rb’ and another called ‘test.rb’. Then add the following MiniTest setup code to ‘test.rb’:

Now, we’ll write a spec to test some of the features described above. Add the following code to the bottom of ‘test.rb’:

Next, test the prime? method that will also be added to the Integer class. First of all, check to see if 2 returns true and then if 10 returns false.

The last two tests are specific to the API. The fourth test checks to see if the app is returning JSON. This is done by performing a get request with ‘6’ as a parameter. The last_response.headers are checked for a content-type of ‘application/json;charset=utf-8’. In the last test, we check that the correct info is returned by comparing a JSON string to the last_response.body method.

To run our tests, enter the following in a terminal prompt:

All five of our tests produce errors, which is expected since we haven’t written any code yet. Let’s see if we can get those tests passing.

Start by adding the factors and prime? methods to the Integer class. Add the following code to ‘number_cruncher.rb’:

That’s better – our first three tests pass, but the last two still fail, because we haven’t implemented the API yet. We’ll use Sinatra to do this. This involves requiring the sinatra and json gems, so add the following to ‘number_cruncher.rb’:

We will also need a route that people can use to acess the API. This is a simple GET request that accepts the a number as a parameter. It will return information about the number:

First, change the content type to JSON using the handy content_type helper method that Sinatra provides. Then grab the number from the params hash and convert it to an integer (everything entered in the route is a string). Then create a hash of information about the number including its factors. The hash includes if the number is odd or even and whether it is prime using our new Integer methods. The hash is converted to JSON using the to_json method provided by the json gem. Because this is the last line of the route handler, it will be returned automatically.

This time, we get the following output:

That’s great, our code works! We can run it through it’s paces by checking out some facts about the fifth Fermat number using curl. First, start a server:

This gives us the following information, which backs up what Euler found out in 1732:

It’s always useful to keep your code under version control. Git is virtually ubiquitous in the Ruby community and for good reason (it’s awesome!). First, make sure that Git is installed on your system, then run the following commands:

This should give you a message similar to the one below:

Use the add . command to add all the files in the directory:.

You’ll get a message similar to the one below, detailing which files have been changed:

Since we are using Git for our version control, it makes sense to host our code on GitHub. If you haven’t created an account, then head over there and set one up. There is a useful gem called ‘hub’ for interacting with GitHub via the terminal. To install it just enter the following to a terminal:

Now you should be able to create a new repository for you code using the following command:

This should give you the following output:

Push the code to our new GitHub repository, which is done like so:

If all goes to plan, you’ll see something similar to the following output:

Next we’re using Bundler to manage our dependencies. This involves creating a file called ‘Gemfile’ that contains the following code:

To use Bundler, use the following command in the terminal:

You should see the following information as Bundler gets and installs all the necessary gems:

Since we’ve made some changes to our code, we need to add and commit these to git before pushing the updated code to GitHub. This is easily achieved with the following three commands in the terminal:

Now it’s time to deploy our code to a live server using the Heroku service. For this, we will need to create a “rackup” file. Create a file called ‘config.ru’ that contains the following code:

To test that this works, run the command that Heroku will use in a terminal:

This has the effect of starting a server, and you’ll see some output similar to that shown below:

Once again, we have made some changes to the code, so do the add, commit and push dance with Git:

Now it’s time to create the app in Heroku. If you haven’t created an account, then head over there and get one. You also need to make sure that you have the Heroku toolbelt installed. Once that is done, enter the following command in a terminal:

Git is used to deploy code to Heroku using push, like so:

If all goes well, you’ll see something similar to the output below:

Make a note of the URL created for your app and then test it out by paying it a visit, with your favorite number as a parameter:

Continuous Integration is the practice of running tests on one centralized repository of code. Travis provides this service by running tests on the code in a GitHub repository every time the code is pushed to GitHub. This means that you can always check on the status of your code. You can even configure it to deploy your code once a build is successful!

To get started, install the travis gem:

Travis works by running a rake task, so create a file called ‘Rakefile’ that contains the following code:

This basically tells it to run the ‘test.rb’ file when the Rakefile is run. You can test if this works by entering the following into a terminal:

You’ll see the same output as when we run our tests:

You also need to add ‘rake’ to our Gemfile, edit it to look like the following:

You need to run bundle install again, since we’ve changed our Gemfile:

Now, we are ready to set up Travis for our project. This is done by entering the following command in a terminal:

A file called ‘.travis.yml’ will be created that contains information about our app. A build on Travis is initialized when you push to your Github account, so do that now:

To check the status of the build, run the following command in a terminal:

Travis can take a while to run a build, so you might get a message like the following:

But be patient, make a cup of tea, then come back and try again:

Hopefully, this time you get confirmation that the build has passed successfully:

You’ll also get a nice email from the lovely folks at Travis to confirm the successful build.

We’ve come to the end of this tutorial where we completed a full development cycle that can be repeated every time we want to add a new piece of code: Write tests, write code, commit changes to Git, push code to GitHub, test code using Travis, and deploy to Heroku. Rinse and repeat.

I hope you found it useful. I would love to hear any feedback about your own workflow in the comments below. 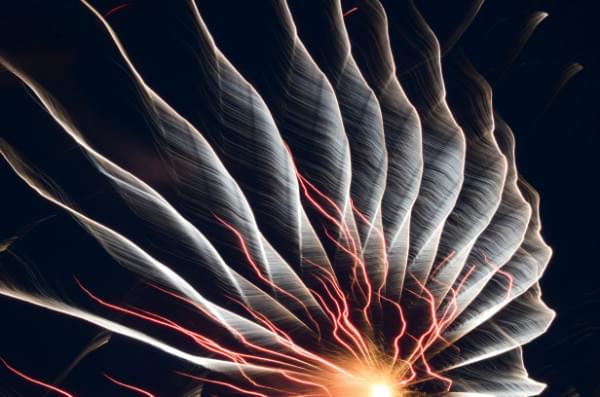 Get Started with Sinatra on HerokuJagadish Thaker