Back around 2001, a Christian Metal band called Oil put on a concert at our church. I’d been dabbling in photography, so when I showed up with my new Minolta SLR (loaded with high-speed film), the promoter assumed I was the official photographer. He instructed the “bouncer” I’d walked in with that the only people allowed on stage were the videographer and me.

Eventually, I designed Oil’s website and CD jacket using the photos from that concert. I came to realize that musicians must market themselves a tenaciously as any small business.

Social media didn’t exist at the time, but what fun would it have been to promote them on Twitter, Facebook and the like. By comparison, helping a local plumber market his business seems all too boring.

In fact, I’m currently advising a plumber on how to market his business. The challenge is determining how social media and content marketing fit into that equation.

In case you didn’t get the memo, Google started factoring “social signals” into its algorithms. So both plumbers and web designers must become content marketing rock stars. But how?

That’s a tough question to answer. It becomes easier when you consider the three reasons Google says people search for information on the web:

But social isn’t search. Beside the above, people follow brands on social media primarily because of what it tells others about themselves. That’s why brands that inspire passion (Apple, Starbucks, Coca-Cola) are some of the most-followed.

Musicians, even local ones like Oil, can inspire passion and acquire followers much easier than a local plumber. Yet one window cleaning service has managed to do so with a unique brand—Men in Kilts. Oh, and they’re also entertaining.

Are you beginning to sense a theme here?

You see, as web professionals, it’s easy to provide information (“I can help you find customers who need flowers delivered to Mesa, Arizona”). Or enlightenment (“Here’s why your local business needs to consider SEO”).

But entertainment … not so easy.

When I think of NASA, I think of enlightenment more than entertainment. Yet, since developing a personality and sense of humor, the Mars Rover has amassed over 1.4 million Twitter followers.

Is is just me or does the nebula on the left look like one of the aliens from "Mars Attacks!"? http://t.co/auK9BZselc

And no discussion of Twitter would be complete without talking about Taco Bell’s snarky tweets:

@OldSpice Is your deodorant made with really old spices?

I’ve said before that a key ingredient in content marketing success is getting a personality. It requires adding your creative spin and unique voice to the subject matter.

Easier said than done. But if it were easy, everyone would be doing it.

Inspiring passion for your brand—regardless of how “boring” it may be—is essential if you want to create a passionate following. Just ask Men in Kilts: 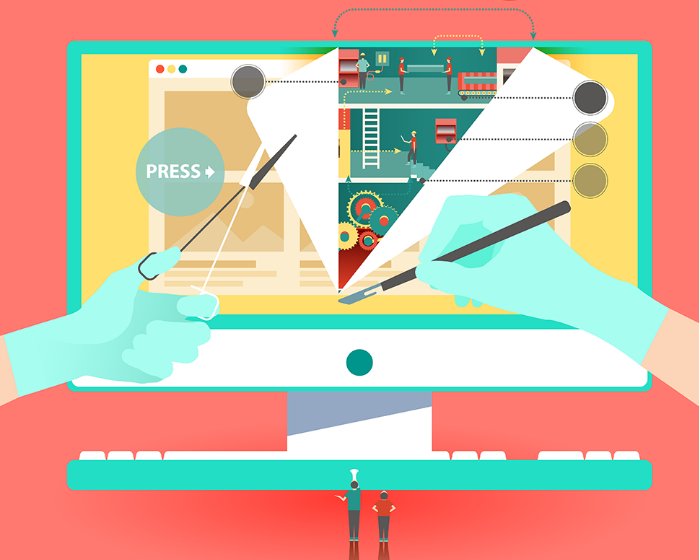