A new version of CodeBurner has been released. This release does not rely on Firebug — it’s a standalone extension, and for a limited time comes bundled with a free book! Grab yours now. 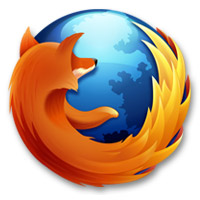 With the recent release of Firefox 3.5, we’re very pleased to announce the release of updates to our useful developer tools: Dust-Me Selectors, and CodeBurner for Firebug.

Dust-Me Selectors is a standalone extension that finds unused CSS selectors, and is particularly useful for updating legacy sites, allowing you to throw away all those redundant rules without worrying that something, somewhere might be using them.

CodeBurner for Firebug, as its name suggests, is an extension to the popular developer tool, Firebug, and extends it with searchable reference material for HTML and CSS.

We’ve been beavering away behind the scenes on updates to both these extensions, waiting for the final version of Firefox 3.5 — and now that it’s been released, here they are!

Dust-Me Selectors in particular benefits from this browser update — thanks to improvements in Firefox’s JavaScript engine, it now performs significantly faster, with a typical "find…" operation around 50% quicker than in Firefox 3.0!

But that’s not nearly all! Both new versions also bring a host of improvements and new features:

New features in CodeBurner for Firebug 1.2:

Both of these updates have been uploaded to the Mozilla Add-ons site, however since all submissions are reviewed manually, it may be a day or so before they become available from there, or through the automatic updates channel. So if you can’t wait that long, you can grab them straight away from SitePoint:

As always, we welcome your comments and feedback on both of these extensions — and if you’ve any ideas for features you’d like to see, please don’t hesitate to let us know!