Redis is an open source data structure server with an in-memory dataset that does much more than simple key/value storage thanks to its built-in data types.

It was started in 2009 by Salvatore Sanfilippo and because of its popularity quickly grew, being chosen by big companies like VMware (who later hired Sanfilippo to work on the project full time), GitHub, Craigslist, Disqus, Digg, Blizzard, Instagram, and more (see redis.io/topics/whos-using-redis).

You can use Redis as a session handler, which is especially useful if you are using a multi-server architecture behind a load balancer. Redis also has a publish/subscribe system, which is great for creating an online chat or a live booking system. Documentation and more information on Redis and all of its commands can be found on the project’s website, redis.io.

There is a lot of argument whether Redis or Memcache is better, though as the benchmarks show they perform pretty much on par with each other for basic operations. Redis has more features than Memcache, such as in-memory and disk persistence, atomic commands and transactions, and not logging every change to disk but rather server-side data structures instead.

In this article we’ll take a look at some of the basic but powerful commands that Redis has to offer using the Predis library.

Redis is easy to install, and brief installation instructions are published on the product’s download page. From my own experience, if you are running Ubuntu then you will get an error if you do not have TCL installed (simply run sudo apt-get install tcl). Once Redis is installed, you can run the server:

There are Redis client libraries available for many languages and are listed on the Redis website, often times with several available for each language! For PHP, there are five. For this article I’ll be using the Predis library, but you may also want to look into phpredis which gets compiled and installed as a PHP module.

If you have Git installed on your machine like I do, all you need to do is clone the Predis repository. Otherwise you’ll need to download the ZIP archive and unpack it.

To test everything out, create the file test.php with the following content to test if you can successfully connect to the running Redis server with Predis:

When you run it, you should hopefully see the message “Successfully connected to Redis”.

In this section you’ll gain an overview of the most commonly used commands that Redis has to offer. Memcache has an equivalent for most of them, so if you are familiar with Memcache then this listing will look familiar to you.

SET, GET, and EXISTS

The most important commands used with Redis are SET, GET, and EXISTS. You can use these commands to store and check on temporary information that is going to be accessed multiple times, typically in a key/value manner. For example:

The key is not restricted to alphanumeric characters and the underscore. The following will work just as well:

The INCR and DECR commands are used to increment and decrement values and are a great way to maintain counters. INCR and DECR increment/decrement their values by 1; you can also use INCRBY and DECRBY to adjust by larger intervals. Here’s an example:

As I mentioned earlier, Redis has built-in data types. You may be thinking that it’s odd to have data types in a NoSQL key-value storage system such as Redis, but this would be useful for developers to structure the information in a more meaningful way and perform specific operations which is typically much faster when the data is typed. Redis’ data types are:

So far I’ve only demonstrated strings, but there are commands that make working with data in other data types just as easy.

These commands are used to work with Redis’ hash data type:

Here’s an example that demonstrates their usage:

These are the important commands for working with the list type in Redis. A Redis list is similar to an array in PHP, and offer a great support for implementing queues, stacks, or a capped collection of a certain number of elements.

Most likely, when you set a key you don’t want it to be saved forever because after a certain period of time it’s not likely to be relevant anymore. You’ll need to update its value or delete it to reduce memory usage for better performance. Redis offers four commands that let you handle data persistence easily.

We looked at just a short list of Redis commands in this article, but you can check the whole list of commands on the Redis website. Indeed Redis has much more to offer than just being a Memcache replacement.

Redis is here for the long run; it has a growing community, support for all major languages, and offers durability and high-availability with master-slave replication. Redit is open source, so if you’re a C guru then you can fork its source code from GitHub and become a contributor.

If you’re looking for more information beyond the project site, you might want to consider checking out two great Redis books, Redis Cookbook and Redis: The Definitive Guide.

Daniel Gafitescu is a senior PHP developer working for Pentalog in Iasi, Romania. He loves new web development technologies, and enjoys watching movies and games from English Premiership, playing soccer with friends, and most of all spending time with his newborn son and his lovely wife. 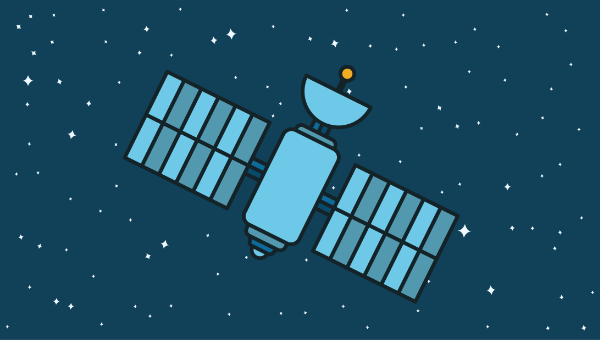 Activity Feeds Based on RedisSaurabh Bhatia