I’m the first to admit it. I’m definitely a copywriter, a storyteller, a content marketer at heart. It’s where my passion lies. I’ve come late to the world of WordPress, web development and HTML. I’m still much more comfortable in the world of pronouns and adjectives, than that of h1‘s and h2‘s. Perhaps that is why I love WordPress so much; it enables less than technical experts (like myself) to not only build, but to manage websites. It makes the web more accessible to everyone.

After all, at the very crux of it, I use WordPress to tell stories. And here was a plugin promising to turn me into a modern day fabulist, a plugin that would let me focus on writing prose, rather than HTML. Surely it was too good to be true.

What is Aesop Story Engine?

Aesop Story Engine is, when everything else is stripped away, a free WordPress plugin. It is comprised of thirteen different components and tools, all of which have been designed to give web developers (and writers) the ability to build WordPress themes specifically for long-form storytelling. 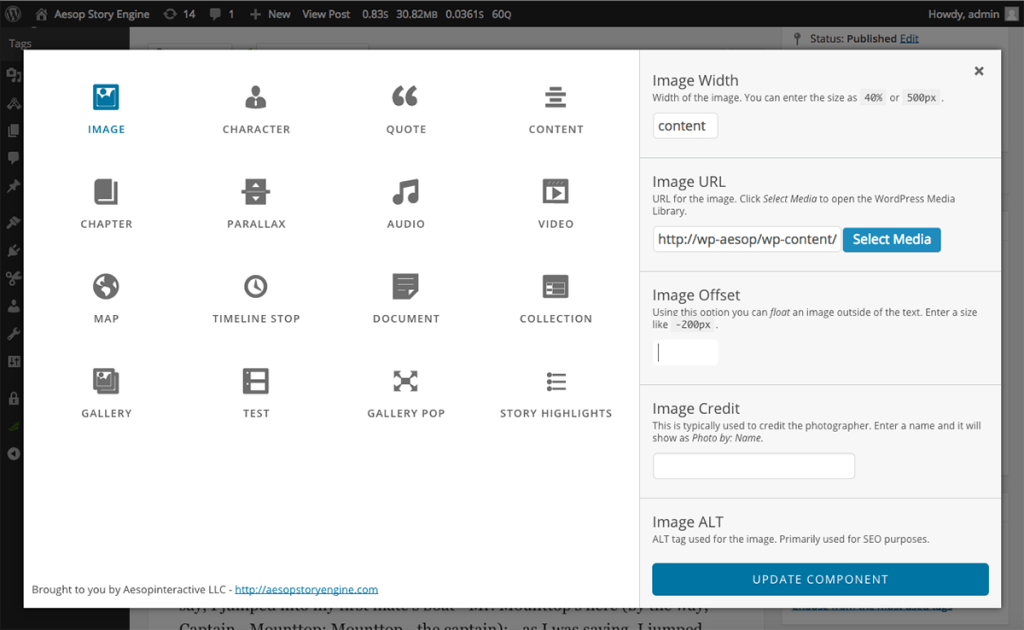 So, what exactly are these thirteen components? Let’s see, there’s:

When I touched base with Nick Haskins, the man behind Aesop and according to him,

The main benefits [that Aesop has to offer] are giving your clients the ability to express their stories in truly interactive ways, without having to write any code at all yourself. These components can be fully edited within a visual interface, without having to directly edit the WordPress shortcode. Another major benefit is that we have quite a few contributors to the plugin, and at this point in time it’s really stabilized to be come the de-facto standard in storytelling creation with WordPress,

When combined with Lasso, our front-end editor for WordPress, [Aesop Story Engine] allows full drag-and-drop capabilities, along with live editing in all components. This is really exciting as it allows the user to truly express their thoughts in creative ways, without being bottlenecked by a backend interface, as everything happens in real-time, right within the post

Once you’ve installed the Aesop plugin, adding these two light-weight files to your WordPress configuration, a new button will then be available in the WordPress post editor: ‘Add Component’.

Clicking on this button will force a new pop-up window to open, from where you can insert whatever component you need.

This video explains how Aesop Story Engine works in a bit more detail:

The team behind Aesop has made it easy to remove all CSS altogether, and to completely override the components. All you need to do is paste the entire function into your child themes functions.php. Aesop also has more than 60 in-built filters and actions, meaning that it is fairly difficult to find any functionality that isn’t possible.

While this set-up offers extraordinary freedom for WordPress theme developers, it also means that to get the most out of Aesop, you have to know how to use WordPress, and how to build a WordPress theme.

Don’t despair though (as a non-tech head, I was crestfallen when I discovered this too!), Aesop has plenty of themes from which you can choose if you have neither the time, nor the wherewithal to build your own.

In theory, Aesop Story Engine can be used with any WordPress theme. There’s just one snag: the theme that you choose to use alongside Aesop will determine how each of the components above actually displays and functions. Aesop looks and works best when used in conjunction with themes designed and developed specifically for its components. Enter the Aesop themes.

There are currently seven different themes available for use alongside Aesop Story Engine. Each theme boasts a price tag of $120, making them the most expensive WordPress themes on the market (lucky the Aesop plugin itself is free!). Not only that, Aesop themes have the least amount of options of all WordPress themes. But, don’t let that put you off: with all the components offered by Aesop, functionality shouldn’t be an issue. 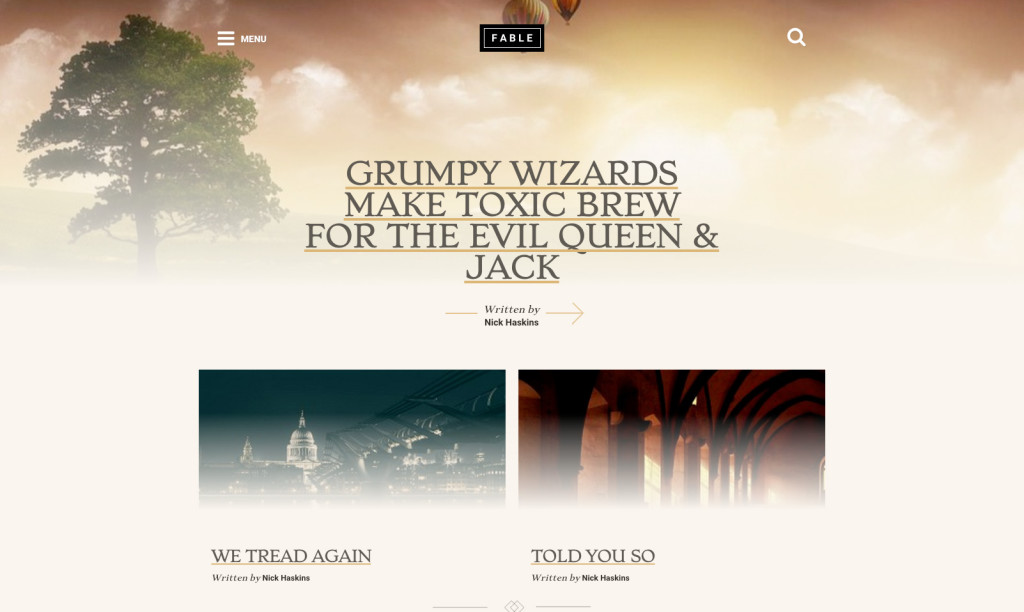 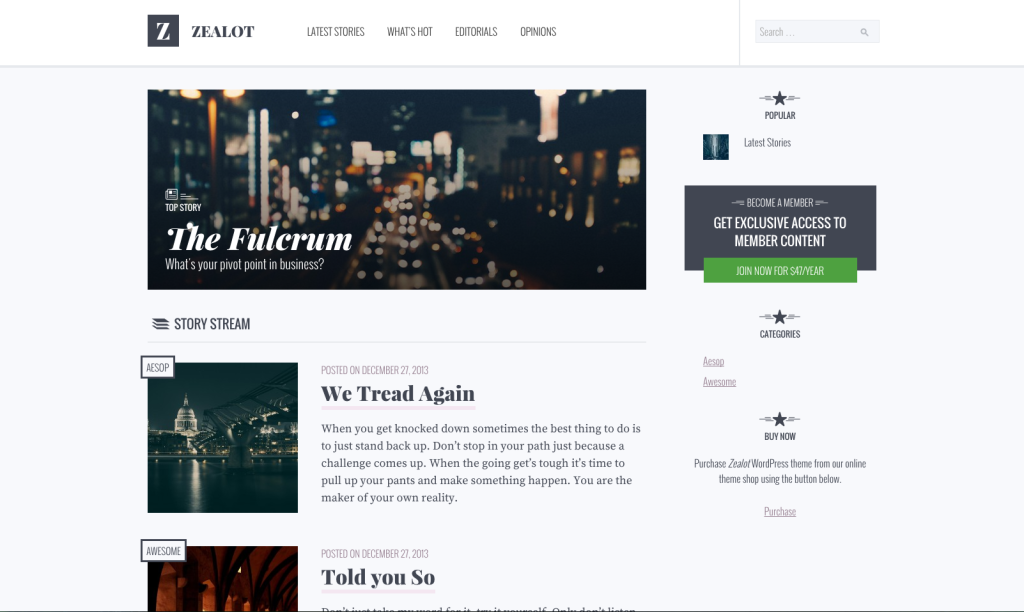 Nick Haskins is very positive about the future develop of Aesop,

We’re really starting to ramp up efforts to bring Aesop Story Engine into the enterprise area of things. Nearly a third of Aesop Story Engine users are schools and universities, followed closely by news organizations at the local level,

While Aesop is not necessarily the right plugin for every website (particularly as its functionality is limited by the theme that your website is running), it does do what it was designed to do: improve long-form content. Its 13 components give you more flexibility and functionality, enabling more engaging and higher quality storytelling.

Sally has worked in marketing, communications, and PR for over 10 years. She is the Chief Wordsmith at Wordly: a copywriting and content marketing agency that works predominantly with WordPress powered websites.