According to a study called Adblocking goes mainstream, published in September by PageFair, a provider of ad blocking solutions for publishers, and Adobe, there has been a “69% increase in number of Adblock users over the previous 12 months”, in 2014 Q2. Depending on the country, the online population using ad-blocking software can be as high as 28%.

Let us take a look at the issues raised from the three participants’ perspectives (publishers, advertisers, and users), and find ways to monetize the content differently from a publishers’ perspective.

Publishers vs. Advertisers vs. Users

The publishers, their users, and the advertisers are all living in the same ecosystem of information and monetary circulation. Nevertheless, each participant has its own goals and views on the ad-blocking concept.

The publishers provide content and want to reach as many users as possible, while monetizing their work to keep on producing content, paying their expenses, and making some profit on top of it.

That first goal (reaching users) is often obtained by providing free content to the users. Free content can be consumed without friction, but content is not produced for free. The monetizing part of the equation is often solved by adding advertising to the content to keep it free, as putting content behind paywalls tends not to work very well for most publishers.

When the users install ad-blocking software in their browser, the content they consume does not push advertising dollars to the publishers who have to find other ways to monetize it.

The advertisers want to promote a product and/or a brand through exposure to the potential consumers. By putting their ads alongside content interesting for the specific demographic segments they want to reach, they can gain targeted exposure. This is where publishers enter the game. An ad with no contextual content is like a billboard on the side of the road: the brand exposure is wide, but it is hard to tell if it works well in terms of ROI.

Besides, with an ad blocker in place on the visitor browser, the ads can still be served and counted as printed, even if they are not visible any more. This issue is close to the more general ads viewability problem: an ad is still paid for by the advertiser, even if no one actually sees it.

The users are consuming content and are used to doing it for free, especially the marketing segment of the millenials who were born between 1980 and 2000. By installing an ad blocker, these users express a strong message both publishers and advertisers need to understand. This message is segmented by the reason they use ad-blocking software.

According to the previously mentioned survey, almost half of these users do no want ads at all, while a third want to remove specific ads, whether they are found distracting (animations, sounds) or intrusive (pop-over, interstitial, non-skippable video). Performance in term of page speed and battery life, and privacy concerns about third party tracking are also cited as the primary reasons for users installing ad blockers.

How Do Ad Blockers work?

From a browser perspective, an ad is a string of text in the Document Object Model content it parses to render on the screen. It can include plain HTML, JavaScript, or any content delivered by a specific server. 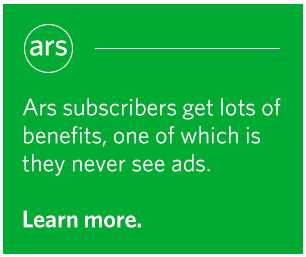 By parsing the DOM before the browser does, the ad-blocker plugin detects the signature of the ad (a string of text from a huge list of possible offenders) and removes it from the DOM. When done well, it is fast enough for the user to never know there was an ad there, except when some eerie unbalanced blank space appears in the design.

To Bypass or Not to Bypass?

Knowing how they work, it is possible to completely evade ad blockers, for instance by re-encoding each ad on the fly. The signature of the ad goes polymorphic, a bit how adapting computer viruses defeat anti-virus programs. It is then not possible to list the signatures, since they are always different.

But as a publisher, do you want to stand out as one of only a few sites that force ads on their users?

The Jujitsu of Ad Blocking

An ad blocker presence can be detected via JavaScript on the publisher’s website. This way, it is possible to display a disclaimer about the site’s ad revenue needs, as shown in the example below.

Other ways can be found by content publishers, though:

What Do Big Players Think About It?

The Interactive Advertising Bureau, an advertising business organization made up of more than 650 leading media and technology companies, is strongly against ad blockers as they are viewed as economic suicide for free content on the web. In a CNET interview, Mike Zaneis, its Executive Vice President, says that ad blocking is fundamentally wrong and creates an unsustainable economic situation leading to blockers having to be denied access to publishers’ content.

The controversy is even stronger regarding Eyeo GmbH, the company behind AdBlock Plus, the leader of the plugin market, as they block all adds by default, while asking advertisers to pay an undislosed amount to be whitelisted under the guise of an acceptable ads manifesto. Since this company is funded by advertising, it is at the same time judge and party, which “might not seem palatable” for a publisher like The Guardian.

Ghostery, another ad blocker is likewise playing on both sides, helping the users hide from the ad industry while providing data to this same industry, as explained by Mashable.

Whatever you may think about ad-blocking software, these plugins are used a lot and will probably keep being used for quite some time. Thus, to alleviate their effect on your revenue stream, you should not depend on ads alone for your revenue but instead find other ways to monetize your content.

Be Creative with Your Revenue Sources 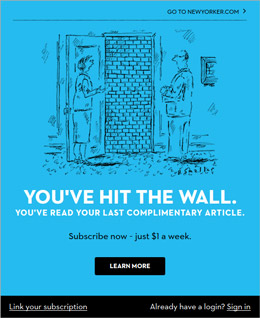 If a visitor blocks your ads, it may be a sign you should get more creative with your revenue sources. There are many ways to monetize your content, and aggressive advertising that bypasses an ad blocker and potentially antagonizing your users, may not be the best way to do so.

By displaying and linking to specific products related to either your content, your demographics, or both, you can provide a service to your users that is not as intrusive as regular ads. You can completely customize its design and integrate it naturally into your content.

In the Pay-per-view model, a user can consume a bit of your content, say the first part of an article, and be asked to pay a small amount to be able to read the rest of it.

The paywall model is a generalization of pay-per-view. Instead of paying for one piece of content, the user is asked to pay for a bundle subscription, usually time-based (e.g. full access to all content for one month).

In The New Yorker’s graduate paywall implementation, users can read 6 articles per month for free, then they are asked to subscribe for $1 a week for three months.

In a premium access model, the deal is to stop displaying ads for a fee. YouTube, one of the leading participants in ad-supported content, is considering paid subscriptions.

Native advertising – for example, advertorial or branded content – is advertisement in the form of editorial content. As it blurs the frontier between content and advertising, it bypasses any ad filtering system. But it should be used carefully because if a publisher provides too many native ads with no real value for its visitors, they will stop coming back.

The New York Times is one of the leaders in this area, as you can see in this example or this one.

Blendle, the “iTunes for the press”, sells articles to its users by the unit. The Economist and many Dutch newspapers already sell content this way through this service launched in April 2014. The New York Times Co. and Axel Springer SE (Die Welt, Bild…) entered its capital on October 27. In their model, 70% of the article revenue goes to the publishers, and 20% of their free users convert to paying subscribers.

If you sit on a trove of evergreen content in your archives, another way to monetize it is to repackage it. Bring some context to it, add an introduction, and voila, you can now sell it as an e-book (see The New Yorker’s After 9/11 )or as an app (like The New Yorker’s Digital revolution).

The Wikimedia Foundation, the non-profit organization behind Wikipedia, regularly asks for donations on its flagship website. As they say, “We are not against the world of online advertising, nor are we against other organizations that host ads. We just know ads are not an appropriate thing to find in a project devoted to education and knowledge – and especially one that strives for balance and neutrality.”

This is definitively the way to go if you are a not-for-profit organization, especially if your donators can use their donations towards income tax breaks.

But asking for donations is not reserved for not-for-profit websites. We often see developers and designers asking for a cup of coffee or a free beer via a PayPal button. But there are other solutions emerging, such as Patreon which provides a crowdsourcing platform with a similar goal. Recurrent payment is the only choice, credit/debit cards and PayPal are accepted, and as in classic crowdsourcing sites, milestone goals can be set for specific levels of funding.

As we have seen in this article, there are many ways to monetize your content, especially in this age of ad blocking software becoming more and more prevalent.

The New York Times, one of the most inventive content publishers of these days in term of monetization, experiments with different levels of this list: Native ads created by T Brand Studio, its in-house content studio, subscription apps (NYT Now, NYTimes app), (graduate) paywall and regular digital subscriptions, content sold (and consumed) through third-party channels. Keeping an eye on their experiments, which are commented a lot and hence easy to find out, is a good way to monitor the different content monetization models.

Alexis Ulrich is a full-stack web developer based in Paris, France. He is interested in the way content can be created, optimized, used and shared on the web. When not working on his pet sites (languagesandnumbers.com and mancko.com), he shares his MOOC experiences on web-technos.blogspot.com. 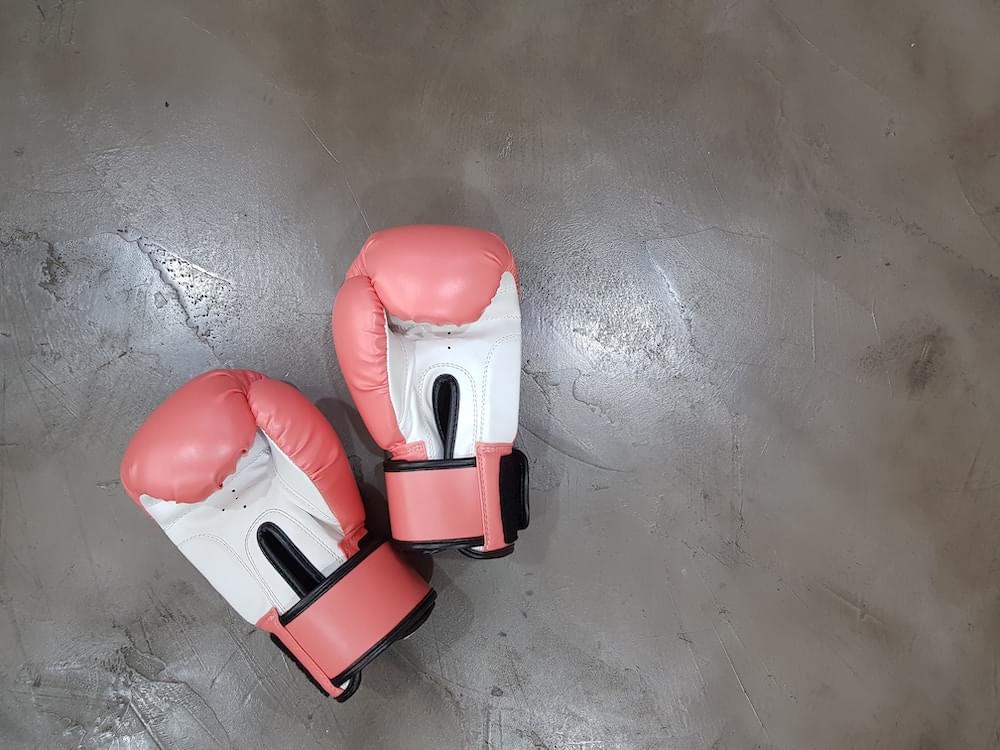 Why the Highest-Paid Developers “Fight” Their CoworkersAndrew McDermott