Video games have been around for a very long time, and they’ve gone through hundreds iterations and evolutions. I have a fond appreciation for video games; I grew up playing old, 8-bit video games, as did a lot of people. Video games aren’t just meant for entertainment, they’re teaching tools and powerful motivators worthy of study and appreciation. Some games bring psychological and moral ethics into play, and they also can be appreciated purely from a visual design standpoint.

Like most creative endeavors, video game conception begins with the bare bones — illustrations. Lately, we have been hit with wave after wave of hyperrealistic 3D graphics, so I find it very refreshing and exciting that there have been new video games that actually feature illustrated animated scenes. These illustrated animations are often known as motion graphics, and they carry an obvious influence from graphic novels, their paper-based bretheren.

Check out these gorgeous illustrated scenes, and hopefully you’ll find yourself inspired to explore these titles further or even create an illustrated motion graphic yourself. To view the scenes in motion, click on each image. 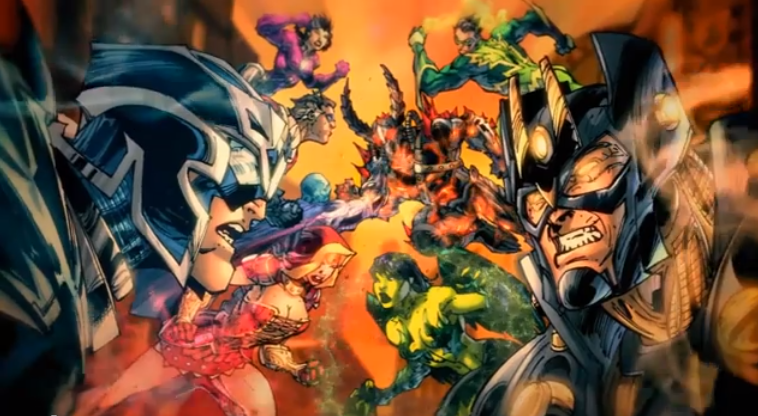 DC Universe Online sticks to its DC comic book roots instead of abandoning them for the usual 3D sequences. The game showcases cutscenes that have been illustrated in comic book style and coupled with motion. 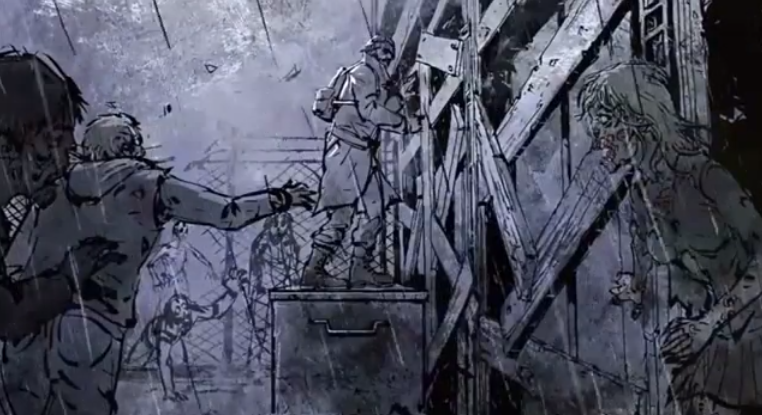 A mix of Limbo and The Walking Dead, this side-scrolling survival/horror game truly has a unique look highlighted by the heavily-illustrated cutscenes that give the game a raw and edgy look to it fitting for the horror game. The illustrated cutscenes in Infamous serve as perfect examples of how to execute a proper motion graphic. All of the illustrations were developed as a rough storyboard and then fleshed out in Photoshop before being taken into After Effects. 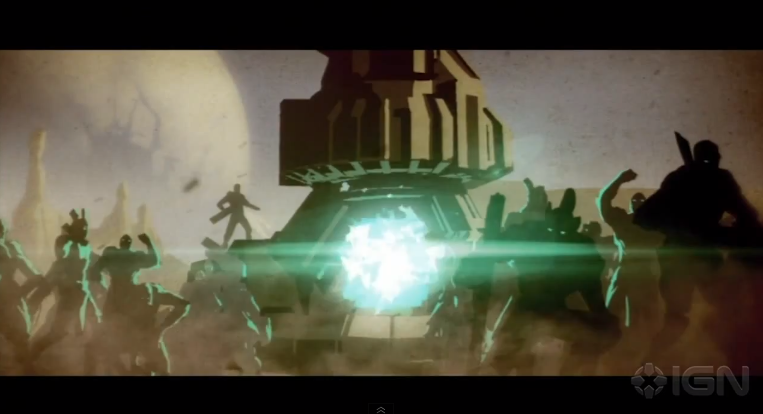 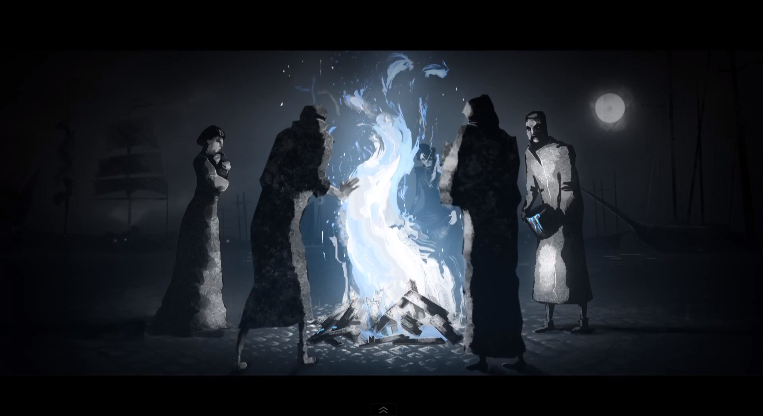 Not actually featured in the game, Psyop created three animated webisodes for Dishonored for promotional backstory purposes. Each frame was painted in Photoshop, with nearly 3,000 frames in total for the final project. 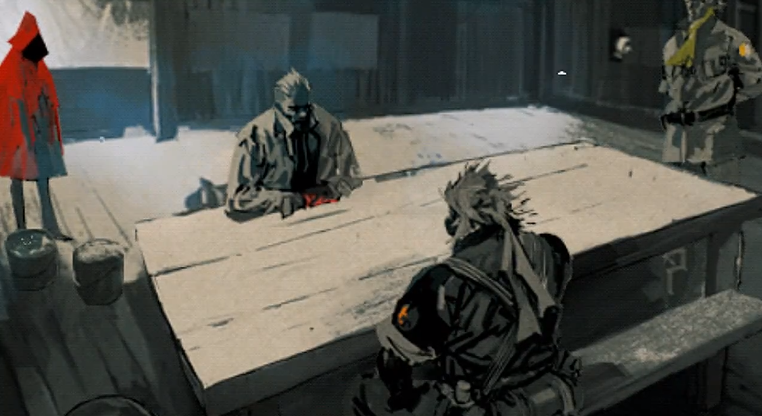 If you are a Metal Gear Solid fan, you probably know about the graphic novel illustrated by Ashley Woods. He helped out with Peace Walker. The images are stark and comprised of brushstrokes coupled with comic book sound effects and even speech bubbles that come to life with motion. 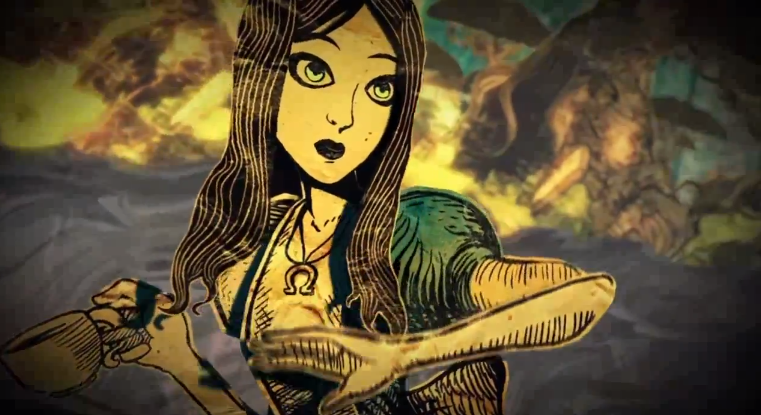 A personal favorite, Alice: Madness Returns features a style reminiscent of cut-out/pop-ups for the cutscenes. This technique is beautifully executed, even when illustrating gruesome happenings. Plus, it works wonderfully when you remember Alice in Wonderland as a children’s book. 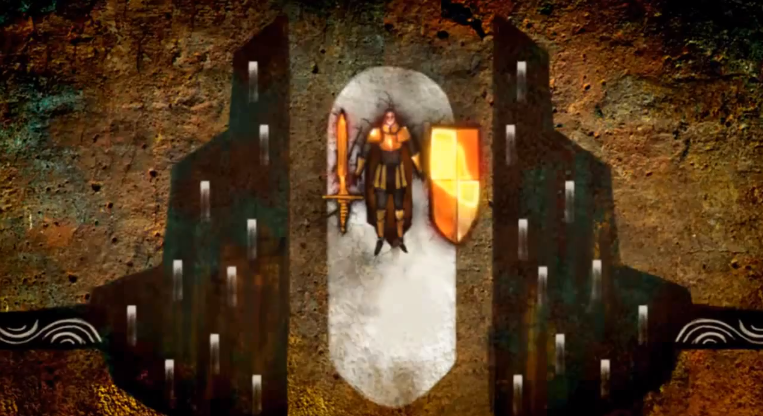 Another favorite, Dragon Age II is a game that features non-comic book illustrations for its cutscenes. Instead, what you get is beautifully-created, color-rich illustrations used to narrate the events of the game. 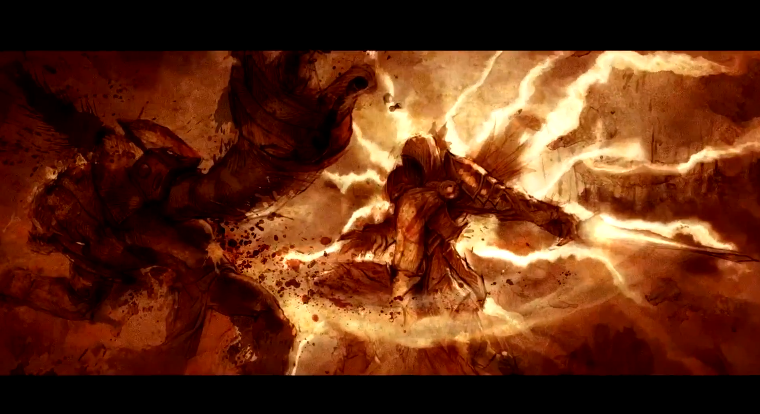 Like Infamous, Dishonored, and other stylized games, Diablo III uses 2.5D animation models for its opening cinematic. The illustrations are coupled with depth and motion, and it’s truly amazing to watch these drawings come to life. For those of you who are interested in motion comic graphics and want learn more, check out this ‘Making of’ video for Infamous that takes you behind the scenes.

What do you think of illustrated motion graphics and motion comic graphics? Do you have any favorite examples that use these techniques? Do you prefer hyperrealism or more of a stylistic, artful approach to video game narratives? 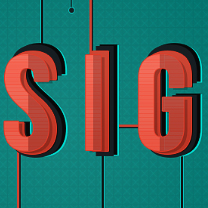