This collection of 10 jQuery Flip Effect plugins make the HTML content and images flip 360 degree and animate them with jQuery and CSS3 transform and rotate. You will probably find these most useful for your portfolio. Enjoy!

It is fully HTML & jQuery driven no Flash Player needed. Works on desktop and mobile devices! 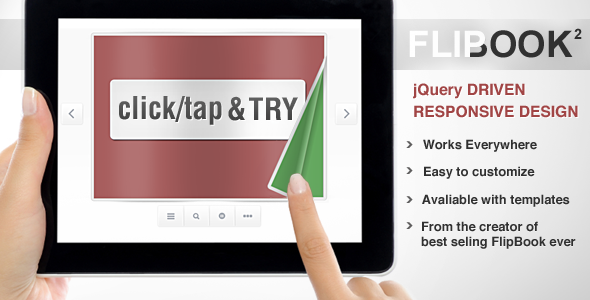 A jQuery plugin that turns a boring ‘ole number into a big, beautiful analogue display. Count down the days until the apocalypse, make your own debt clock or throw back to the 90s and resurrect the hit-counter.

Alright, first of all this is not a real image flip but sort of an illusion, the image does not flip itself in 3D since jQuery does not provide us with an image rotation or a distort feature for HTML elements. I know there are some image rotation plug-ins out their but they don’t work out very well with animate method of jQuery.

A cross-browser flip effect plugin for jQuery which allows you to flip whatever html element you want.

We are going to apply card flip effect to a set of thumbnail gallery. We just want to demonstrate one of the simple ways to use it. One thing though, CSS 3D transform is not a mature standard yet and only modern browsers are supporting it.

QuickFlip works by using an animation shortcut that is barely noticeable when flipped quickly (hence the name). This shortcut improves performance while allowing the flip effect to work smoothly with any piece of markup regardless of images, backgrounds or CSS.

A jQuery Effect Plugin that makes it possible to do an isometric 3D flip or 3D rotation of any HTML content. It also enables custom 3D rotation animations.

We are using PHP, CSS and jQuery with the jQuery Flip plug-in, to do just that. The resulting code can be used to showcase your sponsors, clients or portfolio projects as well.

A jQuery plugin that will flip easily your elements in four directions.

This sleek flip clock timer makes for an elegant way to countdown to events.