One of the first things I noticed about the Facebook redesign that began to be rolled out today, was the increased presence of Facebook’s Social Ads on application pages. Where before, app canvas pages had a single flyer on the left hand side — which due to being below the user editable application nav menu could actually be below the fold — the new app canvas pages have two Facebook ad units prominently displayed above the fold to the right of application content.

Nick O’Neill at the AllFacebook blog also picked up on the changes, noting that Facebook now has the option of running large, half page 300 x 600 ads — traditionally one of the better performing ad units — on application canvas pages. Because of current restrictions, app developers themselves cannot run ads that large on their applications. O’Neill sees this as a shot across the bow of the many Facebook ad networks that have sprouted to support applications on the Facebook platform. 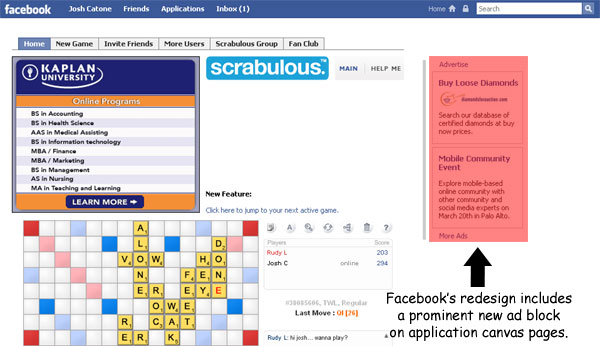 “Facebook’s new sales pitch? ‘Why go with those other Facebook application ad networks when we can give you 300 x 250 and 300 x 600 advertisements?'” says O’Neill.

However, O’Neill also says that there are no signs that Facebook plans to share any application page advertising revenue with app developers. It makes sense for Facebook to try to maximize revenue opportunities on app canvas pages — which represent a huge number of page views. But it doesn’t make sense for them to do it at the expense of external application ad networks if they don’t plan to help out app developers who could be potentially hurt by the change.

New stats show that the total number of applications at Facebook is on the rise, but the number of daily active users is falling. Facebook’s redesign is focused squarely at reducing this application fatigue by stemming the spread of “spammy” apps. Making it harder for applications to make money may cause developers looking to make a quick buck with “useless” viral apps to think twice about building an app. But the risk is that by stealing clients from Facebook app ad networks and not sharing revenue with app developers, Facebook might end up hurting their top performing applications as well.

My guess is that Facebook will begin offering access to their in house sales team and revenue sharing with top apps at some point in the future, or they’ll risk damaging the entire app ecosystem. 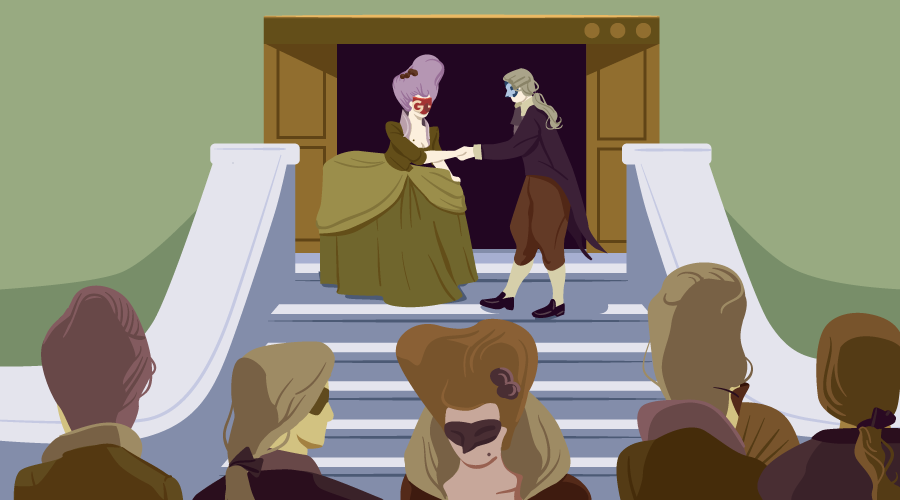 Will an Accelerator Help or Hurt Your Startup?Charles Costa