Cliff Harris, the man behind one-man UK computer game development shop Positech, wondered recently why people were pirating his games. So a few days ago, Harris posted on his blog asking people to tell him why they downloaded his games without paying. Harris said his only motive was to learn about why people do it, and promised to “read every single [email], and keep an open mind.” He promised not to rat anyone out for pirating.

Harris’ blog post got 206 comments and hundreds of emails — long ones, he said. “Few people wrote under 100 words. Some people put tolstoy to shame. It seems a lot of people have waited a long time to tell a game developer the answer to this question,” he said.

Today, Techdirt noticed that Harris had posted his promised summary and response.

So why do people pirate software (specifically games)?

To his credit, Harris did just what he said he would and considered the responses he fielded. He plans to make a number of changes, including ditching DRM completely, creating longer game demos, considering a drop in price (though he seems most hesitant about that change), and working harder to create higher quality games. “I’ve gone from being demoralized by pirates to actually inspired by them, and I’m working harder than ever before on making my games fun and polished,” he wrote.

One of the lessons to be learned from Harris, beyond the interesting look into the reasons why people pirate software, is the value of having a good corporate blog. We wrote last week that properly done a corporate blog can have tremendous value. Harris’ Positech blog proves that. By opening the channels of communication with his customers and users, Harris was able to get honest feedback that he is putting to good use to make himself more money and make his customers happier.

How Do You Work With Other People’s Code?Matthew Setter 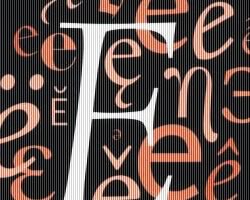