Design theory describes unity as the way in which the different elements of a composition interact with one another. A unified layout is one that works as a whole rather than being identified as separate pieces. Take the monkeys below for example. Their similarity of shape (not to mention their sameness of color) enables them to be recognized as a group, rather than four disparate elements. 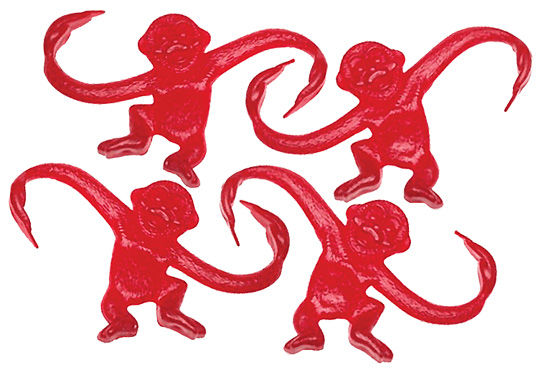 Although less of an issue these days, unity is one of the many reasons why web designers have always despised HTML frames. It’s important that unity exists not only within each element of a web page, but across the entire web page—the page itself must work as a unit. We can use a couple of approaches to achieve unity in a layout (aside from avoiding frames): proximity and repetition.

Proximity is an obvious, but often overlooked, way to make a group of objects feel like a single unit. Placing objects close together within a layout creates a focal point towards which the eye will gravitate. Take a look at the digital painting just below. While composed of a seemingly random assortment of strokes, the five strokes that are the closest to each other appear to form a unified object.

We practice the concept of proximity on the Web when we start setting margins and padding for elements. For instance, when I define the CSS style rules for sites, I usually change the default margin that exists between common HTML elements such as headings (h1, h2, h3 …), paragraphs, blockquotes, and even images. By altering these values, I can cause more or less space to appear between elements, thereby creating groups.

If you look at the two columns of text presented below you’ll notice that they look similar. The only difference is in the placement of the headings. In the column on the left, the word “Unkgnome” is equidistant from the top and bottom paragraphs. The result is that it looks more like a separator than a heading for the next paragraph. In the second column, the “Gnomenclature” heading is placed closer to the paragraph that follows it. In accordance with the rules of proximity, this heading appears to belong to that block of text. 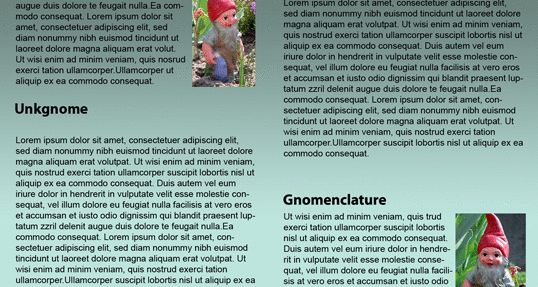 A gaggle of geese, a school of fish, a pride of lions. Any time you bring a set of like items together, they form a group. In the same way, repetition of colors, shapes, textures, or similar objects helps to tie a web page design together so that it feels like a cohesive unit. The image example below illustrates repetition. Even though there exists other similar strokes, the nine red strokes on the left-hand side appear to be a unified group because they repeat a shape, color, and texture. The strokes to the right of this group have no repeated pattern, so they appear isolated even though there are other shapes nearby.

Whether you notice it or not, repetition is often used in website designs to unify elements of the layout. An example of this concept at work among unmodified HTML elements is the bulleted list. The bullet that precedes each list item is a visual indicator that the bullet items are parts of a whole. Repeated patterns and textures can also help to unify a design. Take a look at the screenshot of Odosketch, a digital canvas app and art community created by Odopod. This layout contains many eye-catching elements, but the repeated thumbnail images with the “Featured” banners create a unified gallery, while the sketchy header elements make the user-created thumbnails fit with the site. 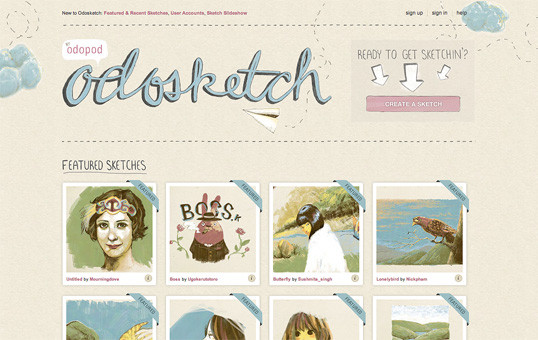 This article is from Jason Beaird’s The Principles of Beautiful Web Design book (the second edition of which is out now). This is the sixth part of the first chapter.