In this tutorial, we’ll be talking about one of the most useful jQuery Bootstrap plugins, the Bootstrap Modal. Bootstrap Modals offer a lightweight, multi-purpose JavaScript popup that’s customizable and responsive. They can be used to display alert popups, videos, and images in a website. Bootstrap-based websites can use Bootstrap modals to showcase, for example, terms and conditions (as part of a signup process), videos (similar to a standard light box), or even social media widgets.

Now let’s examine the different parts of Bootstrap Modals, so we can understand them better.

Bootstrap Modals are divided into three primary sections: the header, body, and footer. Each has its own role and hence should be used accordingly. We’ll discuss these shortly. The most exciting thing about Bootstrap modals? You don’t have to write a single line of JavaScript to use them! All the code and styles are predefined by Bootstrap. All that’s required is that you use the proper markup and attributes and they just work. 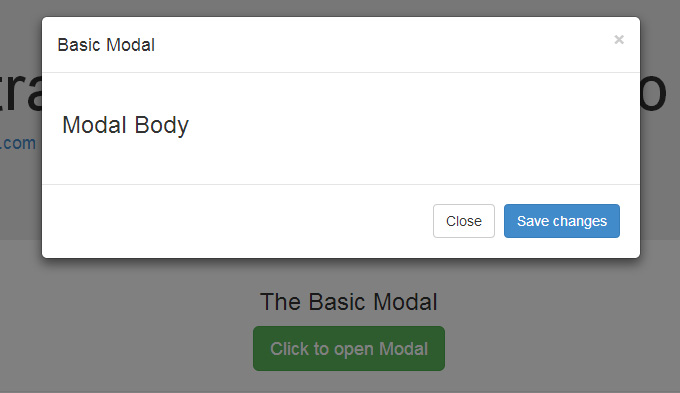 To trigger the modal, you’ll need to include a link or a button. The markup for the trigger element might look like this:

Notice the link element has two custom data attributes: data-toggle and data-target. The toggle tells Bootstrap what to do and the target tells Bootstrap which element is going to open. So whenever a link like that is clicked, a modal with an ID of “basicModal” will appear.

Now let’s see the code required to define the modal itself. Here’s the markup:

The parent div of the modal should have the same ID as used in the trigger element above. In our case, it would be id="basicModal".

Note: Custom attributes like aria-labelledby and aria-hidden in the parent modal element are used for accessibility. It’s good practice to make your website accessible to all, so you should include these attributes since they won’t negatively affect the standard functionality of the modal.

In the modal’s HTML, we can see a wrapper div nested inside the parent modal div. This div has a class of modal-content that tells bootstrap.js where to look for the contents of the modal. Inside this div, we need to place the three sections I mentioned earlier: the header, body, and footer.

The modal header, as the name implies, is used to give the modal a title and some other elements like the “x” close button. This should have a data-dismiss attribute that tells Bootstrap to remove the element.

Then we have the modal body, a sibling div of the modal header. Consider the body an open canvas to play with. You can add any kind of data inside the body, including a YouTube video embed, an image, or just about anything else.

Lastly, we have the modal footer. This area is by default right aligned. In this area you could place action buttons like “Save”, “Close”, “Accept”, etc., that are associated with the action the modal is displaying.

Now we’re done with our first modal! You can check it out on our demo page.

Earlier I mentioned that the Bootstrap Modal is responsive and flexible.

The modal comes in two flavors: Large and Small. Add a modifier class modal-lg to the .modal-dialog div for a larger modal or modal-sm for a smaller modal.

The modal is a jQuery plugin, so if you want to control the modal using jQuery, you need to call the .modal() function on the modal’s selector. For Example:

The “options” here would be a JavaScript object that can be passed to customize the behavior. For example:

You can further customize the normal behavior of the Bootstrap Modal by using various events that are triggered while opening and closing the modal. These events have to be bound using jQuery’s .on() method.

You can use one of the above events like this:

Below is a CodePen demo with three example Bootstrap modals.

If you’re building a site with Bootstrap that requires a login portal, check out our Creating a Login Portal with Bootstrap 4 course, which helps you get to grips with cards, forms, buttons and grids. 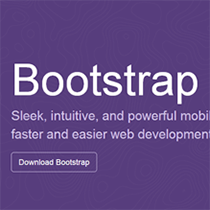 Understanding Bootstrap: How it Works, and What’s NewSyed Fazle Rahman