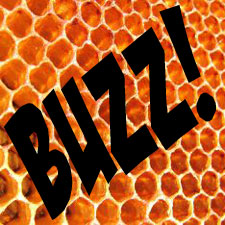 “Tracking consumer trends is one way to gain inspiration, helping you dream up profitable new goods, services and experiences for (and with) your customers,” says TrendWatching.com It can help make your business more profitable to know what sort of things people (your customers) are buzzing about. There are number of online tools available — many free — that will help you track buzz and measure consumer trends. Below is our list of the top 10 ways to track buzz online.

Forum search engine Twing, which launched about about 6 months ago, released a new feature earlier this week called Buzz Charts. The Alexa-style charts graph keyword buzz in forum posts over time ranging from 7 days to 12 months. Buzz Charts can compare up to 5 different keywords, and can be filtered by forum, language, media, company, and other filters.

As Search Engine Watch noted earlier this week, 28% of US consumers read online forums — that’s more than blogs (25%) — so tracking buzz on forums is extremely important for anyone serious about trend watching. “While blog writing and usage is considered explosive, the facts show that much of the online conversation is happening in forums,” wrote Kevin Heisler at SEW.

In April, Facebook launched a very useful (for marketers and trend watchers) new feature called Lexicon. Lexicon graphs changes over time in the occurrence of keywords on public and semi-public user Walls. Year-over-year growth at Facebook is 77% in the US, and comScore ranks the site as the 6th most-trafficked in the world. With 80 million people talking to each other on the web site, Facebook can be seen as a highly useful resource for mining trend data.

Google Trends has long been a favorite among bloggers as a way to compare the popularity of keywords, concepts, people, or brands. The tool measures both search volume for keywords on Google, as well as mainstream news mentions (via Google News) and creates trend charts that date back to 2004. One of the unique and useful features of Google Trends, is that because of the inclusion of news mentions the tool can attempt to explain spikes in popularity surrounding keywords by pairing them to news stories.

Blogpulse Trends creates “graphs that visually track ‘buzz’ over time for certain key words, phrases or links.” It works by mining data from blog posts over 1, 2, 3, or 6 month time periods. You can compare up to 3 terms at once with Blogpulse, which will then graph your results as a percentage of all blog posts.

Another good tool for tracking buzz in the blogosphere is blog search engine Technorati. In January of 2006, Technorati introduced the charts feature, which allows any search on the site to be turned into a frequency chart showing the number of keyword occurrences in blog posts over the past 30 days. The charts are found on search results pages on the right hand side below the Google AdSense and Chitika ad blocks.

Unfortunately, charts are only good for one term at a time, so any comparisons have to be done manually.

Searching del.icio.us tags is another great way to keep on top of buzz. Unlike other services in this round up, del.icio.us doesn’t offer buzz charts, so it takes some manual labor to track changes in tag occurrence over time. But for one to one comparisons of specific keywords, a del.icio.us tag search is a useful method of tracking consumer buzz and getting an inside view into the words people use to describe certain topics.

Twist is a mashup that scans the public time line at microblogging/status service Twitter and graphs trends in the mentions of keywords. Because Twitter is now a place where breaking news breaks first, a tool like Twist can help you uncover new trends almost as they are happening. If people are buzzing about something on Twitter, chances are that they’ll be buzzing about it on blogs and in the mainstream press very soon.

Twist was launched in April, about a month after a similar tool called Twittermeter stopped updating.

Indeed’s Job Trends application won’t be right for all trend tracking projects — for example, it doesn’t tell us much for the “Coke vs. Pepsi” trend search we’ve been using to test services for this round up — but it can offer unique insight into trends in the job market. Such as, that despite all the hype, PHP jobs still vastly outnumber Ruby jobs, and are growing at a faster rate as well. Or, that there are apparently more companies searching for CEOs than for CTOs.

Trackur is the only commercial service in our roundup. It keeps tabs on blogs, video sites, image sites, news sources, and more to track buzz about any keyword you input. Think of it as Google Alerts on steroids. The reason we’re including Trackur in this round up is because for $18 per month (for one keyword), Trackur can track any keyword. With Trackur you can keep an eye on any keyword or phrase no matter how obscure. Most of the free services in this round up will balk at giving you data on terms that aren’t mentioned often enough to keep regular records about, which is why Trackur will be worth the cost for anyone tracking trends in less popular niches.

Compete is really the odd site out in this round up — more so than Trackur — because it doesn’t specifically track trends based around keywords, concepts, or phrases. Rather Compete is useful for comparing the traffic of one site to another so you can watch for spikes in traffic that may indicate a trend or buzzworthy event. Though Compete’s raw numbers are often rather off the mark, generally, when comparing sites the data is still useful.

Interestingly, almost every site in this round up found that Coke was more popular than Pepsi, but Compete reports that Pepsi has the more trafficked web site, despite being talked about a lot less.