Scrum is a system that supports sustained productivity for a team. But if you try to adopt scrum, and don’t give adequate consideration to the purpose of each of the roles that scrum assigns to the participants, you’re likely to find problems maintaining the balance and rhythm of scrum. Cutting corners on the defined roles is one of the most prevalent anti-patterns in scrum, and it’s easily avoided by making the assignment of roles deliberate and explicit.

Traditional scrum defines only three critical roles: scrum master, product owner, and team member. We’ll start with these. But scrum plays out in a context, and for web and mobile development, that context is usually a company or organization trying to create technical embodiments of experiences for clients, users, or customers.

An agile scrum team operates within an organization that may have a hierarchy of management. But the roles in scrum are all equals as far as the process is concerned. 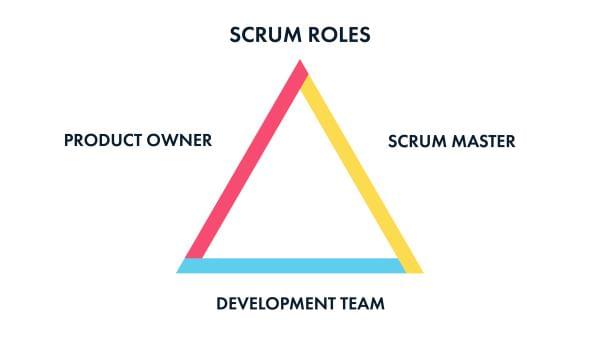 The term servant leader is often used when discussing the delicately balanced position a scrum master occupies. The scrum master has no formal authority over anything other than the rituals and artifacts of scrum, but leads the team from within by embracing and evangelizing the concepts of scrum. A scrum master serves the needs of the entire team—helping to eliminate blockers (impediments to the scrum workflow) and coaching people about how to follow the practices of scrum—and should lead by example when advocating for and defending scrum.

The roles of scrum are independent of the formal job titles that may be assigned and managed as part of the hierarchy of a company. For some teams, this can cause confusion over how the people who aren’t part of the formal agile process fit into the process. Nobody outside the scrum team really needs to understand scrum for it to work. But an important part of scrum is transparency, and the activities of a scrum team may draw outside attention.

In this chapter, we’ll go over the critical roles of scrum master, product owner, and team member. In addition, we’ll discuss the motivations and perspectives of many people outside the scrum team whose involvement may have an effect on how well scrum works, and may ultimately be the key to advocating for and maintaining scrum in an organization. 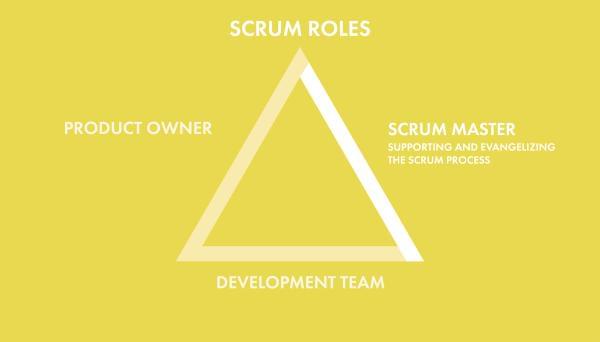 A scrum master is the glue that ties a scrum team together. Scrum masters are responsible for keeping people clear on their roles, managing the rituals and artifacts of scrum (which we’ll be getting to shortly), and coaching people within the team and across the organization to help overcome blockers and maintain a sustainable productive pace.

Unlike project managers, a scrum master comes with a clearly defined mission as a servant leader to the team. A scrum master has no formal authority within an organization, other than the authority to shepherd the team through the rituals of scrum, and maintain the artifacts that track the team’s progress. But the scrum master has ultimate authority when it comes to the scrum process and how it’s being applied.

There are a few critical rituals that a scrum master must observe. At minimum, these include the daily standup, the sprint planning meeting, the end-of-sprint demo, and the sprint retrospective. We’ll be going into more detail about these rituals soon.

In addition to hosting the rituals of scrum, a scrum master is responsible for coaching the team through the scrum process. This may involve stepping boldly into discussions about individual roles and duties, and helping people communicate their needs and expectations in a way that makes them understandable. In that sense, a scrum master can become a team’s advocate, counselor, and liaison to other parts of the organization.

Scrum masters also maintain a number of artifacts that help the team stay focused on their goals and measure the sustainability of their progress toward their commitments. These artifacts, and the data they contain, may be subject to broad interpretation both within the team and outside it, so a scrum master needs to be capable of explaining the state of the team and its progress in terms that are understandable to a wide range of audiences, both within and outside the organization if needed.

A Day in the Life

Scrum masters need to be involved in every aspect of product development, so they have to work closely with many people and deal with a number of critical tools—as illustrated in the following list. (Don’t worry if there are some unfamiliar terms in here at this point. We’ll be discussing the artifacts and rituals of scrum soon.) So, their activities include:

One ritual that every scrum master will try to host on a daily basis is the fifteen-minute standup with the entire team, and any guests who care to observe. For some teams, this will happen early in the day, while other teams prefer to do it later.

Scrum masters will likely be involved in a number of follow-up discussions at the end of the standup. The most important ones will involve removing blockers from team members who cannot move forward without coordinated assistance. Scrum masters will also meet with constituents such as product owners and team members to follow up on any other issues that were raised during the standup.

On days when other rituals are scheduled, such as the sprint planning meeting, the sprint demo, or the sprint retrospective, the scrum master leads the process, making sure all the steps the team has agreed to are followed, and that the time constraints are honored.

Updating the artifacts of scrum is the daily duty of the scrum master. These are always maintained in a state that allows anyone to see at a glance what the team is working on, to support the essential transparency that keeps scrum working. This includes calculating and reporting on team metrics such as velocity, and clarifying the relevance of these concepts to people outside the team.

Scrum masters also play a key role in supporting the scrum responsibilities of every member of the team. A scrum master needs to be available to coach the team when issues arise, and to recognize these issues when they manifest. This can mean helping the product owner figure out how to phrase a story for the backlog, observing and participating in a pairing session with developers to facilitate the process, or preparing reports on the team’s status in plain language—for the sake of people who aren’t on the team but who need to understand what’s happening.