I love high-performance JavaScript and I love sharing what I believe is its true potential. In this tutorial, I want to focus on Famo.us – it can allow you to maintain a silky smooth 60 frames per second while having fluid animations on screen. Famo.us does this by utilizing the CSS3 primitive -webkit-transform: matrix3d, which lets the framework compute the composite matrix and skip the browser’s renderer. No plug-in, no download, no hack. By appending this to each DIV, developers can render the composite matrix and go straight to the GPU.

I go more in depth when discussing the ins-and-outs of Famo.us in this blog post. Thanks again to Zack Brown for all of your assistance with this! Let’s get started:

By the end of this project you will be able to:

My goal for this project to illustrate how easily you can create HTML5 / JS projects which work at near native speeds on mobile applications.

The project is designed to work on mobile devices, so use the mobile emulator in your browser to get the correct view. Here’s what it would look like on an iPhone 6 inside the emulator via the Chrome desktop browser (375×667): 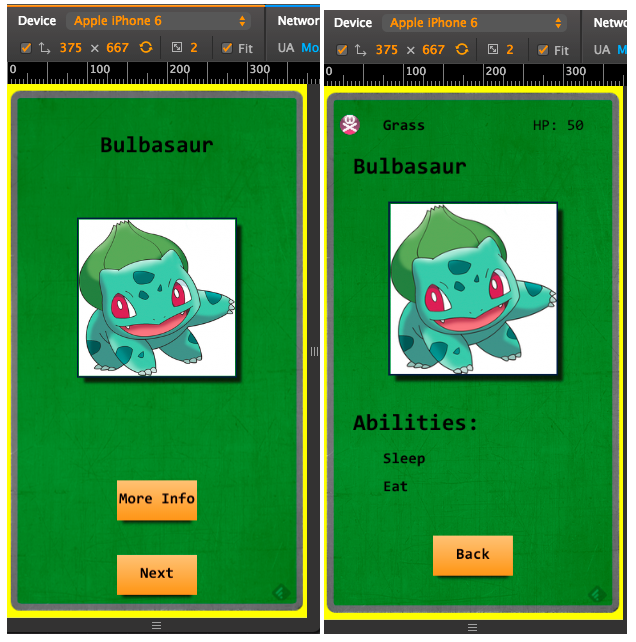 I pull all of the information from the PokeAPI, which has a well-documented API, but it’s missing images for each of the Pokémon. For the images, I just pull the name of the currently chosen pokemon and appending it to the end of this URL: http://img.pokemondb.net/artwork/. For example: http://img.pokemondb.net/artwork/venusaur.jpg will lead you to an image of Vanosaur. Nifty, right? Sadly, they do not have an API available.

Each time the user presses the Next button, a random number is generated between a min / max value that I’ve defined (say, 1-20), and it pulls a Pokémon from the database which matches that number. Here’s what it looks like:

http://pokeapi.co/api/v1/pokemon/1/ returns a JSON object for Bulbasaur. You can play with their API here.

Looping through the data

I then loop through that JSON object and set the properties I find there to variables in Angular, using the $Scope object.

You may notice that I also have a few other functions here, such as capitalizeFirstLetter, which does exactly that. I wanted the abilities and type (ex: poison, grass, flying) to have the first letter capitalized, since it comes back from the database in all lowercase characters.

I also loop through the abilities and push them to an ability object, which looks like this:

The database also returns multiple types for certain Pokémon, such as Charizard, who is flying as well as fire. To keep things simple though, I only wanted to return one from the database.

Drawing it to the screen

Famo.us has two waves of drawing content to the screen, by creating “surfaces”, which are the elements that contain your text, images, etc.:

I didn’t use JavaScript to draw the surfaces in this app, instead I chose to only use FA (Famous-Angular) Directives, such as:

The name above the Pokemon on the front screen.

You’ll notice that the surface is wrapped by a fa-modifier. You can read about those here but they essentially adjust the properties of a surface, such as alignment, size, and origin. It took me a while to wrap my head around the difference between alignment and origin, so here’s how I came to understand it:

Origin The reference point on any surface. If I want to draw a rectangle and move it around the screen, I need to decide which point on that rectangle will be my starting point. The Famo.us docs explain it well. The values are laid out as such:

Alignment A surface’s location on the screen. When you make changes to the alignment, it is using the origin as the reference point to start from.

Where Angular Finally Comes In

Now here’s where you can put all of your angular skills and databinding to work with the Angular implementation here. If you’re already experienced with Angular, then it’s not radically different here.

This button appears on the first screen and simply pulls another Pokémon from the database. All of the ng (angular) directives you are familiar with are here, such as ng-click. I have multiple functions here (NOTICE: They are not comma separated).

I am also binding the value of $scope.nextBtn to {{nextBTn}} in HTML.

To allow Famo.us and Angular to work together, we need to include $Famo.us at the top of our JavaScript file. Here’s how you do it:

What would a high performance app be without animations? Famo.us is packed with them, which makes it easy to get started. Here’s one for animating the image on the front.

There are several curve types you can use here. Check out the docs for more info. I’m also using a callback function,returnToOrigSize to have the image grow and then shrink back to the original size.

I ran into a few issues along the way.

If you have a spelling error, the app will just use the default values for that property. This snagged me several times, which is why you see I set all of my properties as an object, such as align.frontName, to make it easier to read.

In FA-Directives you add multiple classes as strings, and they are NOT comma separated.

If you try to add classes by creating surfaces in JavaScript, you pass in an array of strings:

It took me a while to understand that, as I only found the solution in this thread.

Midway through this project I saw that Famo.us was working on an improved version of the framework which includes Mixed Mode. Famous + Angular doesn’t take advantage of these additions (yet) at least. That doesn’t mean FA is going anywhere, as it works perfectly fine, just that you won’t get getting the latest features. 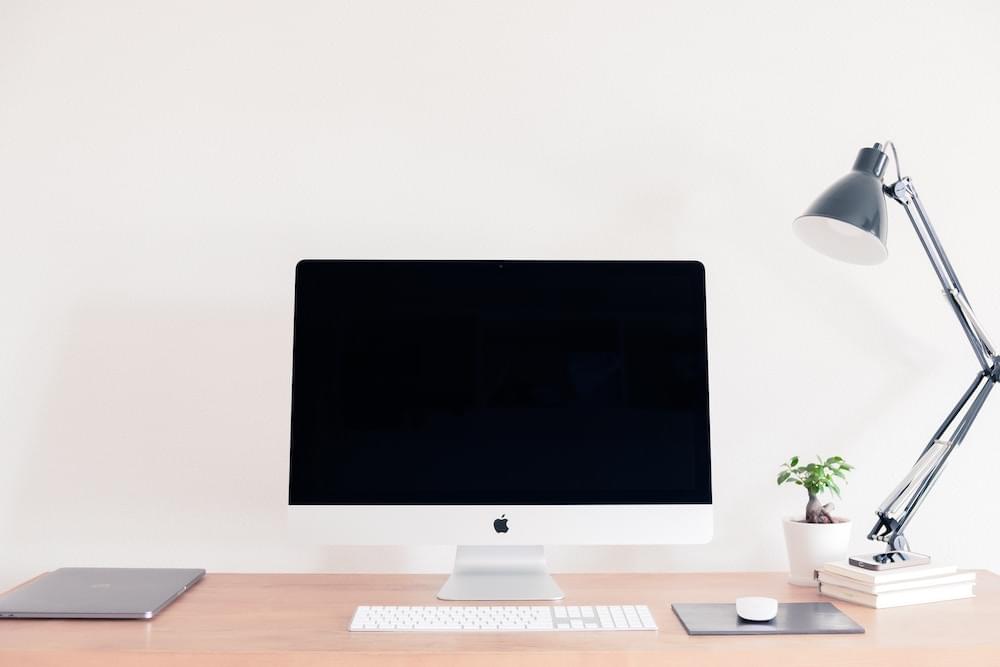 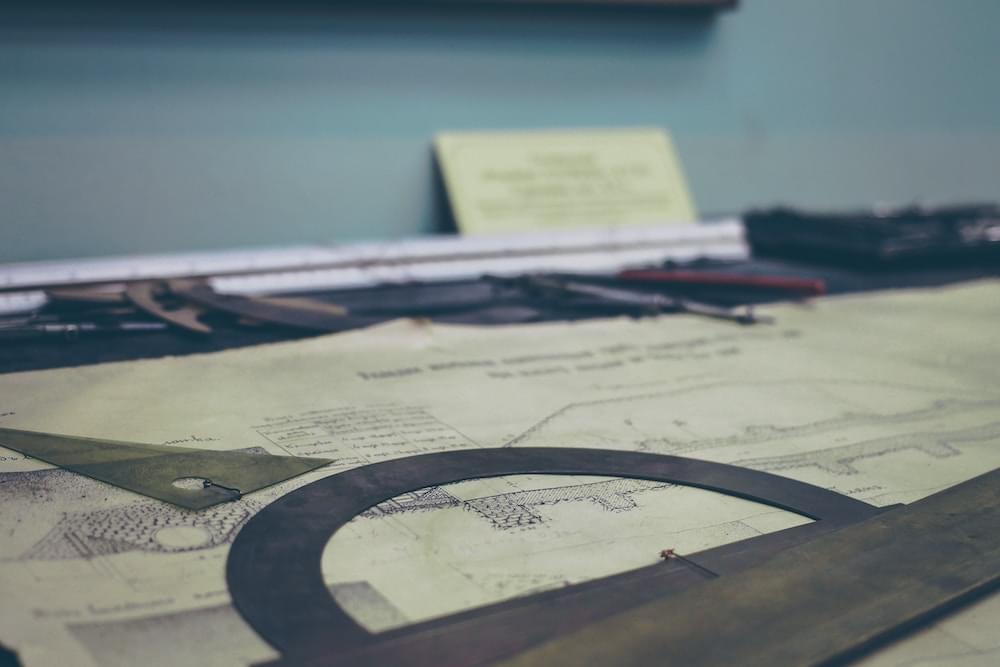