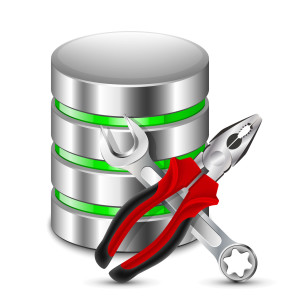 Database Triggers at a Glance

A database trigger is a set of SQL statements put in a stored procedure that will be automatically executed when a specific event occurs on a given table or view in a database. This section will not discuss implementation details of database triggers, rather it will provide a high-level overview of what we will try to implement, and when not to use a database trigger.

To avoid calculating the total video clip duration every single time, it would be better to denormalize the clip duration. The value of clip duration also rarely changes, which makes it a good candidate for denormalization using a database trigger.

Here are the events that need to be considered when you create database trigger for the clips table:

The Pitfalls of Database Triggers

As a side note, please be very careful not to introduce a circular update. That means, avoid creating a trigger that updates a column which also triggers an update of the former column.

Another circumstance where you should avoid using database triggers is when the affected row changes frequently, this might introduce a “data update storm”. If needed, you should add a precondition to the trigger that ensures the trigger fires only when a specific column is updated.

When to Use Database Triggers

Triggers should be used in a situation where you need a specific database feature that is not available from an Active Record callback. As long as it doesn’t introduce a circular update or data update storm, as mentioned in the previous section, it is OK to use a database trigger. Here are some key points that you can use when deciding to implement database triggers in your Rails application:

When to Use Active Record Callbacks

That said, this might not be a complete comparison between the two, but it should give you a head start on choosing the right technology before you start implementing it.

Let’s look at how to manage triggers using the HairTrigger gem, specifically with the use case of denormalization and data aggregation. The demonstration showed here users the following technology:

Any implementations in the next following sections have not been tested against other environment. If you havea different setup, please consult the HairTrigger compatibility list before moving on to the next section.

Put the gem into your Gemfile:

And run the following command from your application root path:

To implement our use case, it is assumed that all required fields for the demonstration are already put in place. The next step is to add the trigger, let’s revisit the plan for our database triggers:

You can see that the statement following all events is exactly the same, that is, update video duration. Therefore, we can create a method that returns SQL statement to be used in all events:

To create the database migration, run the following command:

The above Rake task, which is provided by the HairTrigger gem, will create the necessary migration for your database triggers. After that, apply the database migration by running the following command.

This concludes the implementation of database triggers using HairTrigger. HairTrigger provides other methods that allow easy integration and management of triggers, please visit the official documentation for a complete reference. After reading this article, I hope you have a better understand the benefits of using triggers, avoid implementation pitfalls, and are able to apply it properly in your Rails application using HairTrigger.

Hendra is the software engineer of vidio.com, the largest video sharing website in Indonesia. He also contributes to the open source community on rspec-authorization and minitest-around.

How to Create Triggers in MySQLCraig Buckler

How To Automate Your Database Using Triggers and EventsCraig Buckler