The 2011 Academy Award nominations were announced today, and I thought it might be interesting to have a brief look at the websites for the movies nominated for Best Picture and see if the sites are worthy of a backslap. So, in no particular order, cue drum roll, here are the websites of the nominees for Best Picture.

The Black Swan site doesn’t have too much to write home about. It’s a subsection of the Fox Searchlight website and features a small Flash presentation which gives a synopsis of the film, a gallery, downloads, video and cast and crew info. Each section starts with a brief scene from the film. Underneath the Flash presentation there is a HTML section which seems very overcrowded with information and is clearly the “easy” bit to update. 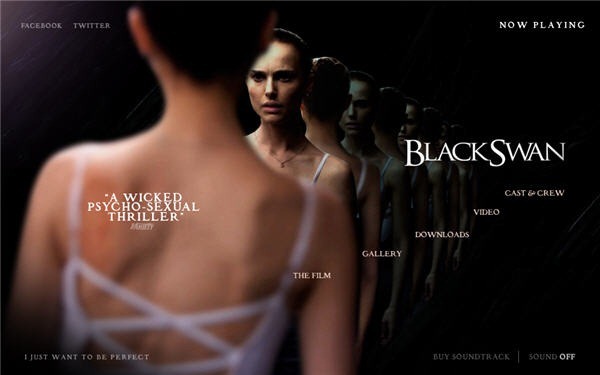 The Fighter has most of the same features as the previous site, but the overall look and feel is superior to the Black Swan. Large images are combined with a low key color scheme for the text to give a subdued, but sophisticated look to the site.

Inception (which is now advertising the DVD rather than the cinema release) is a Flash-based site with beautiful images and a menu that changes location in each section. I found it to be quite slow loading each section (but that may have been my connection) and it made me wonder what the wait was for.

The Kids Are All Right site won’t overwhelm you with bells and whistles; it’s just plain old HTML and CSS, but it does have a bright blue and yellow color scheme. 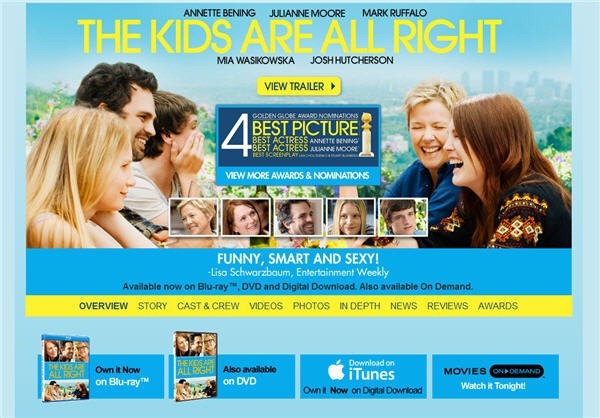 The King’s Speech is another simple HTML site. I think they may even be using Times New Roman for the menu and body text. This movie is really excellent by the way, if you haven’t seen it yet, go. 127 Hours is another Fox Searchlight sub-site with a Flash presentation. The movie clip buttons in between sections are a nice touch. The Social Network is built using Flash and has been updated to showcase the awards and nominations it has received. The images and soundtrack are used to nice effect on the site. 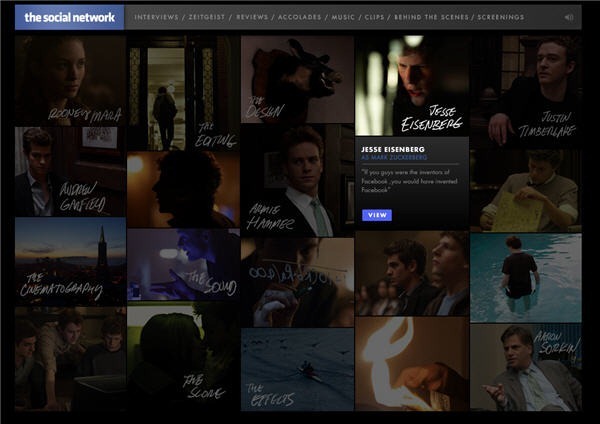 As would be expected, the Toy Story 3 site is very colorful with lots of activities for children, downloads and “stuff” for sale. 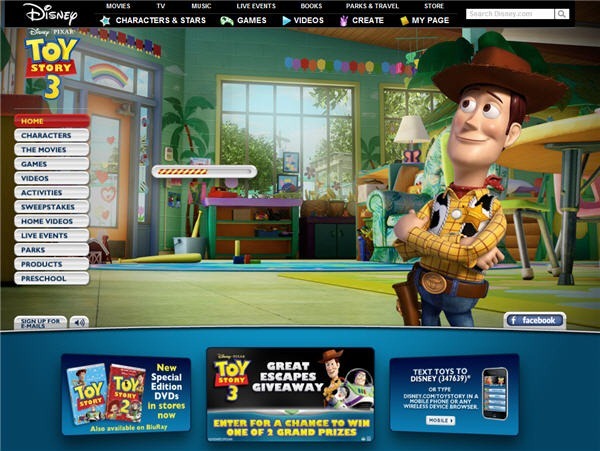 True Grit has a great Johnny Cash soundtrack on the site, and some nice Western style typography on the homepage, apart from that there is nothing outstanding to report.

Winter’s Bone makes use of a single photographic background with only the text changing in the center of the screen. This occasionally causes a hideous scroll bar to appear – a definite design no no. 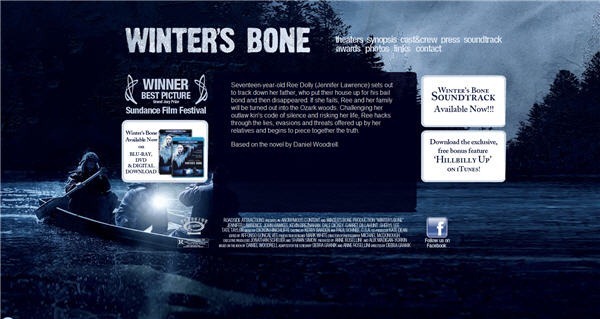 What did you think of these websites? Inspiring or lackluster? If there was an Oscar for best website would you consider any of these to be worthy?