MapQuest provides mapping and direction tool services and up until a few years ago was the site for directions before Google Maps so rudely interrupted with its fancy street views and instant directions to and from anywhere. Today MapQuest is fighting back with the launch of a new identity and a web site that has been completely redesigned.

First, a little pictorial history of the logo. MapQuest was acquired by AOL in 2000 and used this quirky logo with a bevel, drop shadow and cartoon dashes at each end:

In a very un-web 2.0 move, the logo was later updated and changed to this simpler version sans effects:

The new brand identity launched today features some significant changes, the most obvious being the change of color and typeface. The comic style font has been changed in favour of a lower-case sans-serif font with “mapquest” in purple and a stylize letter m and Q in bright green.

The new logo design was created by brand consultancy Wolff Olins who said the makeover was designed to emphasize a new focus and positioning for the brand.

As well as the new branding, the site design and functionality has also had an overhaul with user-friendliness being an important factor. New features include:

• A single- line search box and a redesigned main page that displays the map more prominently.

• Ability to search for “temporal types of content,” such as a fireworks show for July 4 or haunted houses at Halloween.

• My Maps lets you personalize, save, and share maps, directions and collections of favorite places. 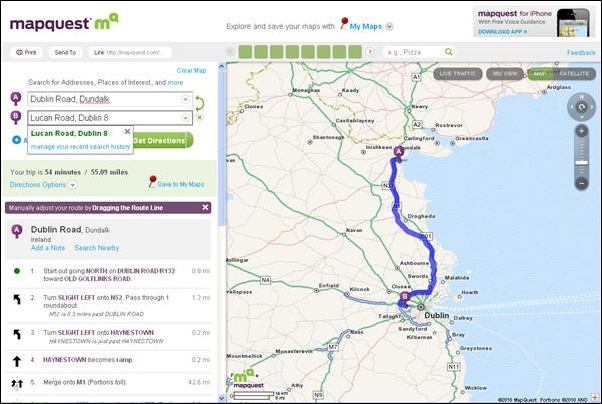 You can see the new changes to the site and logo at new.mapquest.com, which is currently in Beta but should be fully rolled out on the main site by August. 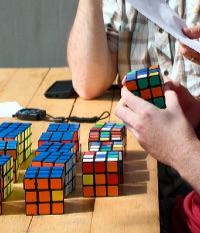 How to Motivate Yourself When You Feel Like QuittingAlyssa Gregory