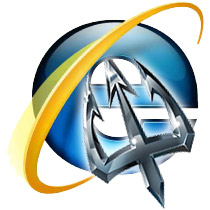 Web developers often complain about the sedate progress of Microsoft’s popular browser and its Trident rendering engine. Internet Explorer 9.0 may offer features available in other browsers, but no release date has been scheduled and it’s widely anticipated to be early 2011.

Many have called for the company to base IE on the Webkit or Gecko rendering engines. Unfortunately, both systems have posed implementation difficulties and have recently been targeted by hackers and spammers. Microsoft has listened to your concerns and issued the following press statement today:

Trident is the most widely-used layout engine on the planet. It has served Microsoft and our users for over a decade. However, we recognize that our biennial release schedule is too slow for the modern Internet age. Therefore, IE9 will be the last version of our browser to use Trident. Internet Explorer 10 will be based on the Lynx layout engine.

According to Microsoft’s development team, Lynx offers a solid foundation for future versions of Internet Explorer but several technical hurdles lay ahead:

Microsoft has an obligation to business customers and a number of IE’s popular innovations are missing from the Lynx engine. We will therefore implement essential functionality such as the blink and marquee tags at the earliest opportunity.

However, it’s not all good news. Microsoft has admitted that IE10 will not be available on Windows XP or Vista: you will require Windows 7 to experience the speed and security of the new browser. Fortunately, the OS is still available at a discounted price from Amazon US…

Will you switch to Internet Explorer 10 once the Lynx engine is implemented? Will you upgrade to Windows 7 to use the browser? Would you consider migrating from Mac OS X, Linux, BeOS or OS/2? Or will you wait for Microsoft to release IE on your system?