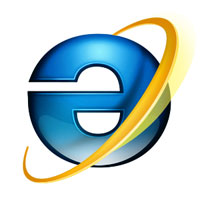 I had to double-check today’s date when I loaded up the IEBlog this morning.

Once I’d confirmed that it in fact wasn’t April 1st, I continued reading, transfixed. Dean Hachamovitch, General Manager of Internet Explorer, had announced that Microsoft had changed their mind about browser version targeting.

In addition to referencing Microsoft’s recent public commitment to interoperability, he also cited feedback from the community as a factor in the decision. He was careful to remind developers of the reasons why Microsoft were initially convinced that defaulting to IE7’s Standards rendering mode was the only option — a decision made in consultation with the Web Standards Project and leading figures like the king of web standards himself.

The fact that Microsoft have taken this decision signifies a couple of things:

Wait — do you hear that sound?

That, my friends, is the cries of joy being uttered by web developers all over the world — web developers who still remember how painful IE6 has made their jobs, and who were reticent and insulted at being asked to add a proprietary tag to satisfy one modern browser’s demands.

And in this particularly relieved developer’s case, applaud.

Front of the Front-End Engineer