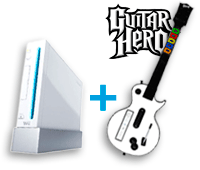 I’ve just been taking a look over some of the early results of the SitePoint Reader Survey.

We’re getting some invaluable feedback about the site — tons of suggestions for things we can improve from forum users, article junkies and blog-addicts. And there are some great ideas are streaming in from old-timers and new visitors alike, which is awesome. One thing concerns me a little, though.

One group of users in particular seem to be under-represented, and that’s those who frequent the Marketplace. Given the huge percentage of traffic that the marketplace accounts for, this is really surprising. Whether these users are too caught up buying and selling web sites to be bothered filling out a 5-minute survey, or perhaps they’re not interested in winning a Wii because they’re worried about it distracting them from concentrating on flipping their latest hot property, I don’t know.

I will say this though — now is your chance to give suggestions for improvement on all avenues of sitepoint.com, including the marketplace. So if you have some firm ideas about what changes you’d like to see happen, you know what to do.

Who knows, you might score yourself a Wii with Guitar Hero III at the same time.

5 Ways To Mitigate Risk For Any Design ProjectPeter North