This article was written in 2009 and remains one of our most popular posts. If you’re keen to learn more about jQuery, you may find this recent article on the jQuery plugin registry of great interest.

Mega drop-down menus are cropping up everywhere, and now that usability guru, Jakob Nielsen thinks they’re quite good, you can expect to see even more of these very soon.

Here’s what he had to say about this trend:

Given that regular drop-down menus are rife with usability problems, it takes a lot for me to recommend a new form of drop-down. But, as our testing videos show, mega drop-downs overcome the downsides of regular drop-downs. Thus, I can recommend one while warning against the other.

Of course, Nielsen’s article includes some solid advice on the most usable way to implement these. Here’s what he recommends, in a nutshell:

So how would we go about implementing these? While it’d be great to do all of this in pure HTML and CSS, it’s impossible at the moment to get those nice half-second delays — and of course there’s a pesky problem with Internet Explorer 6, which only supports :hover on anchor elements. Instead, I’ve whipped up a solution using jQuery and a very nifty plugin called hoverIntent.

Let’s imagine we have a client, Mega Shop. Their designer has sent us a mockup that includes some mega drop-down menus. You can see the relevant part of that mockup below (view a full sized version here). 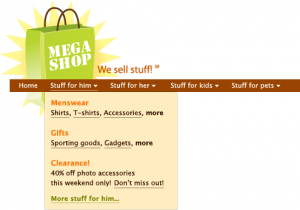 First: the markup. I started out with a fairly simple menu based on an unordered list. The markup looks like this:

I’ll add a div after each of the drop-down links — these will contain the contents of the menu. Also, I’d like to have a way to indicate that there’s a drop-down choice on those items, so I’ll also add a class, .mega, to those list items. Finally, I want to make sure that this menu makes sense when viewed without styles, and since each category will act as a kind of heading, I’ll add some heading markup to the items. Here’s a single list item:

Next, let’s add some content to those divs. Here’s one:

Of course, I’ll need to add the markup to represent the site’s heading. Unfortunately, we’re out of time to discuss that in detail, but you can see what I’ve done in our first example, unstyled.html.

Next, I’ll lay on some style. For now, we’ll just concentrate on the most pertinent parts of styling the list elements and the drop-downs. However, if you’re curious to see the entire stylesheet, you can view it in full in our second example, styles.css.

Each div is styled up to resemble the mockup we received from the designer. I’ve used position: absolute here to align them flush left with each list item, and place them just underneath. I’ve also used display: none as a catch-all for all divs that are descendants of that menu, which will help to hide the one that’s sitting underneath the homepage link:

I’ll add another class for those list items, .hovering, and make its child div elements visible with display: block. Later, using JavaScript, I’ll add the .hovering class to the list item when the mouse hovers over it, and remove the class when the mouse leaves the area:

Now, let’s add the JavaScript. I’ve chosen to use jQuery for this example; of course, you’re welcome to write your own scripts or use a different framework. You might be thinking it’s a bit of overkill to use all the overhead of a huge library for one little menu. This is just one part of our hypothetical ecommerce site, however, and I’d almost certainly be planning to use jQuery for other parts of the interface as well.

First, of course, I’ll include the jQuery library. Next, I’ll also include a very nifty plugin called hoverIntent. jQuery has its own hover event, but it fires as soon as the mouse touches the target area. Instead, we want to implement the delayed effect Jakob Nielsen recommended: that is, we’d like to wait for the user to stop moving their mouse. The hoverIntent plugin provides for this by taking the mouse movement speed into account.

First, we’ll need to write a couple of functions to add and remove the .hovering class — that’s the class which switches on the display of the mega item:

And then, we’ll use the hoverIntent function to fire off those functions when we hover over an item or leave it. First, we need to set some configuration variables:

The over parameter specifies a function that will be called when the mouse has stopped.

Finally, we’ll attach the hoverIntent function to the .mega list items, telling it to start looking for hovers and mouseouts, using the configuration we set up:

And that’s about it!

Time to test out our menu! You can see the completed demo with the markup, style, and script in our final example, completed.html.

There’s a lot more that can be added here — for example, a drop-down menu can have some significant accessibility problems, so it’d be good to find a way to also add keyboard actions to this menu. It’d also be nice to add some more interesting design elements to these menus, like icons, shadows, or column arrangements. For now, though, we have quite a solid start!

If you enjoyed reading this post, you’ll love Learnable; the place to learn fresh skills and techniques from the masters. Members get instant access to all of SitePoint’s ebooks and interactive online courses, like jQuery Fundamentals.

Comments on this article are closed. Have a question about jQuery? Why not ask it on our forums? 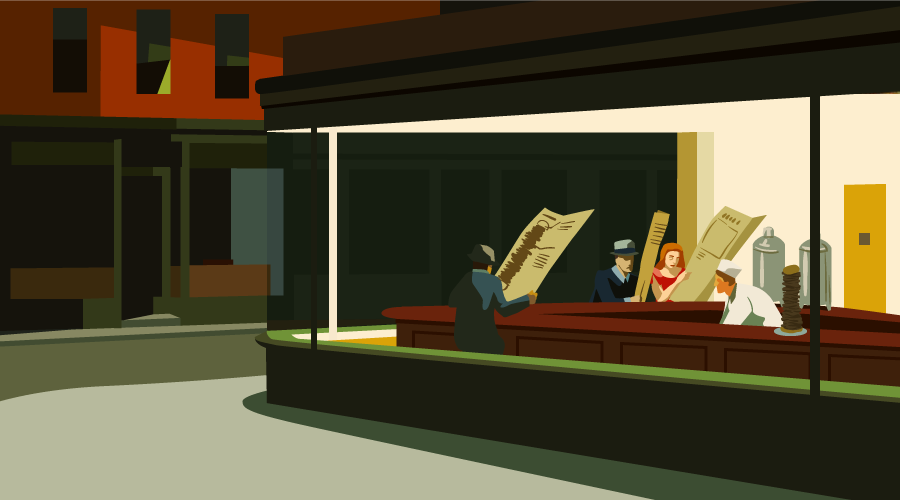 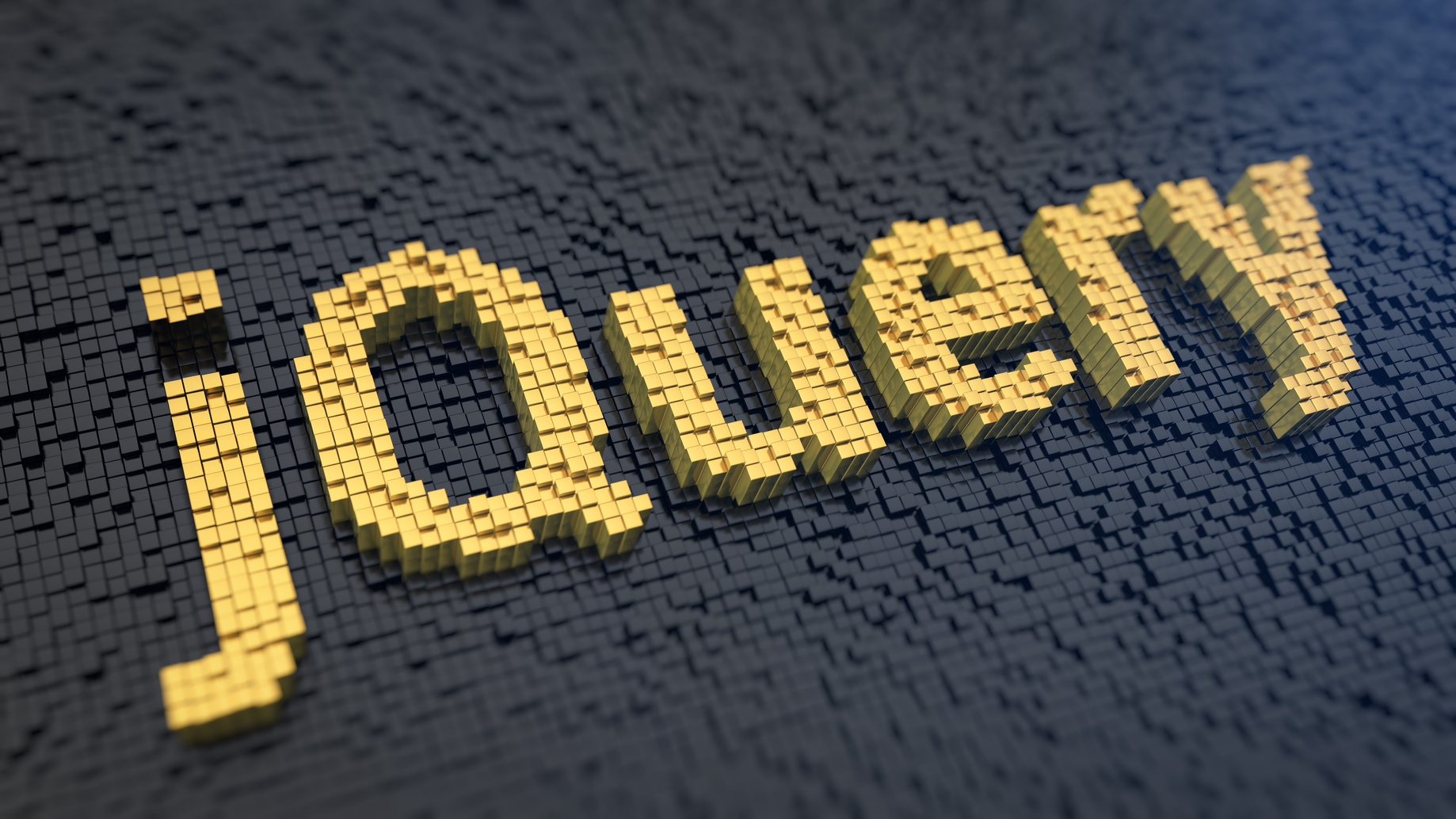