Arvind Narayanan, a Ph.D candidate at the University of Texas at Austin, has a great post up on his LiveJournal blog about what could have been for the once great blogging platform. Narayanan thinks that LiveJournal missed a golden opportunity to become the social networking site on the Internet. Narayanan seems to think that LiveJournal could have been Facebook, WordPress, and Twitter all at once, but it fumbled the ball by making one fatal mistake: it listened to its users when it shouldn’t have.

But let’s back up. According to Narayanan, social ideas that LiveJournal helped to originate earlier this decade are finally starting to be implemented across the web. Facebook has redesigned to emphasize its activity streams as a response to Twitter, Google’s Blogger added “following” in response to Facebook, and WordPress acquired IntenseDebate to take on third party commenting systems that are rising in popularity, such as Disqus.

Go back 5 years ago, says Narayanan, and you’d notice that LiveJournal had all of those killer features. It also had a technical lead over its competitors — it developed the now ubiquitous memcached memory caching system (of which Facebook is largest user), and the growing in popularity OpenID also came out of LiveJournal. It had a huge user base by 2003 standards, and the site had an open API that allowed developer access to user profile data. All the things that make social networks like Facebook and Twitter and platforms like WordPress so special today, LiveJournal had the foundations of five years ago.

Hindsight is always 20/20, but had LiveJournal put syndication front-and-center, allowed users to import external feeds, and added a Disqus-like commenting widget, LJ could have cemented itself as the world’s top social network, blogging platform, and web-wide commenting system, Narayanan believes. And these were things that they would have done, he says, if not for making one major mistake: they listened to their users and stuck to a “design philosophy of being an island cut off from the rest of the Web,” that proved to be disastrously wrongheaded.

Narayanan goes into more detail about what the LiveJournal users of 2003 unfortunately impressed upon the company, and what LiveJournal should have done instead, but the lesson is simple: sometimes you need to say no to your users.

In July, we wrote about video site Vimeo who angered a vocal minority of its user base when it decided to say no and ban video game movies from the site. Sometimes your users are right, and listening to them is beneficial, but sometimes they’re not, and following the advice of a vocal minority or those early adopters that are resistant to change will lead you down the wrong path.

Facebook has made a habit of pissing off its users but riding out the storm during major changes. They did it when they opened the site to non-college users. They did it again when they added the News Feed. And most recently when they rolled out their feed-centric redesign to the entire site. In each instance, a very vocal minority put up a huge stink about how awful the change was. And in each instance, Facebook stuck to their guns and users eventually capitulated and got used to the change, and sometimes even began to love it. The result? Facebook is now the biggest social networking site in the world and is riding a $15 billion valuation.

As I noted in July, I will mention here that I argued an opposing view in February at ReadWriteWeb. (Though, to a certain extent, I think both ideas can be reconciled — there are times when letting your users define your app is okay, and other times when you have to say no. The tricky part is figuring out when to say yes and when to say no.) 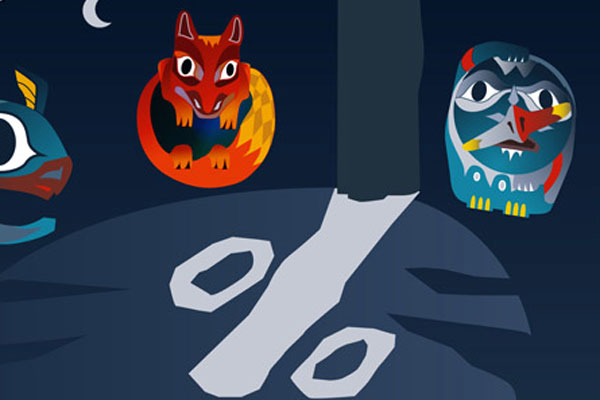 A Tale of CSS and Sass PrecisionKitty Giraudel