Light Fidelity, Li-Fi, is a relatively new form of wireless communication technology. It uses light signals to communicate data. The excitement surrounding Li-Fi is because it has proven to have higher speeds than Wi-Fi. In the lab, Li-Fi has reached speeds of 224 gigabits per second. The same lab field tested Li-Fi technology in a factory based in Estonia and achieved transmission rates at 1 gigabit per second. 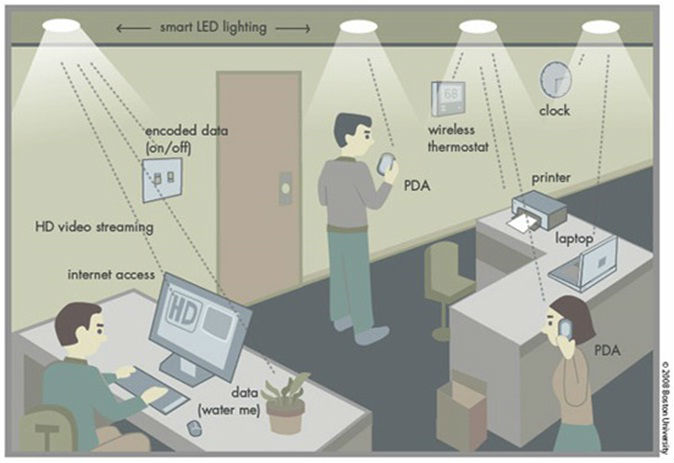 Li-Fi was introduced to the world by Professor Harald Hass at a 2011 TED Talk. He wanted to turn the world’s light bulbs into wireless routers. Soon after the TED Talk, in 2012, he launched Pure Li-Fi to lead the Li-Fi product development. Pure Li-Fi is a company that develops Li-Fi devices. The Li-Fi Consortium was also formed with the aim of sharing information and developing the technology. The Li-Fi Consortium is an open non-profit organization — any organization can license their technology or partner with them. There are no membership fees to join the consortium.

“All we need to do is fit a small microchip to every potential illumination device and this would then combine two basic functionalities, illumination, and wireless data transmission. In the future we will not only have 14 billion light bulbs, we may have 14 billion Li-Fis deployed worldwide for a cleaner, greener, and even brighter future.” Harald Hass Ted Talk 2011.

Currently, Li-Fi technology is focused on using the light from light-emitting diodes (LEDS) to communicate data. LEDs have become very popular around the world for their efficiency, low environmental impact, and longevity. The LED lights in homes and offices can be turned into wireless routers. LED light bulbs are a semiconductor light source, therefore, the constant electricity supply to the bulb can be altered to make it brighter or dimmer. Using visible light communication (VLC) the current in the LED bulb is flicked on and off at very high rate. Think of it like a complex Morse code involving 1s and 0s. The flicking will happen at a speed too fast for the human eye to notice, so humans and animals will not be impacted. Li-Fi will continue after you have switched the lights off because the LEDs will be lit and signaling at a low light level that cannot be recognized by the human eye. To access the Li-Fi network you simply need a device to detect the light signals, with a component to decipher the light signals.

Data is fed into an LED light bulb which is fitted with signal processing technology. The LED bulb pulses the data at a high non-visible rate to the photodetector. The pulses are interpreted by the receiver into an electrical signal, the electronic signal is then converted back to binary data which is the web content we consume. The LED lights will be networked, so multiple users can access data using a single LED light or move from one LED light to another without affecting their access. 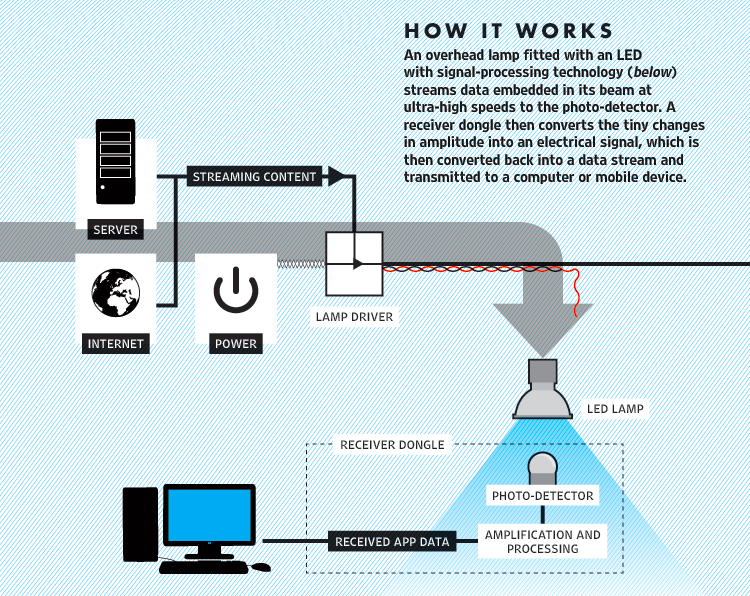 From the beginning, Professor Harald Haass wanted to build a wireless technology that could fit into everyday life. He didn’t want a technology that would need to be heavily retrofitted into our lives, which would drive up the cost and complexity of uptake. Through Pure Li-Fi and others like the Li-Fi Consortium, solutions have been built that fit relatively easily into our lives. Pure Li-Fi built a home solution, LiFi-X, wherein the user can buy a brick sized module that connects to their LED light bulb and a device like a laptop or desktop can receive the data through a USB dongle. Very simple to set up. 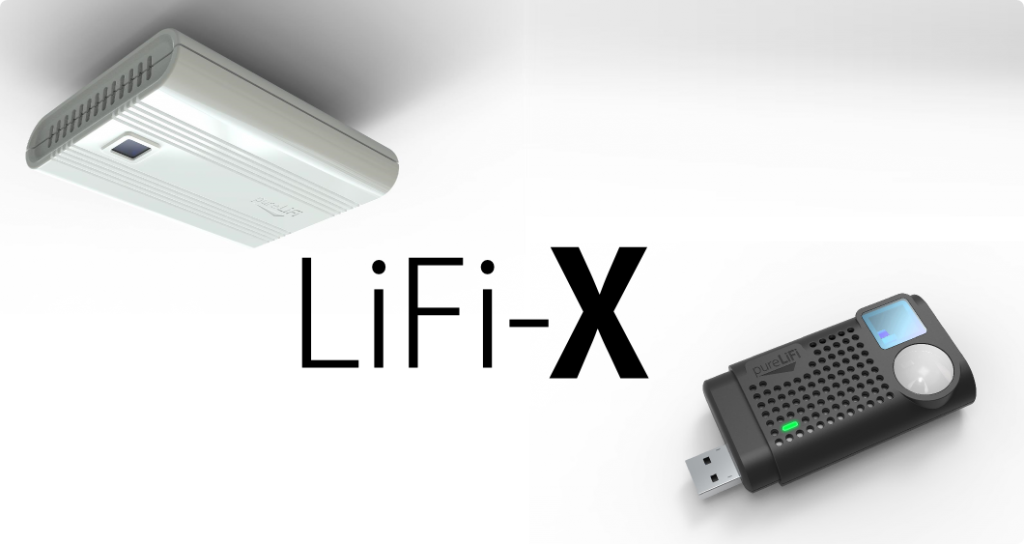 Although Li-Fi has faster speeds than Wi-Fi, it has a very short range. The further away you are from the light source, the slower the speed. That being said, you don’t necessarily need to be under the LED light to access Li-Fi because it can use light reflections on surfaces, including walls, to achieve speeds averaging 70 MB/s. Unlike Wi-Fi, Li-Fi cannot penetrate walls because it uses light spectrum. Although not being able to penetrate walls limits the range of Li-Fi, it also makes the technology much more secure. It ensures that users can limit the area of accessibility. The security aspect of Li-Fi has both technology and defence firms very interested.

Due to the speeds that Li-Fi can reach, and its spatial limits, the technology will work well alongside cellular and Wi-Fi technology as an additional option for connectivity. Li-Fi can be used to syphon off heavy traffic from cellular and Wi-Fi networks. For example, Li-Fi can be made available in densely populated areas like a shopping mall or sports stadium, allowing users to consume content rich media like videos or live streaming. As the users will be on the Li-Fi network, this will free up cellular and Wi-Fi network capacity in that area. This is because the uplinks require little capacity — it is the downlinks that strain the networks. This technology will soon have quite a fascinating install base as Dubai plans soon be the first city to fit its street lights with Li-Fi. The lamps are said to have cost Dubai $1000 each.

The Internet of Things (IoT) is a revolution that has a lot of experts asking, where will we find the capacity to handle all that data? Li-Fi has proven itself as a viable, efficient and secure solution. A home, office or factory could run its own high capacity network over Li-Fi without adversely affecting public capacity.

Brian is a serial entrepreneur and social media expert with a fascination for all things tech and business. 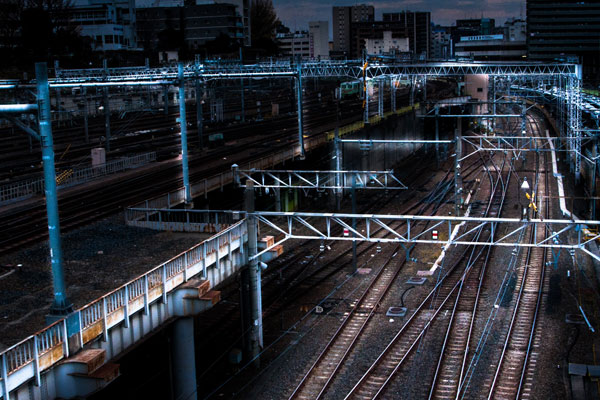