Seriously, what is the difference between jQTouch and jQuery Mobile framework? Today’s post is a rundown of the two among many other famous mobile touch frameworks for building mobile web application. Both based on jQuery, find out their differences with each other and see if they have the same goals or not. Enjoy!

Built by David Kaneda and maintained by Jonathan Stark. Is a jQuery plugin for mobile web development on the iPhone, Android, iPod Touch, and other forward-thinking devices. 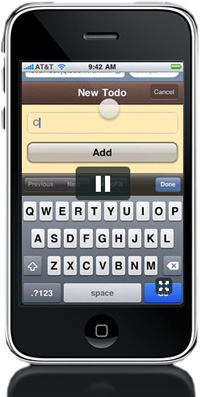 Performance – Okay
It’s dependent on the jQuery library, a library built with the desktop browser in mind, and some question its efficiency. Some complain that animations aren’t smooth enough, although this is a complaint of web apps in general.

Ease of development – Probably the easiest way to build an iPhone app.
Work directly with HTML, CSS and jQuery. If you’re developing something complex, you may find it limited.

Touch-Optimized Web Framework for Smartphones and Tablets. A unified, HTML5-based user interface system for all popular mobile device platforms, built on the rock-solid jQuery and jQuery UI foundation. Its lightweight code is built with progressive enhancement, and has a flexible, easily themeable design. 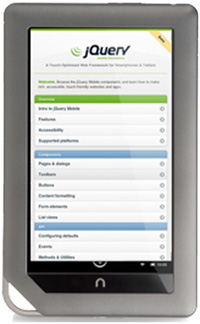 Ease of development – The easiest after jQTouch.
Work directly with HTML, CSS and jQuery. If you’re developing something complex, you may find it limited.

jQTouch is much easier to get running on the fly (you basically design pages in div’s on a single page), however, if you plan to have a lot screens you have to be very judicious about either breaking the app into multiple pages or creating your pages dynamically in JavaScript as (at least on a lot of versions Android and on the iPhone 3G) DOM manipulation with a lot of pages tends to be where slowness happens.

If you want cross platform, web based, mobile support for devices beyond only webkit browsers (iOS, Android, BB 6.0+), you need a scalpel, not a chainsaw. Sencha, jQuery Mobile, and the like are great and give you tons of functionality right out of the box.

I gave jQuery mobile a deeper checkup and I must say… well it’s kinda OK. They added lots of useful features, but the performance on Android sucks (to date). I see a lot potential but in my opinion they should cut down on the features – especially the eye candy – and focus more on stability.

jQtouch is optimized for WebKit, jQuery Mobile is looking to support all mobile devices.

jQTouch is a jQuery plugin (see “Staying on jQuery” section) while jQuery mobile is presented as a framework.

jQTouch is a great framework and we’re proud to have it as part of the jQuery community – we really wanted a mobile framework to exist that would truly support all the mobile platforms out there.

Jquery mobile is great because they will try to support as many platforms as possible. If you run a real mobile site with a lot of users you have to take small platforms into consideration, just like your website needs to support IE 6 if you have lots of users. It’s not fun but it would be bad business not to do it.

jQTouch has a great looking website/demo and was very exciting a year or so ago, but I’ll be happy to see a robust alternative. After having used jQTouch to implement iPhone-specific views for a couple sites, I won’t use it again.

This is the reason I like to use jQuery: I would never have time to take on all the headaches with supporting some of these platforms. I use jQuery so I don’t have to worry about all that stuff and I can get my work done.

Add your comments and opinions below!