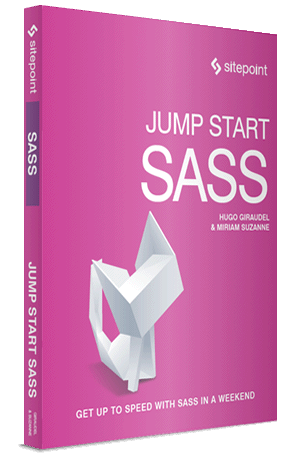 I have a huge announcement to make! Just a few days ago, we added the final touches to our latest masterpiece in the Jump Start collection: Jump Start Sass.

I have been working closely with SitePoint for the past months to write a book on Sass dedicated to people wanting to learn more about the preprocessor, its language and how to use it in daily projects to help boost productivity.

Miriam Suzanne (the author of Susy and the True testing framework) and I have joined forces to offer you a result that is not only comprehensive, but also simple and accessible. Basically, it's 157 pages of awesomeness (in my un-biased opinion!).

Here is the table of contents and a few words on each chapter to get you hungry:

That covers quite a lot, doesn't it?

Who is this book for?

As you can guess from the table of contents, this book is essentially targeted to newcomers and beginners, all the way up to the intermediate level. This is part of SitePoint's Jump Start series, so it's not aimed at advanced Sass users.

However if you feel a bit short on Sass, are not too sure about how to tackle project architecture or simply find yourself in need of a refresher, you’ll be pleased. I promise that.

On top of this book, I recommend you bookmark the SitePoint Sass Reference as a quick reference for features tackled in this book, as well as Sass Guidelines to push the quality of your Sass code to the next level.

It's available on SitePoint Premium, SitePoint's subscription service, or you can order a print or ebook version via O'Reilly.

Alright. Go read it now, and let us know what you think! 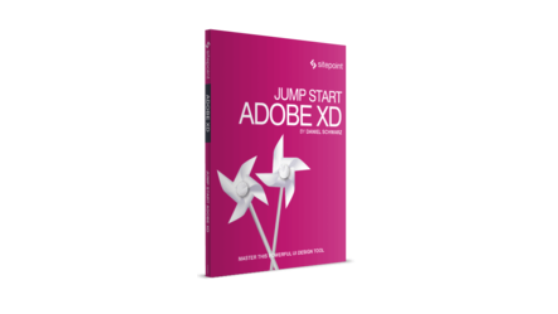