This article was originally published on MongoDB. Thank you for supporting the partners who make SitePoint possible.

Not unlike other startups, Blinkist grew its roots in a college dorm. Only, its creators didn’t know it at the time. It took years before the founders decided to build a business on their college study tricks. Blinkist condenses nonfiction books into pithy, but accessible 15-minute summaries which you can read or listen to via its app.

“It all started with four friends,” says Sebastian Schleicher, Director of Engineering at Blinkist. “After leaving university, they found jobs and built lifestyles that kept them fully occupied—but they were pretty frustrated because their packed schedules left them no time for reading and learning new things.”

Rather than resign themselves to a life without learning, they racked their brains as to how they could find a way to satisfy their craving for knowledge. They decided to revive their old study habits from university where they would write up key ideas from material that they’d read and then share it with each other. It didn’t take long for them to realise that they could build a business on this model of creating valuable easily accessible content to inspire people to keep learning. In 2012, Blinkist was born.

Six years later, the Berlin-based outfit has nearly 100 employees, but instead of writers and editors, they have Tea Masters and Content Ninjas. Blinkist has no formal hierarchical management structure, having replaced bosses with BOS, the Blinkist Operating System. The app has over five million users and, at its foundation, it has MongoDB Atlas, the fully managed service for MongoDB, running on AWS. But it didn’t always.

“In four years, we had a million users and 2,500 books,” says Schleicher. “We’d introduced audiobooks and seen them become the most important delivery channel. We tripled our revenue, doubled our team, moved into a larger, open-plan office, and even got a dog. Things were good.”

Running into trouble with 3rd party MongoDB as a Service

Then came an unwelcome plot twist. Blinkist had built its service on Compose, a third-party database as a service, based on MongoDB. MongoDB had been an obvious choice as the document model provided Blinkist with the flexibility needed to iterate quickly, but the team was too lean to spend time on infrastructure management

In 2016, Compose unexpectedly decided to change the architecture of its database, creating major obstacles for Blinkist as they would become locked in to an old version of MongoDB. “They left us alone,” says Schleicher. “They said, ‘Here’s a tool, migrate your data.’ I asked if they’d help. No dice. I offered them money. Not interested, no support. After being a customer for all those years? I said goodbye.”

After years of issues, it became clear last year that Blinkist would need to leave Compose, which meant choosing a new database provider. “We looked at migrating to MySQL, we were that desperate. That would have meant freezing development and concentrating on the move ourselves. On a live service. It was bleak.”

By this time, MongoDB’s managed cloud Atlas service was well established and seemed to be the logical solution. “We downloaded MongoDB’s free mongomirror service to make the transition,” says Schleicher, “but we hit a brick wall. Compose had locked us into a very old version of the database and who knows what else, and we couldn’t work it out.”

At that point, Schleicher made a call to MongoDB. MongoDB didn’t say, ‘Do it yourself.’ Instead, they sent their own data ninja—or, in more conventional, business-card wording, a principal consulting engineer. “It was the easiest thing in the world,” Schleicher remembers. “In one day, he implemented four feature requests, got the migration done and our databases were in live sync. Such a great experience.”

Now that Blinkist is on Atlas, Schleicher feels like they have a very solid base for the future. “Performance is terrific. Our mobile app developers accidentally coded in a distributed denial of service attack on our own systems. Every day at midnight, in each time zone, our mobile apps all simultaneously sync. This pushes the requests load up from a normal peak of 7,500 requests a minute to 40,000 continuous. That would have slaughtered the old system, with real business impacts—killing sign-ups and user interactions. This time, nobody noticed anything was wrong.”

Right now it feels like we have a big tech advantage. With MongoDB Atlas and AWS, we’re on the shoulders of people who can scale the world. I know for the foreseeable future I have partners I can really rely on.

Schleicher adds: “We’re building our future through microarchitecture with all the frills. Developers know they don’t have to worry about what’s going on behind the API in MongoDB. It just works. We’re free to look at data analytics and AI—whatever techniques and tools we believe will help us grow—and not spend all our time maintaining a monolithic slab of code.”

With Blinkist’s global ambitions, scaling isn’t just a technical challenge; it tests company culture—no matter how modern—to the limits. MongoDB’s own customer focused culture, it turns out, is proving as compatible as MongoDB’s data platform.

“Talking to MongoDB isn’t like being exposed to relentless sales pressure. It’s cooperative, it’s reassuring. There are lots of good technical people on tap. It’s holistic, no silos, whatever it takes to help us.”

This partnership is helping make Blinkist a great place to be a developer.

“A new colleague we hired last year told me we’ve created an island of happiness for engineers. Once you have an understanding of the business needs and vision, you get to drive your own projects. We believe in super transparency. Everyone is empowered.”

Atlas is the easiest and fastest way to get started with MongoDB. Deploy a free cluster in minutes. 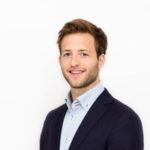