If you ask designers what their least favourite font is, often the reply will be Comic Sans. It is classified as a casual font and was initially designed by Vincent Connare to look like the fonts used in comic books. You see it frequently on fliers, posters and menus, and let’s be honest it just screams AMATEUR! There can’t be too many fonts that are the butt of a joke either: Comic Sans walks into a bar, bartender says, ‘We don’t serve your type.’

Thankfully, Comic Sans is not one of the fonts considered “web safe” or I’m sure we’d see it abused all around the web. There is even a web site dedicated to its outright obliteration. Ban Comic Sans, which has the excellent tag line “Putting The Sans In Comic Sans”, hosts an online petition you can sign to show your solidarity with the movement.

But enough about that font. This article is about alternatives to Comic Sans, and really about pointing out some excellent fonts that are much more in keeping with style of typography used in comic books. Traditionally, all comic books were hand-lettered, although the type was controlled and quite mechanical. The eight fonts I’ve picked out below are created in this style, and there are literally hundreds available. Most of the sites linked to below have more than one comic font for download. Some are more suitable for headings in web design while others could be used for small paragraphs of text on print material. In no particular order here are some of the free fonts for you to add some comic style to your web site or graphic project;

Blambot fonts are one of the best known type foundries for comic style fonts and they have many free and commercial fonts on their site. I’ve picked out two. Crime Wave is this month’s free font, 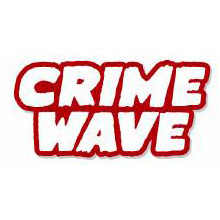 Robot Johnny is the web site of John Martz, a Toronto based cartoonist and illustrator. John provides several fonts under the licence of “Toyware” i.e. the fonts are free for non-commercial use, but if you plan on making money using them, then he requests that you pay a license fee in the form of a toy, book, or something fun.

Helsinki is the font used in word balloons in the web comic Dubmarine by Vic Fieger. It is a refined version of the Vic’s own handwriting, altered to appear more similar to traditional ‘comic book’ lettering.-

ZeroGene by Teabeer studios
Teabeer Fonts are free for non commercial or indie comics use. You will need a licence if you want to use them commercially.

To conclude this article I’d like to mention one other site — Comic Book Fonts. I couldn’t find any free fonts on it, but the commercial ones on it are amazing. It includes fonts created by Dave Gibbons who did the lettering on the Watchmen.

Have you come across other comic fonts you really like? Have you used them in design projects before?