There’s a lot more to typography that just picking a font. It is the ability to choose an arrangement of type that is legible and attractive. In this series, I’m taking a look at four fundamentals that can help you maximize the readability and improve the look of your website. They are;

In a nutshell, contrast is an important factor in how easy it is to read text. You want to avoid making your web visitors squint, or feel the need to put on sunglasses when they visit your site and you can do that by choosing suitable foreground and background colours.

Reversing that out, with white text on black background.

Again, easy to read. However, things would be a little dull on the web if EVERYONE used black and white. Dark coloured text with an off-white background colour, or vice versa, still provides excellent contrast while bringing a bit of colour harmony to your site. Here are some examples of contrast between text colour and background colour that work well. 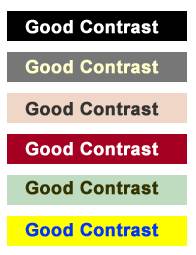 Obviously this is only a small list, but the key point to remember is you want to avoid making it difficult for readers. Always ensure that there is sufficient contrast between text and its background. 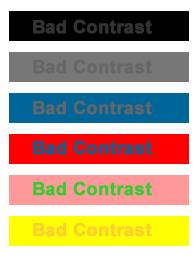 The above are examples of contrast from the wrong side of the tracks – they’re bad! As you can see, some of these colour schemes actually hurt your eyes and should definitely be avoided if you want to keep your readers. The top three are also nearly impossible to read.

Let’s take a look at some working examples of good contrast. I’ve picked out 5 sites that have a colour scheme which uses good contrast, none of which are black and white. 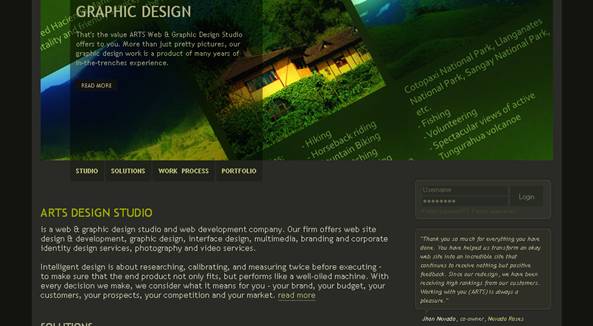 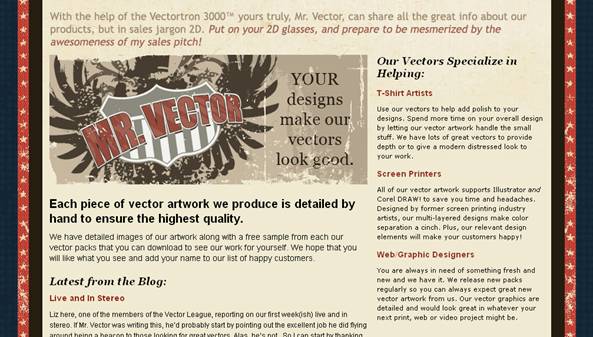 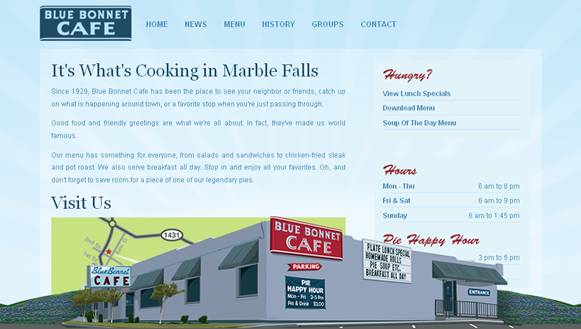 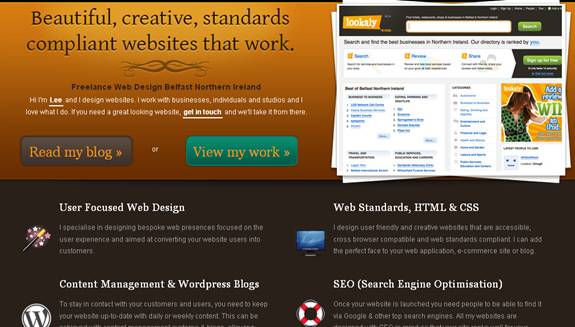 Tomorrow we’ll take a look at how hierarchy can affect typography. In the meantime, have you come across any nice or unusual colour contrast on a web site that you’d like to share?

A Focus on Mind MappingMiles Burke