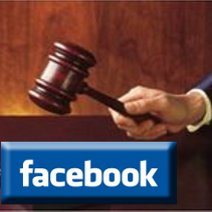 Most recently Facebook has come under fire over any number of important issues. The most fervent uproar has been with regard to rumors that the company intends to sell user data, or at least control it. I have offered my two cents worth with regard to any number of issues surrounding Facebook too, so in fairness I contacted Barry Schnitt, Senior Manager of Communications for Facebook, in order to get some unequivocal answers to some of these questions. The bottom line on user data, according to Schnnitt, is that the company has no designs what so ever in this highly sensitive area.

My concerns over Facebook mirror those of the community. Barry Schnitt and even CEO Mark Zuckerberg have been trying to deal with first one mercuric issue and then another. I wrote a rather scathing article on our new PR blog the other day, to which Schnitt quickly replied. Like any of you, I simply wanted straight answers to some fairly important questions. So, I mailed Schnitt asking for the absolute last word on some of these issues. The questions and Schnitt’s reply were requested for and directed at the SitePoint community. The email Q&A exchange was as follows:

SitePoint: Many people are concerned about Facebook selling their information. Can you as a spokesman for the company categorically deny this might happen?

Schnitt: We will not sell user data. Any assertion to the contrary is false.

SitePoint: In an article I just posted about Apple, MS and Nokia app stores, I made mention of Facebook and alluded to the potential for this community to build an app marketplace of a similar nature. has this been talked about at Facebook?

Schnitt: We already have a thriving developer ecosystem around Facebook. It is called Facebook Platform. More about it can be found here: http://developers.facebook.com/

SitePoint: Given all the hub bub over the Facebook TOS of late, don’t you think it would be a good idea to post a more concrete set of rules and intentions, regardless of how intricate they may be?

Schnitt: I think Mark says it best in his blog post: We still have work to do to communicate more clearly about these issues, and our terms are one example of this. Our philosophy that people own their information and control who they share it with has remained constant. A lot of the language in our terms is overly formal and protective of the rights we need to provide this service to you. Over time we will continue to clarify our positions and make the terms simpler. So, it sounds like you and he are thinking the same thing.

SitePoint: Lastly, many feel that Facebook, given its position, funding, and popularity, should be much more transparent in its business model and bottom line. Why does Facebook appear to be so guarded in revealing earnings, plans and other business aspects?

Schnitt: Facebook is a privately held company. I know of very few privately held companies that disclose specific financial information. With respect to confidentiality generally, our goal isn’t to keep our users from knowing about our business but to maintain a competitive advantage over our competitors. Unfortunately, you can’t share all of your plans with your users and also not let your competitors know. 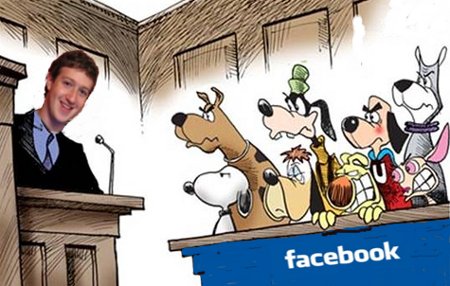 In the absence of categorical proof, we are left with speculation and often doubt. Facebook is a crucial part of the Web community at this point, a business and a popular icon given gravity by the tens of millions of people there. This “people”, or more appropriately “personal” element is the crucial one in that every individual needs to have certain assurances where their data is concerned. This is obvious, but what is not so obvious are other assurances for community and individuals with regard to value, viability, intent and a whole range of other concerns.

Ten Trillion Hours — Justified or Not?

People invest in Facebook, and I do not mean in monetary terms only. To a very real extent, we are what we advocate, and Facebook is one of the most advocated entities in the world. Schnitt has abated at least the data security issue once and for all in my book. As for the several others, though the answers bear weight, still there persists a viability one. No one has really addressed this before, but Facebook and other communities represent a monumental human effort. The collective effort of those millions, directed at nearly any problem, would likely suffice to solve anything. From an individual standpoint, this is not readily felt, but I for one would like to see all our minute endeavor there sustained. Schnitt, and ultimately Zuckerberg, have this to answer the next questions categorically as well, sooner or later.