Towards the end of 2014 I was lucky enough to get hold of press passes for the Dublin Web Summit held at the beginning of November. The event is billed as being “one of the world’s most influential and international tech events” and I can tell you, it was certainly huge, with an awful lot going on. With 26,000 people attending, thousands of exhibitors and hundreds of speakers, it’s not an event in which you can see everything. I learned quickly that it’s an event that should be planned out like a military operation if you want to cover a lot. The event provided a great insight into what we can expect to see popping up in the tech industry into 2015 and beyond.

For exhibitors, you could just say startups, as this is what the majority of them were and they were there to pitch their ideas to major investors. This was done via the PITCH competition, sponsored by Coca Cola and there were two categories: ALPHA and BETA. The reason that I believe SitePoint readers will be very interested in this, and the event as a whole, is for the simple reason that a lot of what we saw was development orientated.

For example, the winners of the BETA award were Portuguese company Codacy, who pitched their startup product:

Essentially this means that the product is an automated code review app which is designed to complement your unit tests and make your life easier. It suggests how code can be improved upon as you work through a project. 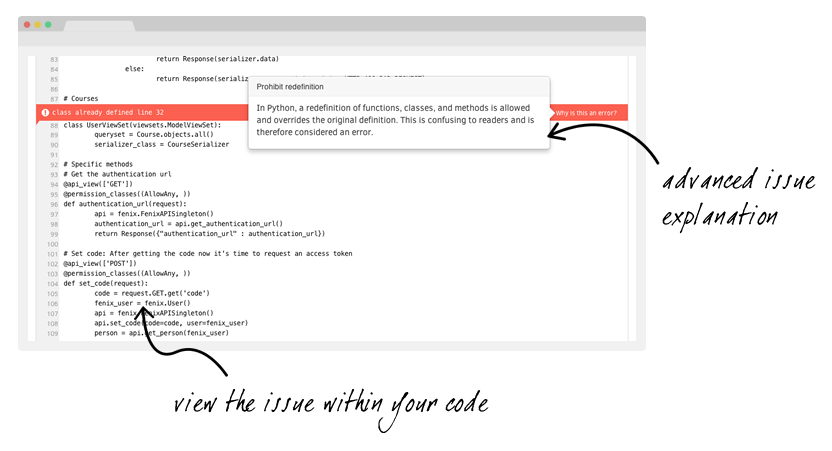 Check out Codacy’s final pitch that won them the competition below – it’s only three minutes long and sets out how a product like theirs can save $1 trillion per year in time spent cleaning up code.

The winners of the ALPHA award was UK company BaseStone, which produces collaboration software for the construction industry. So again, a software product and most of the startups that I spoke to were to do with apps, be it commercial social media apps, software for marketing and sales professionals or apps to help designers and developers. But more on those later. The PITCH competition winners are chosen from a shortlist of 200 finalists, so it’s pretty tough. The pitches themselves were performed on stage as you can see from the video and in front of thousands of people.

This year saw around 1,500 entries from over 30 countries worldwide and the winners of both competitions received 10,000 Euro in cash and the opportunity to be flown to Coca Cola’s headquarters in Atlanta, Georgia where they receive mentorship and have access to the resources of one of the world’s largest brands.

So if you’re a developer with a great idea for an app or some software that doesn’t have to be tech-orientated, then it’s certainly worth considering in the next few years whilst competition is fierce, yes, but still with a fairly low number of entries.

While the name suggests more to do with construction than with technology, the builders summit was the area in which you found the developers. Just so that it’s clear what I’m talking about, there are different summits within the Web Summit itself. There’s marketing, hardware, enterprise, investor, machine and even food, sports and music. Most of this is tech-orientated in some way, so while the sports summit did include some sports stars, they did all talk about how technology is applied within their industry. Oh and there’s the night summit, which is a series of networking events being held in pub crawls around Dublin. Sadly, I didn’t attend any of these as I was staying outside of Dublin with family (but they look like a good giggle, if nothing else).

The Builders Summit was (perhaps unsurprisingly) my favorite room. The ideas in there were fantastic but I don’t think I was alone in enjoying it as the stage for this particular area was generally so busy it was one-in, one-out.

In here I spoke to WP Engine, a fully-managed WordPress hosting platform that was set up specifically for WP users. The platform offers robust, scalable hosting which promises that even if your site gets a sudden and unexpected surge in traffic, it won’t go down, thanks to its EverCache technology which is a proprietary system that moves “hundreds of millions of hits per day through [their] system.” According to Shayada Tobari, who I spoke to, it’s this that also ensures that the platform is one of the fastest to be found.

WP Engine uses an integrated fully-managed CDN to serve content worldwide and the developers came up with some custom code to connect WP events to the front-end Nginx-based systems.

For WordPress power users, WP Engine offer code-level PHP profiling to help you track and fix performance issues by suggesting code changes and error logs so that you can find and fix PHP bugs. It also offers direct SFTP access to the wp-content directory so that you can edit your blog from any machine.

Finally, WP Engine is also the only host that has version control fully integrated into the platform using the open source standard Git-Push so you can deploy using Git, this allows you to keep track of code branches and to collaborate with other developers that might be working on a project with you.

One of the few physical product startups that I spoke to which interested me due to a recent article that I covered on SitePoint on the subject of standing desks. Stir is a new desk that’s out on the market that’s not only very pretty, but has software which learns your habits and prompts you to move when it detects that you’ve been either standing or sitting for too long. You can plug in all of your devices in hidden panels at the back of the desk too, reducing clutter.

It tracks how many calories you burn whilst standing during the day and gives a gentle up-down movement to remind you when it’s time to move. Stir was featured in the Cult of Mac’s The 10 coolest companies founded by ex-Apple employees which isn’t surprising as it’s a cool desk with a very Apple-esque feel to it. 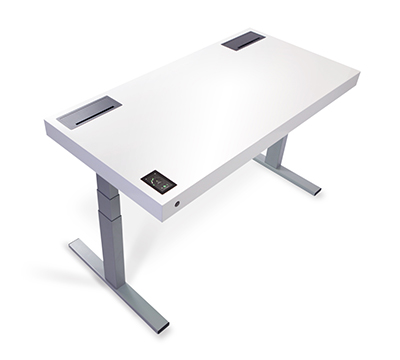 Fancy building an app but don’t really have the coding skills? Then Good Barber is worth checking out as it allows you to design an app for iPhone or Android in just four steps. Choose from the many templates that are provided on the site, add in your content, check it works properly and then publish. The app’s are published under your developer account on app stores so you will need to sign up first if you don’t have an account. I like the idea that anyone with an eye for design and some coding knowledge can design and publish their own app – don’t you?

I spoke to many more startups, from a young lady and her partner who had developed a game that teaches kids how to code from the age of four, to an app developer who’s created an app that tells you how many options there are for you on restaurant menus if you have special dietary requirements. It really makes you proud to be part of an industry that sees so much innovation and so many fantastic ideas.

The Dublin Web Summit is well worth a visit for both business and personal reasons. There are lots of interesting talks where you can hear about the latest innovations across the technology world, plenty to see and if you’re a new startup, plenty of opportunity to get out there and pitch your product to potential investors. It’s also worth mentioning that Good Food Ireland did a fantastic job of feeding more than 20,000 people extremely well and very quickly. I generally wait longer to be served at my local franchised take-out than I did at an event which was quite frankly, packed.