Your boss is about to do something stupid.

You know the routine. They make a terrible decision that ends up costing the company money. When they realize they’ve dug themselves into a deep hole, they’re upset, blaming you or your co-workers.

“Why didn’t anyone tell me?”

It’s a catch-22 many developers find themselves in on a routine basis. Their boss makes an unrealistic request then reacts negatively when you’re unable to deliver the results they want.

What’s wrong with them?

Your boss needs you to change their mind

It doesn’t matter what your boss has on their plate, their job is a difficult one. At any given time, they’re spinning and balancing multiple plates:

There’s a very good chance your manager is discouraged, overwhelmed, and backed into a corner. Many managers don’t have the knowledge, resources, or support they need to do their jobs well.

This isn’t my problem.

Ah, but it is. Your boss is looking for an employee who’s willing to help carry their burdens for them.

If you go out of your way to help your boss or manager, and you do it wrong, it could blow up in your face. Besides, you’re just a developer. What are you supposed to do to help your manager?

Why go to the trouble of changing your boss’s mind?

This is how elite developers are made.

When I use the term “elite”, I’m referring to the top one to ten percent of developers in a given industry or profession. These developers receive a string of benefits other developers don’t:

It’s not about the work.

What does that mean? Elite developers are focused on very different things:

Most developers focus on the work, getting better at their craft, increasing their knowledge, producing higher quality work.

Elite developers do this too.

But they understand that being great (not just good) at your job is an entry-level requirement. This is the part most developers miss; they naturally assume that being a great developer is all it takes to improve your career prospects.

Elite developers use the value formula to create huge amounts of benefits for their managers.

Do you know it?

It’s a formula created by Peter Thiel, founder of PayPal. This is the formula that elite, top performers use in every industry:

Can you see what’s happening?

What kind of value can developers demonstrate?

Think of it this way. There are two kinds of results your manager wants from you: conventional and transformative results. Here’s a quick recap of my previous post.

What’s in it for you? Quite a lot, actually.

If you can change your boss’s mind reliably and in a trustworthy fashion, you can write your own ticket (career-wise). These aren’t lofty or unrealistic claims. Elite developers achieve results like these regularly.

What you’ll need to change your boss’s mind

When it comes to changing your boss’s mind, you’ll need to know the what, when, and how. Here’s a concise breakdown of each.

Change your boss’s mind when:

Do you see the pattern?

Don’t attempt to change their mind if:

Do attempt to change their mind if:

This tactic — changing your boss’s mind — is powerful. It’s a career-ender if this strategy is misused or abused. Following the framework listed above insulates you against any blowback that would cost you your job. At this point, the most obvious question then is, how?

How do you go about changing your boss’s mind?

Most people use push tactics.

They attempt to convince, cajole, persuade, bully, or negotiate their way into the results they want. Don’t get me wrong, these tactics can and do work. When they work, it’s because there’s already a positive relationship established.

These tactics are less effective with acquaintances or contacts.

They tend to backfire because your boss has a sophisticated anti-persuasion filter that protects them from sketchy people and circumstances. When someone you’re unfamiliar with attempts to “persuade” you, what do you do?

There’s a better way to persuade your boss. Jonah Berger, author of the book The Catalyst: How to Change Anyone’s Mind, shares several counterintuitive persuasion secrets.

What sort of secrets?

Push those you’re trying to persuade, and they’ll resist aggressively. Tell or order people what to do, and they’re unlikely to listen. According to Berger, good negotiators focus on relieving pressure rather than banging on the door.

Together, these principles function as a catalyst to R.E.D.U.C.E resistance.

Let’s say you’re trying to get your boss to switch libraries. The tried and true libraries your company uses are outdated and not as robust as you know they can be. You’ve identified a better solution. It’ll save the company huge amounts of time, money, and effort.

It’s a game-changer that will help you ship code 40% faster.

When you bring it up with your boss, he’s resistant. You use R.E.D.U.C.E to change your boss’s mind.

Instead of just coming to your boss and saying, “Hey, we should use this instead,” or groveling for them to see your point of view, you can R.E.D.U.C.E.

If you have a good relationship and a strong track record (conventional plus transformative results), your boss will probably be more open to the ideas and changes you have in mind.

This is how you win hearts and minds.

If you find you’re able to change their mind pretty often, it’s probably going to feel like you’re manipulative.

And it would be.

If you’re ignoring the framework I mentioned earlier, and you’re using R.E.D.U.C.E to deceive, cajole or manipulate your boss, you’re a terrible employee.

But that’s not you now, is it?

If you’re choosing to stick with the framework I’ve mentioned, and you’re willing to do what it takes to act in your boss’s best interest, that will shine through. If you have a strong relationship with your boss and your team, you’ll have the sway you need to make big changes in your organization.

What if you don’t have that?

What if you’re part of an organization where doing this kind of thing will get you fired? Is there a way to change their minds?

Your relationship is the key.

If you can’t build a healthy relationship with your boss or your co-workers, changing minds is the least of your worries.

Your boss wants you to change their mind

Your boss needs your help to address the challenges ahead.

They’re about to do something stupid.

They’re about to make a terrible decision that may make things harder than it needs to be. When they realize they’ve dug themselves into a deep hole, they may feel betrayed.

“Why didn’t anyone help me?”

This may look like a catch-22 many developers find themselves in on a routine basis. Their boss makes an unrealistic request then reacts negatively when you’re unable to deliver the results they want.

Be the change they need.

Be the employee your boss needs to help carry their burdens, and you’ll find your career will grow by leaps and bounds. 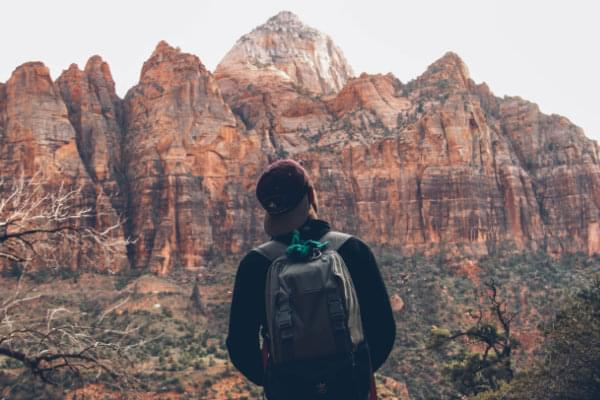