When was the last time you bought something online? Did you find it on your own, or did a blog make the introductions? If you bought that something through a blog, you made that blogger very happy, because he or she received a cut of the sale.

That’s affiliate marketing in a nutshell, and it’s been an internet staple practically since the internet’s inception. However, as the digital landscape continues to evolve, affiliate marketing best practices must evolve with it. For those who want to break into affiliate marketing, it’s important to understand that what may have worked a few years ago may not work in 2016. There’s a new paradigm in town.

Generally speaking, new industries see less competition, and thus, less pressure to innovate. As an industry grows crowded, the increased competition demands an increase in creativity in order to stand out. Twenty years on, the affiliate marketing industry is more crowded than a public pool during a heat wave.

And this competition isn’t just about density. The affiliate marketing industry is attracting bigger players who pay premium prices for articles and mentions on high-ranking sites. These create high-value links.

Johnson explains that for affiliate marketers without a big budget, competing with the big players means more time, work and effort must go into targeting their exact audience. It also means coming up with new and creative ways to get their sites ranked and shared.

One method Johnson suggests is deep demographic targeting. For example, if you’re building a blog or website dedicated to dating tips, don’t settle for a general dating demographic. Maybe you can target single women between the ages of 25 and 29 in New York, or single men ages 30 to 35 who have already been married. The point is to get really, really specific.

Another method is to create your own lead generation funnels, landings, and offers, capture the subsequent user data, and sell that data directly to companies such as eXelate.

“[You are] cutting out the middle man (affiliate network), thus increasing your conversions and control over your whole campaign,” Johnson said.

Remember those “Doctors hate him” ads that sold weight loss and beauty products? Not long ago, those kinds of offers were hot, but affiliate marketers used fake advertorials to promote them. This helped gave the industry a bad name, and got a lot of affiliate networks in trouble. Today, things are a little different.

“These types of offers still do well today, but now they have to be completely legit,” Johnson said.

If you’re going to promote products that carry a negative stigma (weight loss products, rebill offers) you have to come at it from a place of honesty and transparency. Anything that resembles those hokey advertorials will set off a lot of people’s alarm bells. Consumers are wising up, and you have to earn their trust.

A few ways to build this trust:

3. Focus on the Mobile Space

In 2015, mobile traffic exceeded desktop traffic for the first time. Users are also spending more time using their mobile devices than their desktops/laptops.

“As mobile usage continues to rise, we are seeing a massive amount of money and lead generation taking place in the mobile advertising and app space,” Johnson said. “This is probably one of the hottest areas right now.”

To stay competitive in 2016, affiliate marketers simply have to take their activities mobile. That means your advertising dollars should be channeled into the mobile space. That also means your website must be mobile optimized, or at the very least, mobile friendly. Sorry to be the one to tell you this, but up to 70 percent of customers fail to complete mobile transactions on an unoptimized mobile website.

4. Build Something of Your Own

When Johnson first started making money online in the mid-90s, he sent his visitors to Amazon, where he would earn a commission on all referred sales. Then he began building out his own lead generation sites and started focusing on mailing lists. In 2005, he launched a social media site that netted him over $800,000 in four months. In 2007, he launched his blog ZacJohnson.com and began focusing on becoming his own brand.

“The takeaway here is that the opportunity that lies within affiliate marketing is amazing,” Johnson said. “However, as you start to learn more about the industry and come up with new and creative ways to make money with it, you should also start building something of your own as well. This way, no matter what happens to the campaigns you are running, or the advertisers/networks you are working with, you will always have something to fall back on.”

If 2016 is the year you try your hand at affiliate marketing, it’s important to remember that saturated markets and hip consumers require a more honest and creative touch, and ignoring – or half-assing – the mobile space is a one-way ticket to failure. Also consider building out your own brand so you don’t have to rely on other affiliate networks for the rest of your digital days. For some, affiliate marketing is the be-all and end-all. For others, it’s just a stepping stone – albeit a big one. 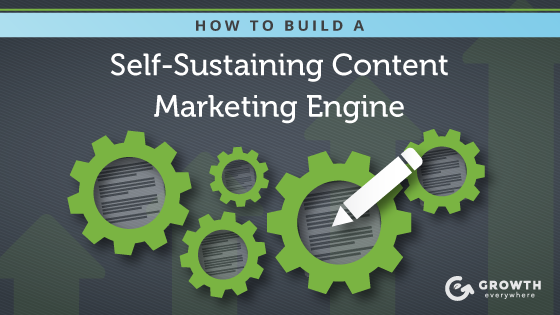 How to Build a Self-Sustaining Content Marketing EngineEric Siu 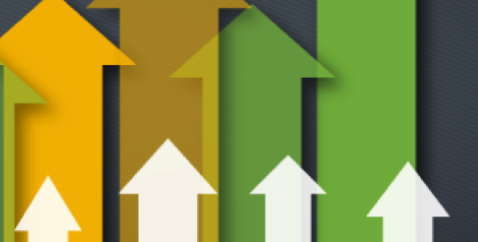