Recently, I published a roundup of some effective tools to help you name your startup. Tools can be a great help but there is definitely a sense of satisfaction in doing it on your own. Below are a few ideas that will help you brainstorm a new brand name! 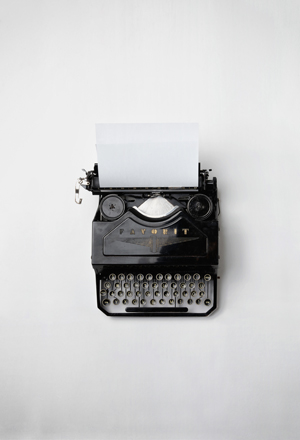 Thanks to Unsplash for the image.

A good brand name can be very important — every time you explain what your product or service does, the first thing you mention will be the name.

Often you’ll already have a word in mind that is closely related to your product or service. This root word shouldn’t be thrown out just because it’s too bland or common; there are many ways to develop this root word into a brand name.

Let’s start with something very common — joining two common words to create a new word. You can join two nouns (like Facebook), a noun and a verb (SendGrid) or pretty much any two words! There are plenty of startups who have used this technique and you will find examples everywhere you look — Foursquare, Grooveshark, SlideShare.

To go one step further you could look at creating a portmanteau. A portmanteau joins both the sounds and meanings of two words. A good example of a portmanteau is Pinterest, a site that lets you pin your interest. Not only are portmanteaus common in naming companies, many are already in common use. For instance: spork (spoon and fork), smog (smoke and fog) and Brangelina (Brad Pitt and Angelina Jolie).

Ever heard of Odeo? Don’t you think it instantly lets you know that it’s sound-related? Well, it sounds very similar to audio and that’s the idea. It’s helpful for your brand name to carry some meaning. Odeo was started by Blogger founder Evan Williams as a podcasting company (Evan also went on to create Twitter and Medium). It’s often difficult to produce such witty names, but it’s certainly worth giving some effort because you might just get lucky.

Many companies integrate their domain name with their brand in such a way that they create something unique and easy to remember. Take for example Last.fm, Secret.ly and Slid.es.

Sometimes, witty domain names are used as URL shorteners too. Hackerne.ws for HackerNews is a good example.

Here’s a list of top level domains to help you figure out something cool!

Link to an Experience

If you haven’t had any luck so far, you can try thinking of something that relates to an experience. For instance, Paper Boat is a fruit juice brand in India that relates to childhood experiences with its flavors. Their target is to take their customers back to their childhood where making paper boats was a common and enjoyable activity.

To spice up your root word, you can try adding a suffix. Here are a few examples; some of which also use their top level domains to create a new word.

Another option is to try adding prefixes like get (FileCloud) or on (onSwipe).

As many of us nerds know, Google is actually a misspelled version of googol (interestingly, my spell-checker thinks that googol is spelled incorrectly, but identifies Google as a correct word). Over the years, there has been a growing number of companies following this trend — Tumblr (tumbler), Reddit (read it) and Scribd (scribed), for instance.

The word Apple is not related to computers, but as we know Apple begun as a manufacturer of computers, until they changed their name to Apple Inc. Many thought that Apple’s name and logo were in honor of Alan Turing, a respected mathematician and computer scientist who committed suicide by taking a bite of a poisoned apple. The suspicion that it was in fact in Turing’s honor was laid to rest after Steve Jobs was quoted admitting “God we wish it were. It’s just a coincidence.” You can try naming your brand something completely outside the niche of your product or service, but it might not always work out! Perhaps name your brand in honor of someone whose work allowed your idea to be born?

If you are still unsure about what name is best for your startup, perhaps it’s time to give foreign words a shot? Keep in your mind that the name should not be too complex to remember! Sportskeeda — sports worm (keeda is Hindi for worm) — was inspired by the word bookworm.

If you want to go even deeper you can look at fusing a foreign word with another in a portmanteau. A great example of this is Verizon, a combination of veritas – Latin for truth – and horizon.

Meaningless (Not for Long?)

If this article hasn’t helped you so far, it might be time to go ahead and name your startup “Kagazzle”. Or how does “Azoofile” sound? You’re free to use an utterly meaningless word and get away with it. Try FakeWord for a bit of fun and you might stumble across something that actually fits quite well.

The penultimate thing to do once you think you’ve hit the jackpot is the T-shirt test. Would you like to wear a T-shirt with your brand’s name on it? Try wearing one for a day and see how comfortable you feel and much attention you get. Do people instantly have an idea of what your brand is about? Do they need to?

The one last thing to check is pretty important — the availability or your desired domain. What if you were to name your brand “Orange” and there was no reasonable domain available? Currently orange.com and orangeapp.com are both taken.

If your domain is going to be an important part of your brand you should check for availability before you print your business cards. The American band Linkin Park initially wanted their name to be Lincoln Park, but due to unavailability of the domain, they changed to Linkin Park instead. If you ask me, the latter is way cooler!

Did these brainstorming tips help you to come up with a name? Do you have something else that has worked well for you? If all else fails, you’re welcome to choose Shaumikapp!