WordPress celebrated its tenth birthday earlier this week. Within that time, the PHP/MySQL open source product has grown from an obscure fork of b2 to become the world’s most-used Content Management System. The first edition was released by founders Matt Mullenweg and Mike Little on May 27, 2003. The impressive statistics:

To celebrate the anniversary, WordPress meet-ups are planned in 656 cities around the globe. 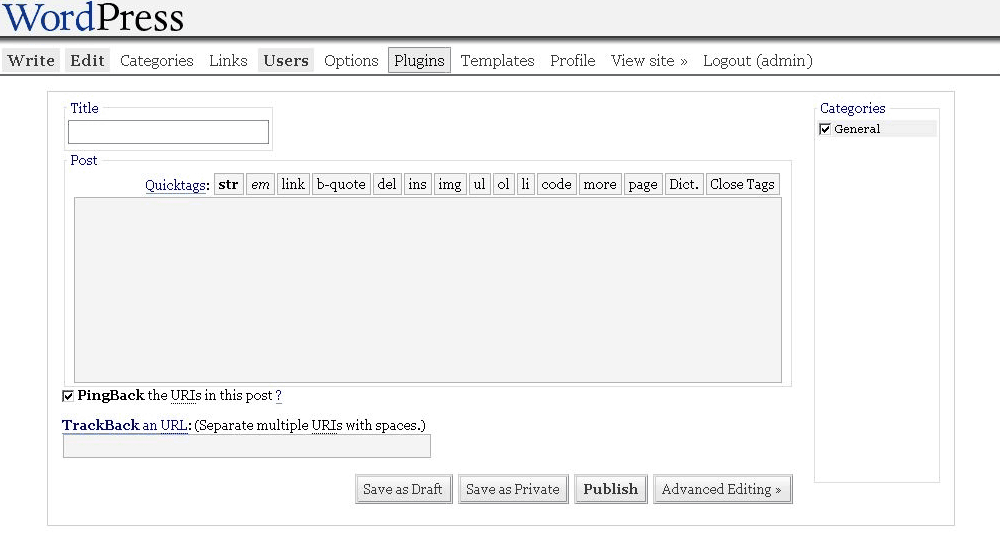 But It’s Just a Blogging Platform?

While WordPress has its roots in blogging, assuming it’s only for blogs is a like assuming YouTube is only for mildly amusing cat videos. There are two factors which separate WordPress from other Content Management Systems:

Yeah, But the Code’s Awful

WordPress was initially developed on PHP4 and, even then, the developers ignored many of the platform’s rudimentary object-oriented programming concepts. WordPress will never win awards for coding elegance but it’s straightforward and permits those with limited programming experience to create a working CMS-powered website.

In many ways, WordPress is a lesson to those of us who strive for code perfection: it may be unrefined, but it works and has attracted a huge community of third-party developers.

The Next Ten Years?

I encountered WordPress in 2004 following the release of version 1.2. It was revolutionary in a world where most web-based Content Management Systems were far to complex for the average user. It deserves its market share and it will be difficult for any other application to challenge WordPress’ dominance. (Ghost looks interesting, but so have many other platforms — and they weren’t attempting to use Node.js which is dwarfed by the availability of PHP).

WordPress has a bright future. It has its detractors, but remember there are two types of CMS platform: those which people complain about and those which no one uses.