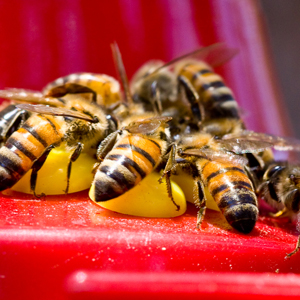 According to Wikipedia, viral marketing is:

“A marketing technique that uses pre-existing social networks to produce increases in brand awareness or to achieve other marketing objectives (such as product sales) through self-replicating viral processes…It can be word-of-mouth delivered or enhanced by the network effects of the Internet.”

While it can be very powerful, it’s not easy to create a viral marketing campaign, unless you have tens of thousands of followers on Twitter, hundreds of friends on Facebook, lots of subscribers on YouTube, and a large and responsive e-mail list. Oh, and a message that gets others pumped up and excited to spread it.

So how do regular people interested in creating a buzz for their products and services go about making something go viral?

What Makes Something Viral

First, let’s look at what makes something go viral. If you boil it down to the basics, you can define the essentials of viral marketing with these four elements:

Now, how can you orchestrate these elements to create an effective viral marketing campaign?

The first consideration is your product or service itself. Does it have the ability to get people excited and entice action? People get excited by things that benefit them in some way. If your message doesn’t offer people something they need, something they want, or an opportunity to support something they believe in, you may need to rethink a viral campaign.

Getting the Support of a Major Influencer

Major influencers are basically just people other people respect and listen to. They typically have a positive reputation, a very deep reach and the ability to create a buzz effortlessly. If you don’t happen to have any major influencers in your network of personal contacts, there are ways you can get the support of one:

Focusing on Consistent and Well-Spread Marketing

It’s not enough to stick with one outlet and hope for the best. In order for your campaign to be effective, you need to spread your message out as far as you can. Keep current clients in the loop, reach out to colleagues for support, utilize your e-mail contacts, hit social media, blog it, and talk it up. While you should keep your marketing activities consistent across the board, be conscious of how much and how often you are plugging your product/service. If too many people see your message too often in too many venues, you can easily kill your campaign.

The truth about viral marketing is that many times it comes down to being in the right place at the right time. While you can’t entirely control this, if you do everything else consistently and are ready to capitalize on an opportunity when it presents itself, the possibilities can be massive.

Have you been able to make a message, product or service go viral? How did you do it?

4 Ways to Create Viral Content without Selling Your SoulStephen Altrogge

The Buzz About the Vibration APIColin Ihrig