Prior to writing for SitePoint, and before ReadWriteWeb, I wrote for a rather large political blog. Since, one of my favorite things to write about is the intersection of politics and technology. I’ve scaled that angle back a ton in the months since joining SitePoint, because I know my audience here is more global and many of you truly don’t care about American politics. But since today is election day in the US, and it comes after one of the longest presidential campaigns in American history, one that will result in a history making first no matter who wins (first African-American president or first female vice president in the US), and because it was the first time that the web has truly been a major factor in presidential politics — I’ll ask that you please, indulge me for a moment.

Though Howard Dean may have been the first candidate to show that the Internet could be important in politics when he ran for president four years ago, it wasn’t until this year that campaigns truly began to figure out how to use it. The two best examples were probably Ron Paul — whose grass roots supporters used the web to organize massive fundraising drives in his name and pooled their resources to dominate social media coverage — and Barack Obama, who used the web to build what political analysts have called one of the most efficient campaign organizations in history.

Thus, it is fitting that there are a number of options for us to take in the election via the web. There is plenty of live coverage from major media outlets via the web this year. ABC News and Politico will steam live via Ustream.TV, while USA Today and C-SPAN (McCain and Obama) are using Mogulus, for example.

The Associated Press will have live election coverage for the first time ever via streaming video, and there are great election results dashboards available from CNN, the New York Times, and Google.

But web 2.0 is about people power. So the most interesting use of the web for election coverage is in those sites and projects that aggregate what people on the ground — the actual voters — have to say.

GroundReport is a CC-licensed citizen journalism platform where people can post video, photographic, or text accounts of news they witness. Count on a lot of it being about the election today.

Social|Median has a special election page set up were people can submit election news and discuss and debate it.

Memeorandum, the political counterpart to Techmeme, keeps a pulse on the political blogosphere, which will understandably be dominated by election news tonight. Often times, the blogs have the scoop before the major TV networks, so keep an eye on Memeorandum to stay abreast of the major trends and stories.

Digg has had an election category for some months now, and today expect interesting election related news to bubble up fast and furious.

Twitter Vote Report is a cool project that monitors polling stations around the country via Twitter. If there is any suspected fraud going on, expect to hear about it here first.

YouTube is the place to be if you’re more of a visual person. Their “videoyourvote” channel in partnership with PBS encourages people to take videos of polling places to reduce the likelihood of funny business. Pulling off vote fraud is made much harder when there are so many eyes on the ground documenting what is happening around the country.

Twitter itself has a special elections page that streams tweets about the candidates and the election. Some people are even using Twitter to try to predict the election’s outcome.

Friednfeed‘s US Politics room is a popular hangout for political junkies to talk about, share information, and debate tonight’s election. For those of you sick of all the election noise, try out the No Politics Allowed room, where there are some adorable cat pictures.

Current TV has a special election show tonight, co-hosted by by Digg and Twitter, with video from 12seconds.tv. They promise an experience dictated by users, that unites the “best of social media with a real-time broadcast of the most important results, facts and information.”

Tweet Row to History is the only partisan site on our list, but it should be interesting for supporters of either candidate to watch. Barack Obama randomly picked 10 donors to sit in the front row for his victory/concession speech tonight. He just happened to choose Bruce Williams, of Rails performance monitoring company FiveRuns, who along with his guest Damon Clinkscales (Austin on Rails, Snaptweet), put up a quick site to capture the entire experience live, via Twitter. 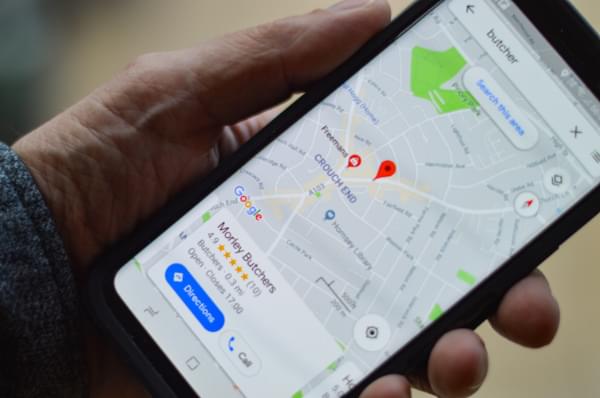 Skeletal Tracking with JavaScript and the Leap MotionPatrick Catanzariti

Tracking — CSS letter-spacing and Where to Use ItSimon Pascal Klein