First, I want to make clear that I’m not a fan of 100% automated personal Twitter accounts. Not only are they considered spam by many, but those who automate all the time are missing out on one major part of social media — the conversations.Having said that, there is a place for streamlining your social media presence through automation. Let’s say, for example, that you have a business Twitter account that was created with the sole purpose of spitting out relevant articles and related business news to your followers. Or, maybe you use a combination of feeds, scheduled and live tweets with your account. Or maybe, most commonly, you just want to feed your blog into your Twitter account. 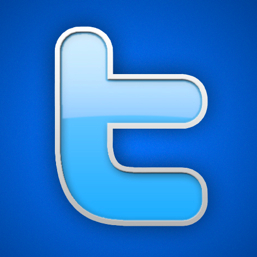 In these cases, you can drastically improve your ability to provide useful and timely information to your followers by using a Twitter automation tool. Here are five for you to consider, with varying levels of automation.

I’ve written about HootSuite before, and it’s worth mentioning again. HootSuite allows you to automate by scheduling tweets and adding RSS feeds. It also has other features that may not automate per se, but allow you to use Twitter more productively.

SocialOomph (formerly TweetLater) is a social media productivity tool that focuses on automation. Some of the automated tasks you can create in SocialOomph include scheduling tweets, sending automatic and broadcast DMs (use cautiously!), automatically following your followers, creating recurring and bulk tweets, and adding your blog RSS.

Twaitter is a Twitter tool created just for automation. Some of the automation tasks you can do include scheduling tweets, translating tweets, adding RSS feeds and mass scheduling.

Even automated Twitter accounts are subject to incoming tweets. It’s a good idea to check your @replies occasionally to see what people are saying about and to you so you can respond accordingly.

TweetAdder is unique in that it is software that you download and install, instead of a tool you use online. It’s an automation tool that lets you auto follow and unfollow, schedule tweets, send automatic DMs, and mass delete DMs.

A simple Twitter automation tool created for sending RSS feeds directly into your Twitter account.Do you have a favorite tool for automating Twitter?Twitter “t” used here was created by: JoshSemans

Automating LIFX Lights With The LightBlue Bean and IFTTTPatrick Catanzariti