The Future of WebOS seems uncertain, so when the opportunity to listen to the VP of Worldwide Developer Relations knocks, you open the door. And so it was as I walked in to The Establishment in Sydney last night, in attendance for the WebOS Connect event.

Richard Kerris took the stage for less than ten minutes. He was nice, and humble, and funny, took a moment to introduce the new WebOS Pivot magazine and reinforce the notion that they are a developer focussed company, then promised us a couple of speakers and a few ‘adult drinks’ afterwards.

Most telling, Richard closed with a frank statement that there would be no formal Q&A and the reason for that was equally simple and straight-forward, “I can’t answer your questions”. So to be fair, the elephant in the WebOS room was acknowledged. Onwards.

Rod Whitby is the founder of WebOS Internals and is smart enough to include diagrams of the WebOS System Architecture in his slides. His first point: the WebOS architecture is wide open, no jailbreaking is required, one can even enter developer mode with the Konami Code.

The story is, that with Preware and Homebrew, a world of applications, patches, themes, services and kernel extensions awaits. Pretty geeky stuff, but there is surprisingly good documentation out there, offering the ability to improve performance and overhaul the UI of WebOS devices.

One more thing, there’s an app for that. WebOS Internals have a Preware Homebrew Documentation app in the WebOS App Catalog, explaining all of the above. They haven’t bricked a device yet, and some of their patches work has been taken into official WebOS releases.

The long and short of it, is that there exists a reasonably sized and sophisticated open source styled developer community around WebOS. And that community has been granted power and influence in a way that no other platform appears to offer, thus far.

John Allsopp should need little introduction for BuildMobile readers. John is an author, developer, conference organiser, film star and all round BS artist. The focus of his discourse this evening was on the aptly named “Web” app on the TouchPad, which is based on WebKit.

As he talked to the slide deck, and made his slide advances, the audience pointed their HP TouchPad to the Presentation App and the slides advanced on the devices in hand at the same time as the live presentation. Okay there was a hitch, as expected in all live demos, but the theory was sound.

The gist here, is that with the platform explosion we have witnessed in recent times come developer challenges in the form of platform fragmentation and the myriad programming languages. Yet the constant in these things is first class web technology support on the majority of platforms.

To quote John, “WebOS is the first platform to make web technologies key development tools”. And as Rod before him mentioned, the high perfomance Javascript server Node.js ships on the TouchPad. Add to that Local Storage, CSS3 Selectors and CSS3 Animations, and so on and so forth.

Whilst there is perhaps a little money to be made in selling WebOS apps this month and next, I’m not convinced there is a sustainable income to be derived from that in the long term. There is no certainty of the platform’s future at this stage, there remain more questions than answers.

With regard to the HTML5 explosion, if WebOS devices can ship with a capable WebKit browser, then conceivably so can any other platform. Notably, at this stage the venerable PhoneGap can make your web app WebOS native, but I’ll bet those guys will support any significant platform.

The chatter upstairs over ‘adult drinks’ was undeniably optimistic. But one has to bear in mind we were fed, then handed fine wines and exotic cigars in a convivial atmosphere. Some were given TouchPads. The lady of ample proportions didn’t sing. Don’t overlook this Tweet from Richard Kerris. 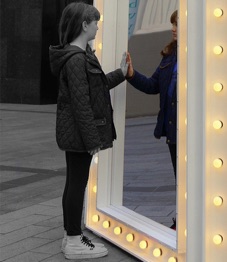 Finding the Elephant in the CloudLarry Glover

The Future of WebOSPaul Bridgestock