In June 2001, I switched my Website’s back-end database from MySQL to PostgreSQL. It only took me a day. Since that time, Postgres has worked flawlessly, confirming that I made the right choice.

In the first tutorial in this series, I explained how to convert data from MySQL to Postgres while avoiding potential pitfalls. I also explained the reasoning behind my move to Postgres. In this article, I’ll guide you through the other half of the conversion process and explain how to take existing MySQL PHP code and make it Postgres-friendly.

Before you go muddling around in code, you need to take some preparation steps. The conversion process will vary depending on your coding skills and site complexity, but it will certainly be noticeable if you try to change things on a live site. To avoid annoying errors while you work on the site, make a copy of your site in a working area of your Web server. In my case, I set up a special subdomain for testing while I modified the code. Since the site automatically calculates URLs based upon some basic settings in a configuration file, this was easy, but you may have to make some changes to your code to make it work whether you choose to place the work-in-progress version in a subdomain, in a sub-folder of your site, on another Web host, or on a local development machine.

Remember: if you put the work-in-progress copy on another machine, make sure that the Web server is configured just like the live site, or you may run into trouble. If your Web host only allows Postgres connections from the live Web server, you may have to copy your Postgres data over to the development server as well. For more information on copying a Postgres database, see the documentation for pg_dump and pg_restore on www.postgrsql.org.

Once you have copied your site and have tested it to make sure it works normally, you’re ready to pull out the scalpel and start hacking away.

First, create a central configuration file if you don’t already have one. This makes it easy to change Postgres server settings within your code and have the changes instantly affect your entire site. Make sure that the configuration file is not in a Web-accessible spot on your Web server, which is a security risk. The default include directory for PHP is /usr/local/lib/php/, so you may want to have your Web host create a directory there for any configuration files you don’t want accessible from the Web. Also make sure it’s not readable by other people using your Web host’s services. If your site, like mine, includes a standard header file, you can include the Postgres settings file from there. It goes something like this:

Or if you use persistent connections:

However, PHP’s Postgres connect function takes a single string argument, unlike the MySQL function, which takes multiple string arguments. The Postgres functions also let you specify which database to use when you initially connect. Here’s an example:

The persistent connection function works exactly the same, except it requires a call to pg_pconnect().

As you can see, the differences between PHP’s MySQL and Postgres support in connecting and querying aren’t great, but the differences in function arguments make the editing process slower. To speed things up, you can write some wrapper functions that take the same arguments as the MySQL functions but connect to Postgres instead. If you have a central library of utility functions, you can place them there. You could also put them in the configuration file explained previously, since it is automatically included into every page.

Whether or not you use wrapper functions, converting the connection code and query calls is pretty simple. Postgres is mostly able to support the old SQL queries used under MySQL, but you might have to tweak your queries a bit. Since data models and code vary from site to site, I won’t explain things here. However, converting the SQL isn’t that hard. Convert the code first, then see what queries fail in Postgres. Next compare the MySQL Language Reference side by side with the PostgreSQL Users Guide. You probably won’t have to do more than just finding the Postgres equivalent of MySQL features, as Postgres supports all of the common MySQL features.

Now that you have made the connection and query code Postgres-friendly, it’s time to get your hands dirty. The differences between PHP’s MySQL and Postgres support place several hurdles to working with result sets that will require some more code tweaking.

PHP’s Postgres result set handlers can do everything their MySQL counterparts can; they’re just slightly different. These small differences may require nothing more than a little modification to code, but they might also require some involved programming.

First, look at what is similar between MySQL and Postgres. The following is a list of common MySQL result handling functions and their Postgres counterparts:

mysql_num_rows($result) Returns the number of rows in a result set. This is only valid for SELECT STATEMENTS

mysql_affected_rows($result) Returns the number of affected rows in an INSERT, UPDATE, or DELETE SQL query

mysql_fetch_object($result) Fetches one row of data and returns it as an object. Field names can be accessed using class syntax. (as in $field1 = $var->field1;) This function keeps an internal value to make sure it returns the next row each time it is called.

mysql_fetch_row($result) This function returns a row of the result set as a numeric array. The values can be accessed using array syntax, starting with 0. (as in $field1 = $var[0]). An internal counter keeps track of the rows and passes a new row result each time it is called.

mysql_fetch_array($result) This one is identical to the other two fetching functions, except it returns an associative array with row results ($field1 = $var["field1"];).

pg_numrows($result) Works exactly the same as its MySQL counterpart

pg_fetch_object($result, $row) Fetches a designated row of the result set. The $row value must be included, and there is no internal counter. Otherwise, it works just like the corresponding MySQL function.

pg_fetch_row($result, $row) Returns a numeric array of the result from the specified row. The row number <b>must</b> be included. Unlike its MySQL equivalent, no internal counter keeps track of row results.

pg_fetch_array($result, $row) Identical to its MySQL equivalent except for the requirement of specifying the row to return and the lack of an internal counter.

For more information on PHP’s MySQL and Postgres functions, see the PHP Documentation on PHP.Net.

The starkest difference between PHP’s MySQL and Postgres support is in the actual reading from result sets. Where MySQL automatically determines for you which row to return results from, Postgres requires you to specify the row you want to read from. This tends to get in the way of many common MySQL data-reading algorithms. Here are a few short examples of the kind of problem you might run into, as well as two ways to solve it.

Of course, the previous functions will not work if you want to work with two result sets in the same loop, as there is just one internal counter per fetch type. If for some reason you need to read from more than one result set interchangeably, you’ll have to use the traditional Postgres method.

Another problem you may run into when changing your code is the absence of a Postgres equivalent of MySQL’s mysql_insert_id(), which returns the index value of the last INSERT query. The PHP documentation’s language may mislead one to think that pg_getlastoid() does the job, but that is not the case. The lack of such a function is actually not a downside, for it is a result of Postgres’s power in allowing multiple auto-incrementing fields through the SEQUENCE system.

Fortunately, getting the last ID is easy. Sequence information can be accessed through SQL, so the following replacement for mysql_insert_id() is possible:

Because Postgres uses a special naming system to name sequences, the function I created above requires the tablename and fieldname. When called, the function above will retrieve the last sequence value used for any SERIAL fields you may have in your table, even if there are more than one.

By using the previous techniques, you should be able to get your MySQL site successfully running PostgreSQL. However, that’s just the first step; read on to see a list of useful PostgreSQL resources.

The first and foremost PostgreSQL resource can be found at the PostgreSQL Non-FAQ Documentation Site. This valuable resource provides an extensive list of books, quick references, tech guides, and even jobs. It also has a list of resources on changing back-end databases from MySQL to Postgres, as well as troubleshooting help and information on everything PostgreSQL.

Another good PostgreSQL-provided resource is the PostgreSQL Interactive Documentation, where you’ll find out anything there is to find out about using PostgreSQL.

Xach Beane, famous for his work on The GIMP, has also written a script to convert MySQL dumps to Postgres dumps. His script handles a few more things than covered in my article series, so check it out. Of course, it doesn’t handle things flawlessly, so you may have to use it warily.

Dobrica Pavlinusic has also written a script that handles MySQL to Postgres conversion. Note again that the source claims its own inability to handle some things, so you may have to just resort to hand editing as explained in my previous article.

A very thorough PostgreSQL & PHP tutorial can be found here. It starts at installation and goes on right through to explain from the beginning how to use PostgreSQL. This tutorial should be required reading for beginners.

Bruce Momjohan has written a book on PostgreSQL called PostgreSQL: Introduction and Concepts, published by Addison Wesley. You can even view it online!

Finally, OpenDocs is publishing Practical PostgreSQL in conjunction with O’Reilly. The book is due to be out in the beginning of October, 2001, but you can read it on the OpenDocs Linuxports.com site.

Moving your site’s back-end from MySQL to PostgreSQL is a wise choice. Converting your site takes time and dedication, but by following the proper steps, your site can rest upon a more robust database system with many more options for future expansion. Like me, you won’t regret it!

Nathan, also known as The Rubber Paw, programmed his first game of Pong in 1994. A web professional since 1998, Nathan likes tech writing so much, he's studying English at Elizabethtown College. 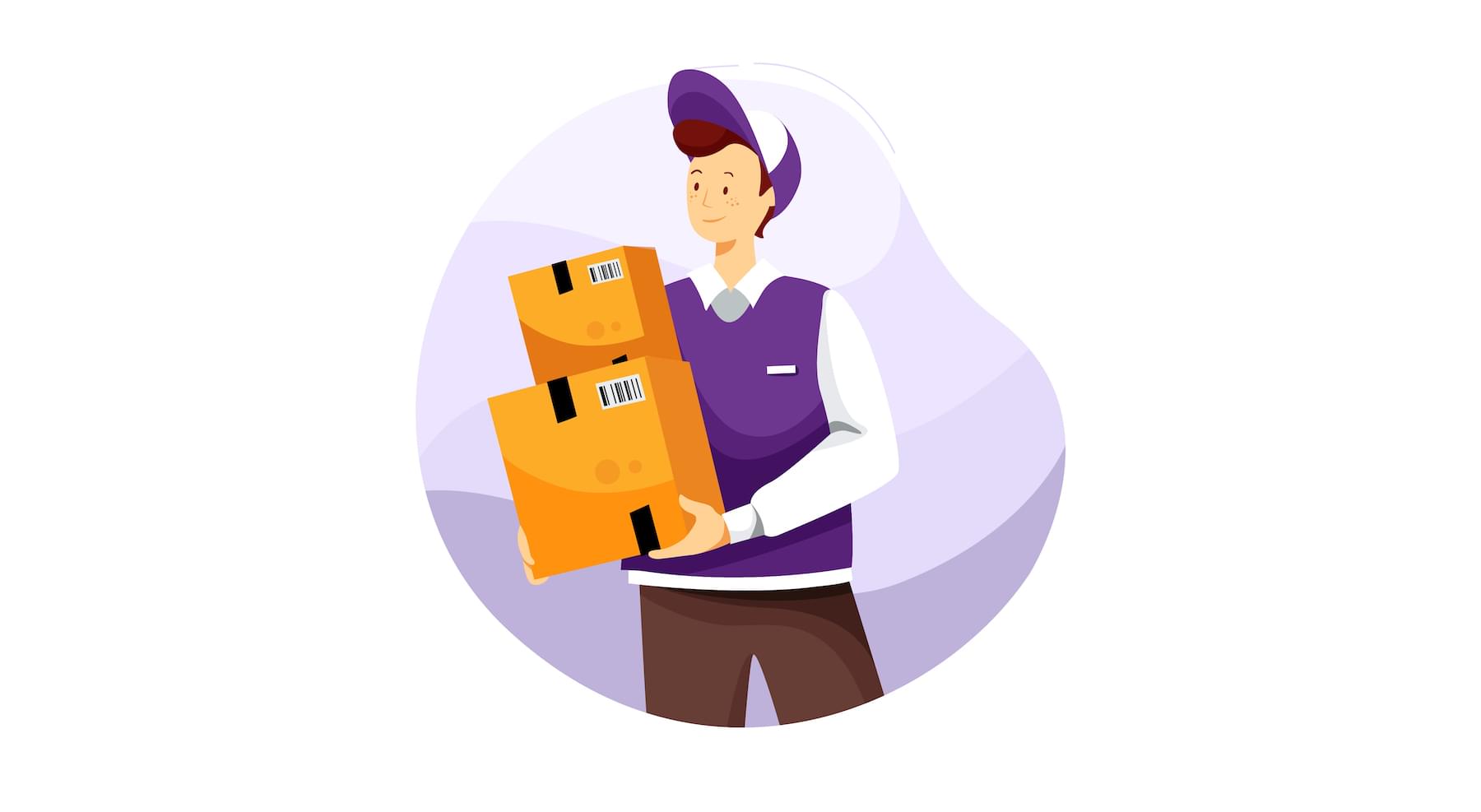