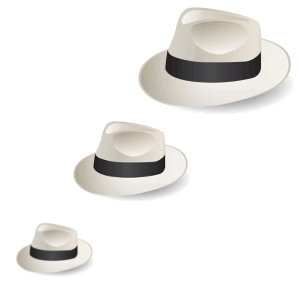 One of the great things about Sinatra is its lack of opinions. It lets you build applications any way you like. But this freedom can often be confusing – what is the best way to structure an application? Of course there’s no one right answer to that question, but in this post I’m going to look at three different styles of structuring a Sinatra application.

Sinatra is often used to develop small applications and APIs, but it can easily cope with complex modular applications with large amounts of end points. I’ve chosen the names of the three different styles of application structure based on the size of the application:

To demonstrate each of these three different structures, I’m going to build an application, using exactly the same underlying code in each of the three styles.

The Application – A Caesar Shift Cipher

The application will add a method to the string class called caesar_shift that will encrypt the string using a Caesar Shift Cipher. There will be two route handlers needed for this application – one with a form to enter the string and one that displays the message in plaintext and ciphertext.

A SMALL application is literally just a single file. Everything is in the same file: the code, route-handlers (controllers), helpers, views and even the tests. Yes that’s right, the tests are in the same file as the app! This might seem completely nuts to some people, but I think that the fact that you can produce a full-stack application in just a single file is a truimph of Sinatra that is often overlooked.

This type of structure has the following advantages:

Here’s the first part of the application, which is simple saved in a file called main.rb (or any other filename you prefer):

In this code, we require Sinatra as usual, then open up the String class and add a caesar_shift method. The ne2w method uses scan to iterate over each character in a string and shift any letters along by the value of the shift argument, then capitalizes the result. Any values that aren’t letters, for example punctuation are simply left as they are.

After this comes the helpers, in a block:

This is a straightforward helper for generating the title of the page. The title can be set in the route handler using the instance variable @title, otherwise it defaults to “Caesar Shift Cipher”.

Next, it’s the route handlers:

The tests come next. In order to be able to run tests from within the same file, they need to go inside the following if statement:

This is testing to see if there is an argument of ‘test’ when the program is run.

If the argument is provided, then set the environment to ‘test’ and stop the Sinatra app from running:

The actual tests come next. I’ve written a couple that test the caesar_shift method and another that tests that a POST request actually returns an encrypted string:

To run the tests, simply enter the following in a terminal:

I discovered this method of adding tests to the same file as the application in a blog post by Avdi and Dan.

Last of all come the views. Becuase we’re using inline views, we need to mark out the end of the file:

Each view’s name then begins with the double ampersand @@ with the code written in ERB:

A MEDIUM sized Sinatra application will still use the classic-style but will also add a views folder and have a separate file for tests. This is quite a common set up for most Sinatra projects and is often used in online tutorials.

It has the following advantages:

A LARGE Sinatra application uses Sinatra’s modular-style structure and looks a lot more like a classic MVC-style architecture. In this structure, we still use separate folders for views, but we add folders for tests and helpers.

Another big difference is separating the route handlers from the String methods that implement the caesar cipher. The caesar cipher code should be able to be used as a standalone Ruby program that doesn’t require Sinatra. For this reason, we put it in the lib directory in a file called caesar-cipher.rb.

The route handlers are placed inside a Controller class that inherits from Sinatra::Base in the controller.rb file:

Notice that we have to explicitly register the helpers at the top of the Controller class using the line helpers TitleHelpers. This is because we have moved the helpers into a separate module in their own folder that contains a file called helpers.rb:

All the helpers are just in one module at the moment, but as the number of helper methods grows, we can separate them into different modules and only register the modules that we require in the controllers.

The tests are also placed into separate files based on whether they are testing the web application or the caesar cipher code. In this case, the result is one file for the caesar_shift method tests and another file for the route handler tests. To keep things DRY, we create a file called test_helper.rb that includes all the setup code for the tests:

This file is then required in all the other test files. For example, here is the test_caesar-cipher.rb file:

To run the tests, use the following code:

The advantages of this style are:

If an application gets very large then it can start to outgrow even the LARGE structure. The next stage would be to break the application up into different modules and perhaps create a Controller class that other classes could subclass. Some of the helpers could also be turned into Sinatra extensions. This would create a structure similar to the MVC framework I described building here.

Many people would feel that Rails would be more suited for this type of application, but Sinatra is more than capable of handling such complex applications.

Which one of these is the best? Well, the good news is that you don’t have to choose one or the other. In fact, the nice thing about all of these is that you can easily move up from one size to the next in a gradual fashion. You could have a great idea one day and put together some code all in the same file using the SMALL style, just to see if it works. Then as the number of route handlers, views, and tests begin to grow, break them out into their own separate files and use a MEDIUM style. After a while, as the project gets more complex, separate the different parts of the project into their own discrete classes and start to organize it into a LARGE modular structure.

The wonderful thing about working this way is just how organic it is – the application structure can change and adapt to fit the size of the application as it develops. If you’ve built the application from the ground up, starting SMALL, you will have a full understanding of how everything fits together as the application grows to MEDIUM and then to LARGE.

In this post, I have presented three different sizes of application structure that can be produced using Sinatra which hopefully demonstrate just how flexible it is. Do you think these three sizes cover everything?

Which “size” is the closest example to your Sinatra apps? Could Sinatra really be used to build an XL-sized application? Do you have anything else to add? As usual, leave your comments below. 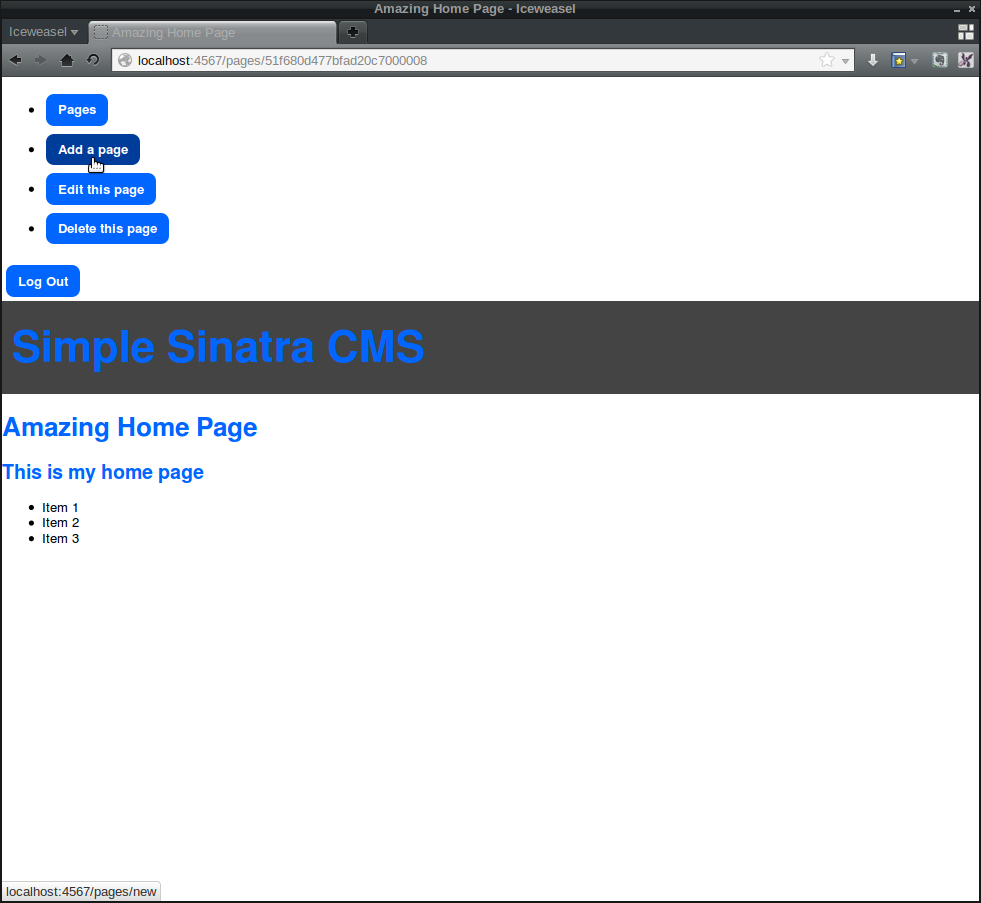