Scaling from 4K to 40 million at Dropbox

I was in charge of scaling Dropbox for a while, from roughly 4,000 to 40,000,000 users. For most of that time we had one to three people working on the backend. Here are some suggestions on scaling, particularly in a resource-constrained, fast-growing environment that can’t always afford to do things “the right way” i.e. any real-world engineering project!

One technique we repeatedly used was creating artificial extra load in the live site. For example, we would do a lot more memcached reads than necessary. Then when memcached broke, we could quickly switch off the duplicate queries and have time to come up with a solution. Why not just plan ahead? Because most of the time, it was a very abrupt failure that we couldn’t detect with monitoring. Note that it’s not perfect to just do extra reads because it’s more likely that high write load will cause problems, but writes are hard to simulate (risk of endangering data, not getting a realistic amount of lock contention). In my experience extra reads alone are actually good enough to buy time.

Another thing that became increasingly useful while scaling was to have thousands of custom stats aggregated over thousands of servers graphed. Most out-of-the-box monitoring solutions aren’t meant to handle this sort of load, and we wanted a one-line way of adding stats so that we didn’t have to think about whether it costed anything, or fuss around with configuration files just to add a stat (decreasing the friction of testing and monitoring is a big priority). We chose to implement a solution in a combination of memcached, cron, and ganglia. Every time something happened that we wanted graphed, we would store it in a thread-local memory buffer. Every second we’d post that stat to a time-keyed bucket (timestamp mod something) in memcached, and on a central machine, every minute, the buckets in memcached would get cleared out, aggregated, and posted to ganglia. Very scalable, and this made it possible for us to track thousands of stats in near real time. Even stats as fine-grained as “average time to read a memcached key” that happened dozens of times per request performed fine. Of course, when you have thousands of stats it becomes tough to just “look at the graphs” to find anomalies. Here is one summary graph that we found the most useful: The top line represents average response time on the site (we had one of these graphs for web traffic, and one for client traffic). Each segment represents a partition of work. So you can see there was a spike in response time at around 1:00 which was caused by something in MySQL commit phase. Our actual graph had a bunch more segments, so imagine how much screen real estate this saves when you’re trying to figure shit out. “CPU” is cheating, it’s actually just the average response time minus everything else we factored out. If there is a way to do this, it would also be cool to have markings on the graph that point to events you can annotate such as code push, or AWS outage.

If you haven’t used the shell much, it can be eye opening how much faster certain tasks are. Let’s say you’re trying to debug something in your webserver, and you want to know if maybe there’s been a spike of activity recently and all you have are the logs. Having graphing for that webserver would be great, but if it’s on 1 or 5 minute intervals like most systems it might not be fine-grained enough (or maybe you only want to look at a certain kind of request, or whatever).

Very quickly you have a nice graph of what’s going on, and you can tailor it easily (select only one URL, change to a histogram, etc.). Almost all the command line tools take line separated, space delimited 2D arrays as input, with implicit numeric conversions as necessary, so you don’t usually need to do backflips to pipe programs together. They also don’t throw exceptions on bad data, which I think is a good thing when you’re just trying to do something quickly and don’t care about a few dropped data points. If you’re unfamiliar with command line tools, here is a shortlist I’d recommend becoming acquainted with: sed, awk, grep, cut, head, tail, sort, uniq, tr, date, xargs

Log spam isn’t all that bad. We used to have so many random print statements scattered around the code that would end up in our webserver logs, but I can’t count the number of times it turned out to be unintentionally useful. It’s almost a way of randomly tracing your code. So for example, in debugging a particularly nasty race condition, I noticed that a particular “## your special comment ##” wasn’t getting printed where it should have, and that made it clear where the problem was happening.

If something can fail, make sure it does

If you have something that you know can fail at any point, and you think the failover will be graceful, you should actually test this every so often. Randomly take that server off the network and make sure the failover works, because a couple of things can happen:

These things are better to figure out in peacetime, so it’s best to make this stuff happen intentionally. Maybe it sounds stupid to run fire drills on the live site, but testing environments are not sufficient and this is really good insurance.

The above points also go for stuff that just doesn’t run all that often in your codebase. If you can afford to push code through the infrequent code paths more often it’ll save some headaches. Like if you have a cron that runs every month, maybe run it as a dry-run every day or week to make sure that at least the assumptions are consistent, so you don’t have to debug it after a month’s worth of commits. Same goes for scripts that are only run manually.

We once long ago had two shards for user data, and once it started getting full I added a third shard to put new users in. Damn, that was a headache! So then we had two shards growing at almost exactly the same pace, and a new one that was growing much faster, meaning we’d have to reshard at different times. It’s much better (but obviously trickier) to just split each shard into two and keep them all looking the same. Homogeneity is good for hardware too, as capacity planning becomes a simpler problem.

Every time the site goes down or degrades (even short blips), write down the start and end times for the outage and then label it with any applicable causes (bad code review, insufficient monitoring, log overflow). Then when you look at the list you can objectively answer the question “what can I do to minimize the most minutes of downtime right now?” by figuring out how to cover the most minutes. Solutions might span multiple problems and each problem might be solvable many ways, so it helps to write down as much as you can. For instance, proper monitoring might alert you to an impending disk full problem, or you can limit the amount of stuff being written to disk.

Keep everything in UTC internally! Server times, stuff in the database, etc. This will save lots of headaches, and not just daylight savings time. Some software just doesn’t even handle non-UTC time properly, so don’t do it! We kept a clock on the wall set to UTC. When you want to display times to a user, make the timezone conversion happen at the last second.

For those that are curious about what we chose and why, the software we used was:

Pretty standard. The reason why we chose each of these things was the same — reliability. Even memcached, which is the conceptually simplest of these technologies and used by so many other companies, had some REALLY nasty memory corruption bugs we had to deal with, so I shudder to think about using stuff that’s newer and more complicated. My only suggestion for choosing technology would be to pick lightweight things that are known to work and see a lot of use outside your company, or else be prepared to become the “primary contributor” to the project.

Simulate/analyze things before trying them

Unlike product, which is harder to reason about, backend engineering is fairly objective (optimize page load time, uptime, etc.) and so we can use this to our advantage. If you think something will produce a result, you might consider simulating the effects in an easier way before committing to implementing it. Like toying around with moving your database server to a place with more latency, add in a few ms of latency in your low-level database glue and see what happens.

Security is really important for Dropbox because it’s people’s personal files. But all services are different, and many security decisions will inconvenience someone, whether it’s a programmer or a user. Having internal firewalls between servers that don’t need to talk to each other — again a good idea. But if your service doesn’t actually need this, don’t necessarily do it, or do it where it matters. Maybe this is controversial… but security is something that people like to do lip-service to and armchair philosophize about, but in reality I think a lot of services (even banks!) have serious security problems. So figure it out if it really is important to you (are you worth hacking? do you actually care if you’re hacked? is it worth the engineering or product cost?) before you go and lock down everything.

Rajiv Eranki is an MIT graduate who was the second engineer at Dropbox, in charge of scaling the website to 40 million users. 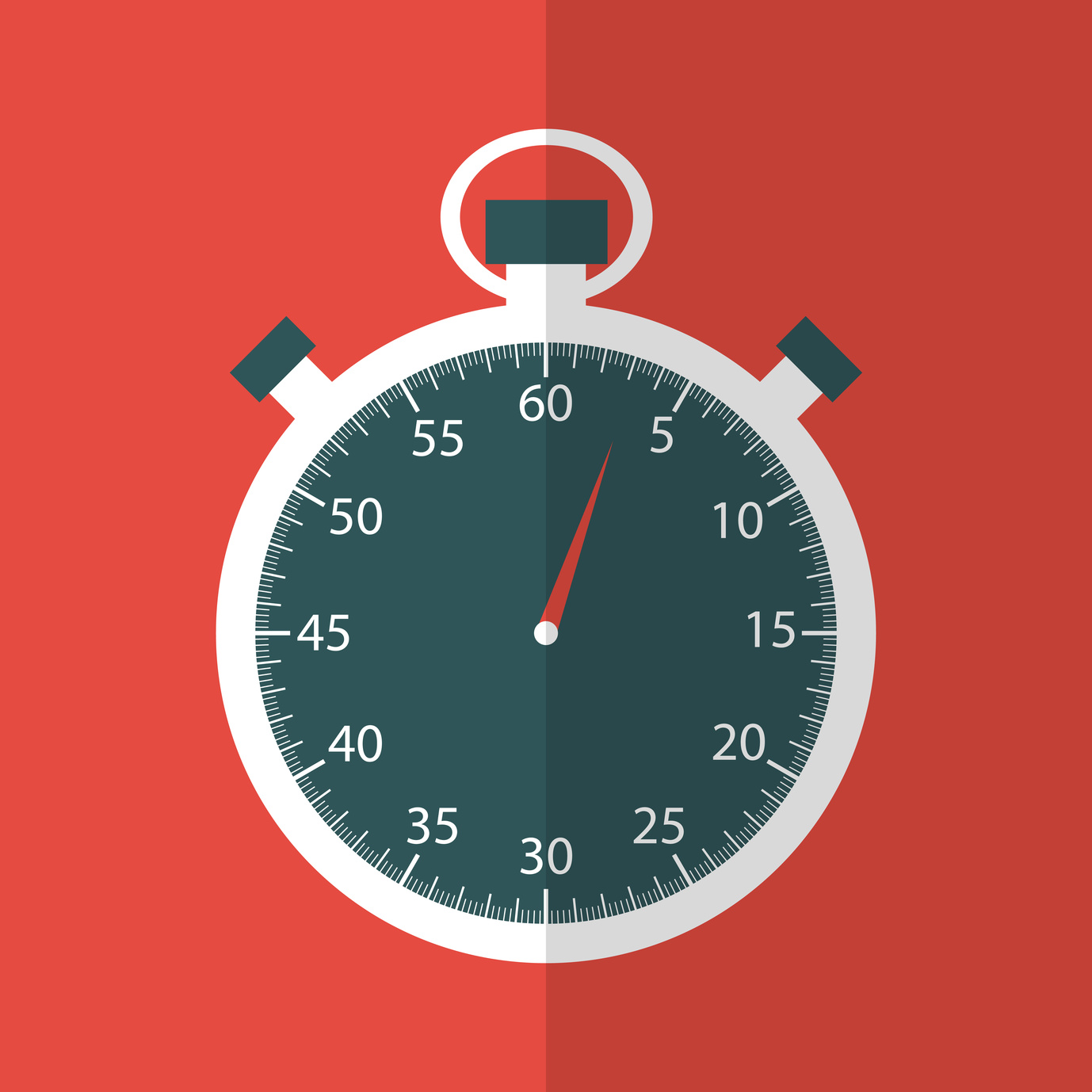 How to Use Easy File Sharing in DropboxCraig Buckler